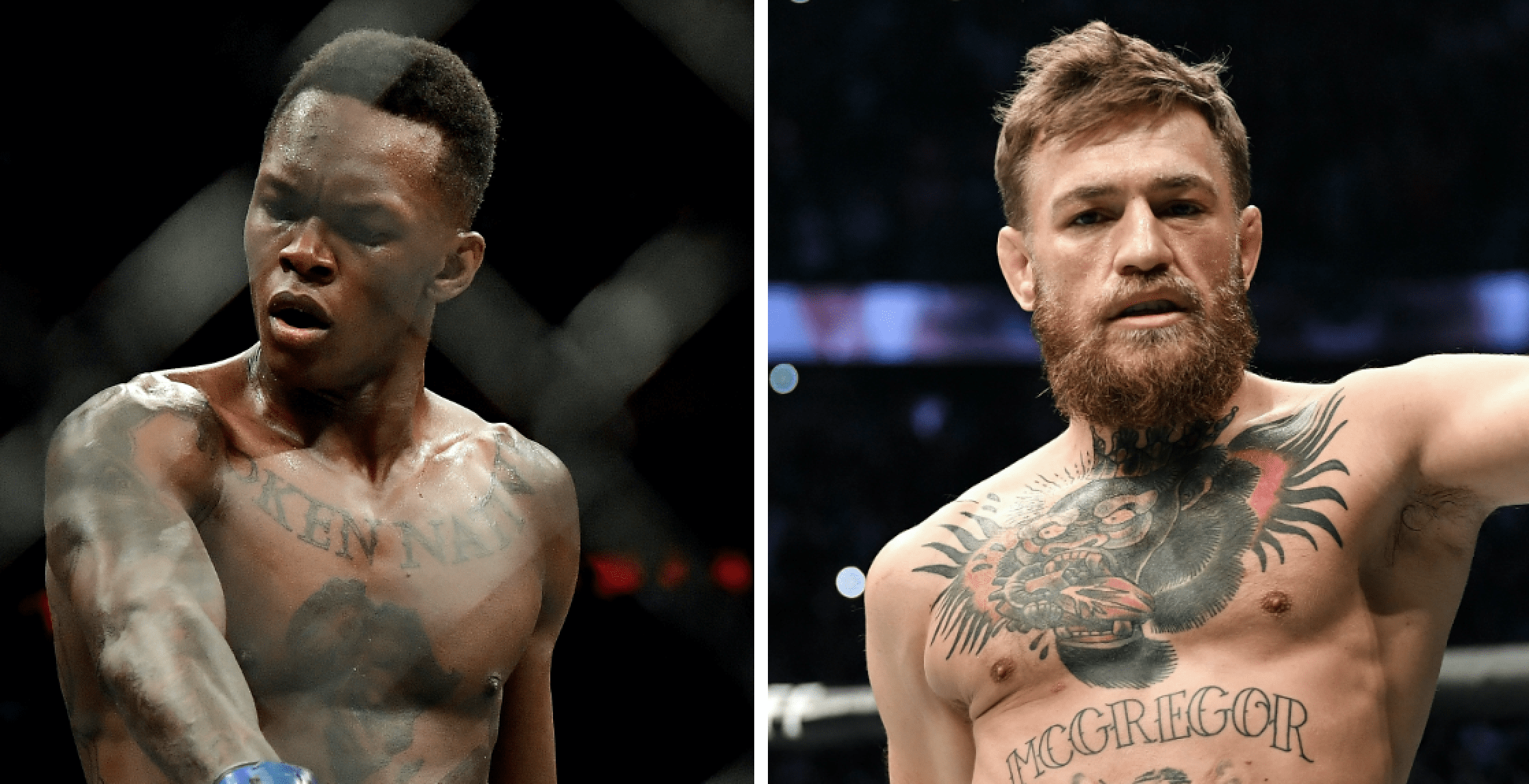 When Israel Adesanya won the UFC middleweight title last October, within just two years of making his promotional debut, the incredible start to his UFC career was compared to that of a certain Conor McGregor. But with dance moves on top!

This past weekend was a big one for both men. While McGregor returned to the Octagon after a lengthy layoff, Adesanya had his first title defence confirmed. ‘The Last Stylebender’ will defend his belt against Yoel Romero at UFC 248.

McGregor made a successful return after fifteen months away, by stopping ‘Cowboy’ Cerrone after just 40 seconds of the UFC 246 main event, in a performance that impressed Adesanya, whom he shares the same Paradigm Sports Management team.

“It was great, I loved it. I appreciated the way he played the game. I loved the shoulder strikes, that was gangster. I liked the head kick, that was sick, it was real slick. I’m a big fan,” Adesanya told ESPN.

Talking of his own fight career, Adesanya said that while he’s happy to be fighting Romero, he was hoping to fight sooner, but acknowledged that as the champion, you can’t always fight exactly when you want.

“I would have liked to have fought sooner, I guess, but that’s just not how things played out. I’m in a different league now, I’m the champion … but it is what it is, I’m here now and I have a fight ready. So I’m just going to line them up like I did in my run at the beginning of my UFC career.”

Although Paulo Costa is the number one contender in the UFC middleweight division, having had surgery on his bicep at the end of last year, he won’t be heathy to fight until May or June. And rather than waiting, Adesanya wanted to fight sooner, and against the man no one else wants to fight.

“[I’ll] take out one of the tough guys in my division, the guy no-one wants to fight, so I’ll just take him out first and then work through the rest.”

Before the 30 year old gets to make his first title defence, the UFC visits his home country, New Zealand. Although himself or his teammate, the UFC featherweight champion Alex Volkanovski, won’t be on the card, Adesanya said he is excited to watch some of his other teammates compete at UFC Auckland.

“It’s a beautiful atmosphere in the gym. Everyone working hard, working smart, towards the same goal. I must say that I’m looking forward to being front and centre watching Brad Riddell, Kai Kara-France and a few of the other guys fight the night before as well. It’s beautiful.”

UFC Auckland goes down at the Spark Arena in Auckland, on February 23rd. The card will be headlined by Adesanya’s teammate Dan Hooker, against Paul Felder.

The following month, Adesanya will defend his 185lbs title against Romero in the UFC 248 main event, which goes down on March 7th at the T-Mobile Arena, in Las Vegas.

Adesanya became the UFC middleweight champion by knocking out Robert Whittaker at UFC 243. It was his seventh win in just twenty months, since signing with the UFC. And took his professional MMA record to 18-0.

How do you think Israel Adesanya will do against Yoel Romero at UFC 248?