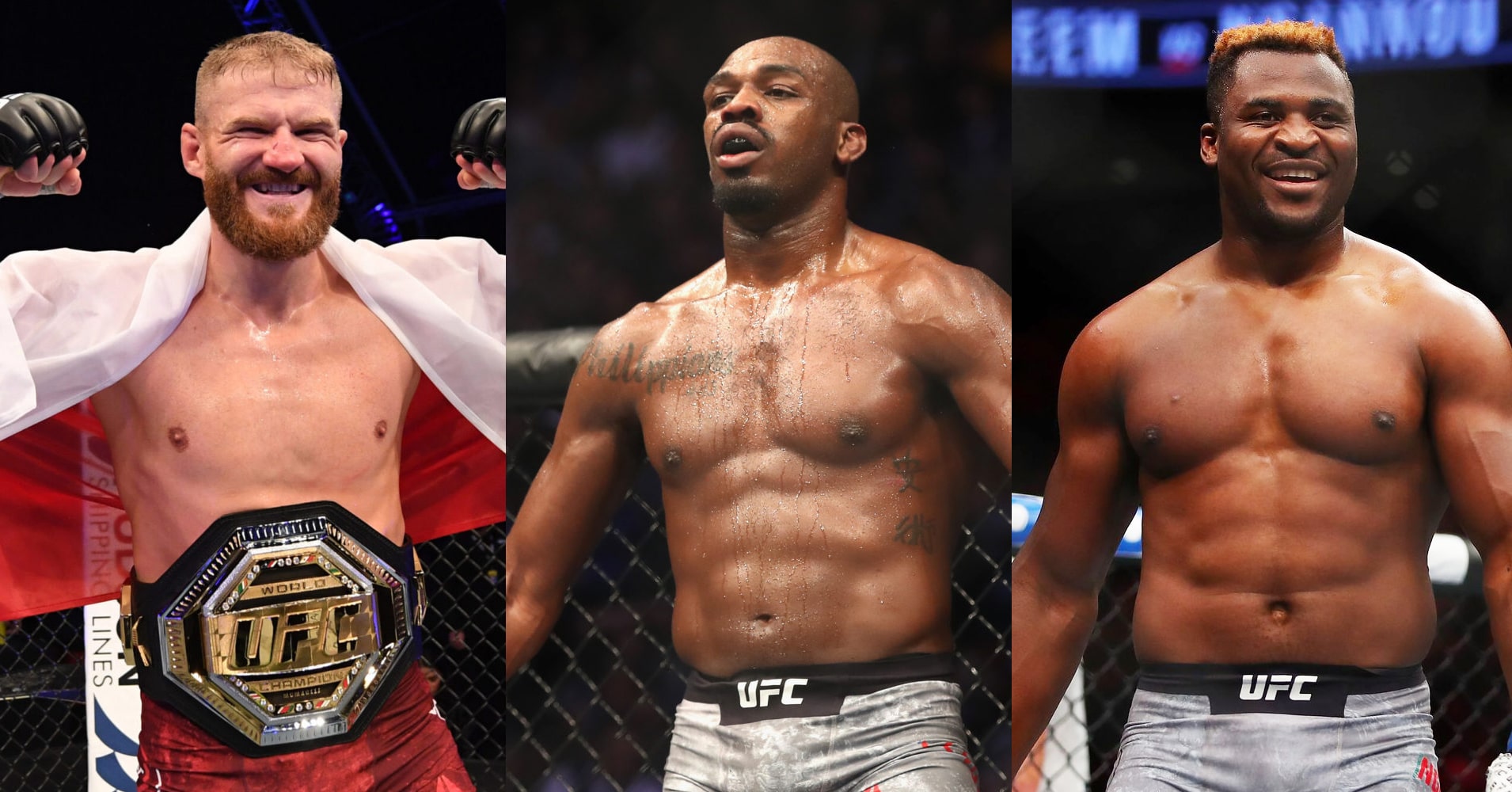 UFC light heavyweight champion Jan Blachowicz is open to moving up to heavyweight to fight Jon Jones and the newly-crowned champion, Francis Ngannou.

Blachowicz called for a title fight with the then champion Jones, after beating Corey Anderson last February at UFC Rio Rancho. A few months later however, ‘Bones’ vacated his belt, making way for the Polish powerhouse and Dominick Reyes to fight for the vacant title at UFC 253, which the ‘Prince of Cieszyn’ won with a second round TKO.

He then went on to successfully make his first title defence last month at UFC 259 against Israel Adesanya, who moved up a weight class to try and become a two division champion. Speaking to RT Sport (as transcribed by MMA Fighting), Blachowicz said that while he thinks his next fight will be against Glover Teixeira, he’d happily fight Jones.

“Now I am the king of 205 [pounds], but he can come back to 205,” Blachowicz said. “I can meet him at 205 or at heavyweight, I don’t care. I’m just waiting for the next fight, for the next decision. If the UFC gives me Jon Jones I would be happy. If not, I will be happy about my next opponent. I think my next opponent will be Glover Teixeira but we will see. But if Jon Jones, I think he will stay at heavyweight, but if he changes his mind, I’m waiting for him. No problem.”

While Blachowicz understands why Jones moved up to heavyweight, he said he’ll be waiting for him, should the Albuquerque native decides to return back to light heavyweight.

“Then maybe he will come back to 205. We’ll see. But then he’s gonna meet me. I’m waiting for him. He promised me this fight after I knocked out Corey Anderson, so I’m just waiting for him. But we’ll see.”

Moving Up To Heavyweight

While he’s focused on the light heavyweight division for now, Blachowicz believes he will move up to heavyweight at some point down the road.

“Why not?” Blachowicz said. “I feel great, no injuries. I’ve still got fire inside me. I still enjoy the fights, I still like to do this. It’s not only my job it’s my passion, my hobby, something that I love to do. So yeah, when I finish my career it’s gonna be at heavyweight. I like to eat, I like food. I don’t like cutting weight but I have to do this right now. But in the end of my career I will finish my career at heavyweight. And I would like to just try to fight against the bigger guys.”

At UFC 260, Ngannou knocked Stipe Miocic out in the second round to win the heavyweight title. While Blachowicz credits ‘The Predator’ for his ferocious power, he said that he will accept a fight with the Cameroonian in a heartbeat and prove to the world that there’s no alternative to his ‘Legendary Polish Power’.

“If UFC sends me, ‘You want to fight against Francis?’ why not?” Blachowicz stated. “I don’t have time for don’t accept fight like this. If they want to make fight like this, I would accept it, no problem. He’s got amazing power. He’s got power like Predator. He has great power but nobody has power like Legendary Polish Power.”

In a series of tweets, Jones responded to Blachowicz by telling him to build his own legacy instead of talking about him, and rejected the idea that he’s scared to fight the Cieszyn native.

How do you rate Jan Blachowicz’s chances against Jon Jones and Francis Ngannou at heavyweight?