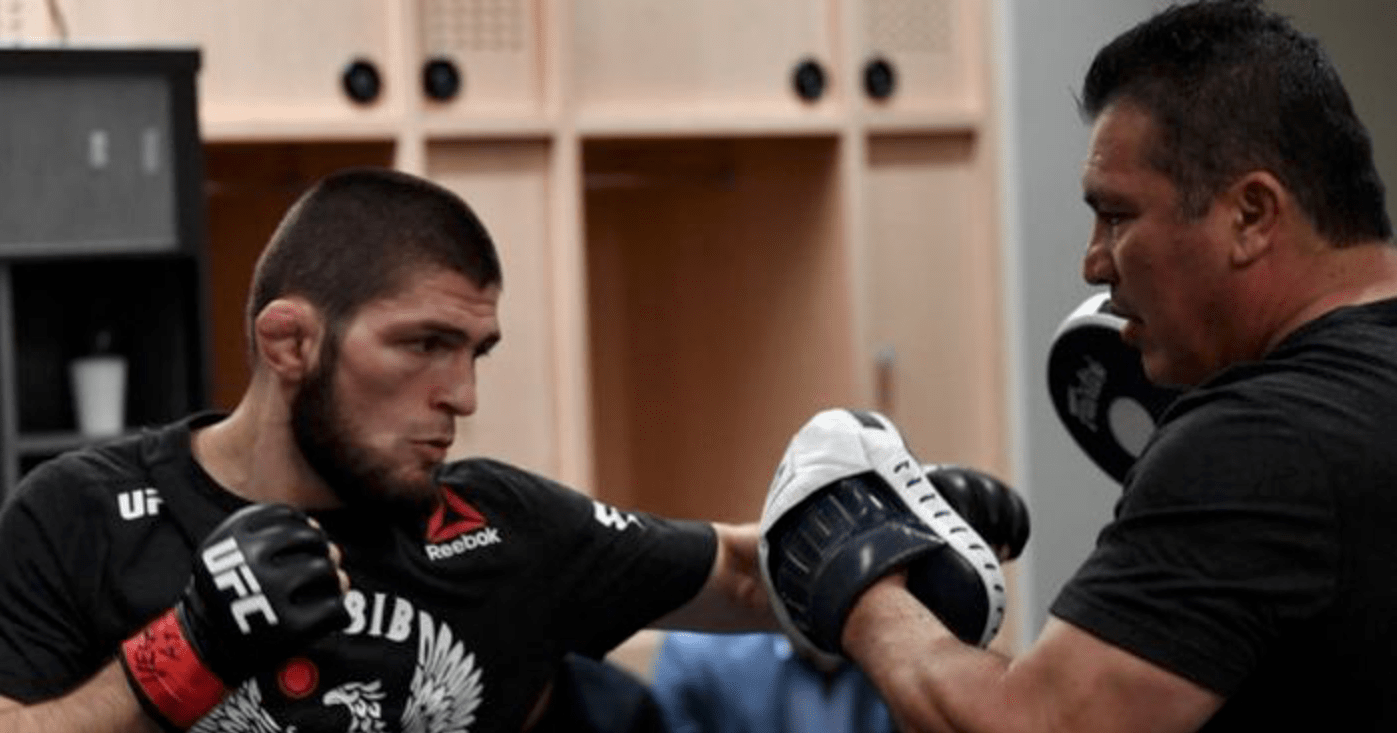 Javier Mendez says UFC lightweight champion Khabib Nurmagomedov has yet to reach his peak as a fighter but nonetheless, he won’t pressure him to come out of retirement.

Khabib bowed out of MMA after submitting Justin Gaethje in the second round at UFC 254 to successfully defend his title. His decision came as a shock to many, including Dana White, who persistently chased ‘The Eagle’ for the following months in the hope of luring him back into fighting. The UFC president has now given up hope however.

The Dagestani has looked better with every fight since winning the title against Al Iaqunita at UFC 223. He has defended his belt three times, against Conor McGregor, Dustin Poirier, and most recently against Gaethje, beating all three in a decisive manner.

Despite crushing every top contender that has stood opposite him inside the Octagon, his coach believes he hasn’t peaked yet. Speaking to MMA Junkie, Mendez said that Khabib still has a lot of years of fighting left in him.

“He was just starting to get into the groove where he was starting to feel a little bit comfortable kicking,” Mendez said. “He’s still not fluent with the kicking, but he was effective as you saw with the Justin fight. So no, he had so much more to go as far as his stand up. The ground, well, I’ve never seen anybody better than him on the ground. He’s the best that’s ever been on the ground in MMA.

“But, in regards to his improvement scale, yeah he has a lot more growth and he’s still young enough, 32. So yeah he still has a lot of years left. Could be four if he wanted, but unfortunately, that’s not gonna be on the cards.”

At UFC 254, Khabib revealed that he promised his mother that his clash with Gaethje would be his last. While Mendez wants to see the 32 year old back in action, he won’t try to force him to change his mind.

“So I don’t really know if it’s all good [that he’s retired]. I don’t really know because I never discussed it with him and, to be honest with you, I’m not going to. I’m just gonna be there for him regardless of what decision he makes. Like I always tell him, whenever you look to your right, your coach is gonna be right there. Whatever decision he makes, I’m gonna be there. Whether he wants to come back or he never wants to come back, I’m there.”