UFC – Jedrzejczyk: I Will Go To China And Beat The S*** Out Of Zhang 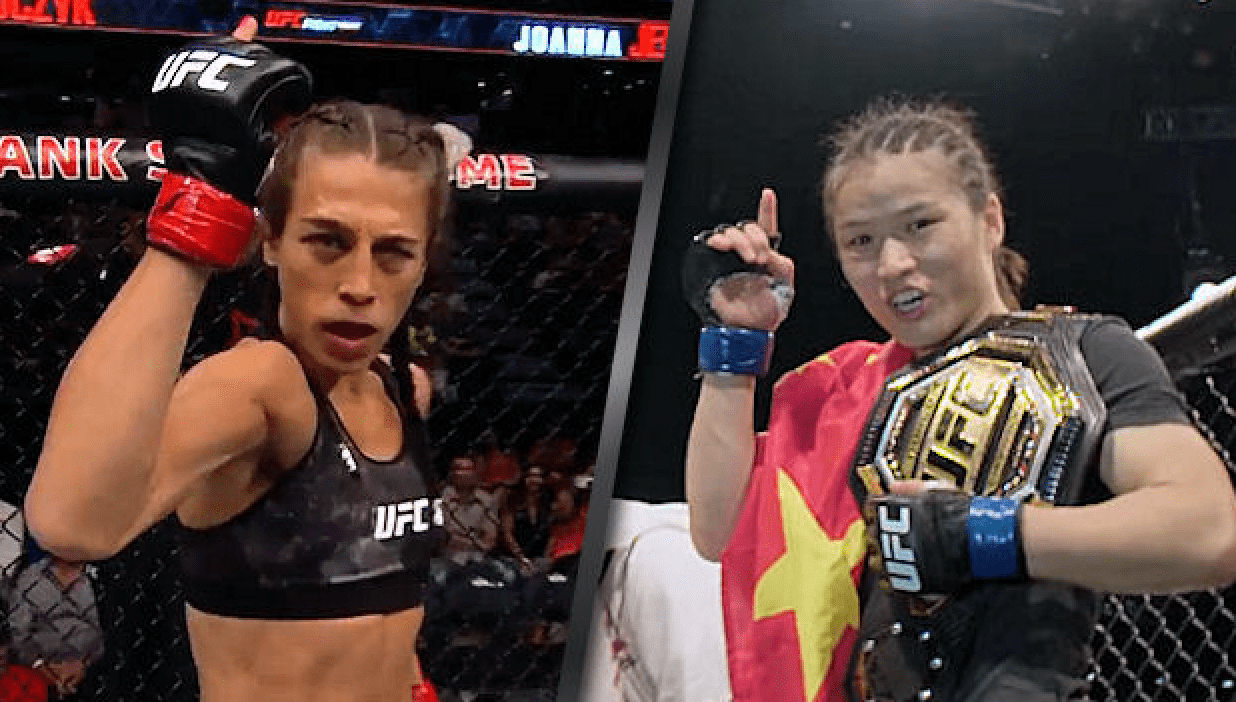 Joanna Jedrzejczyk held the UFC strawweight title for two and a half years, making five successful title defences. However, since losing the title to Rose Namajunas at UFC 217, the belt has changed hands a further two times. It now sits in the hands of Zhang Weili.

According to Jedrzejczyk, the UFC guaranteed her the next shot at Zhang’s title, if she were to beat Michelle Waterson at UFC Tampa last month. The former champion went on to beat ‘The Karate Hottie’ in the main event in Florida.

Speaking to The South China Morning Post, Jedrzejczyk said that she’s now waiting for the ‘date and location’ from the UFC, for when she can challenge China’s first ever UFC champion.

“I signed an agreement before the fight with Michelle Waterson. I knew that after I got the victory I was going to fight for the belt. This is what’s going to happen next, and I’m just waiting for the date and the location, and then we’re going to rock it.”

Jedrzejczyk went on to say that not only was she impressed by Zhang’s 42 second win over Jessica Andrade at UFC Shenzhen, she also predicted the result.

“She’s the champ. There is more than 500 athletes in the UFC, and only twelve champions with the new divisions. If you can make it, good.

Despite being impressed, Jedrzejczyk, who trains out of American Top Team, believes that she’s the better fighter of the two.

“She’s explosive, her punches are juicy, crispy, she has knockout power behind her punches. She’s young, she’s hungry. But I know I’m better. I’m the more well-rounded fighter.”

So zealous is Jedrzejczyk to reclaim the title she held from 2015 to 2017, she said she is willing to fight Zhang anywhere. And when she does, the 32 year old claims she will ‘beat the s*** out of her’.

With such emphasis on recapturing the UFC strawweight title, Jedrzejczyk believes that the win over Zhang Weili will cement her legacy.

“It’s gonna feel better than the first five [defences]. It’ll be different – bigger. It’s going to be a very special moment. It will cement my legacy.”

Although the fight hasn’t been make official yet by the UFC, it is expected to go down in early 2020. In the last few days, Zhang took to social media to suggest she’s waiting to receive her ‘battle contract’. Adding a Polish flag to the end of her post.

How do you think Zhang Weili vs Joanna Jedrzejczyk will go down?