UFC – Joe Rogan On Tony Ferguson: He Is Terrifying 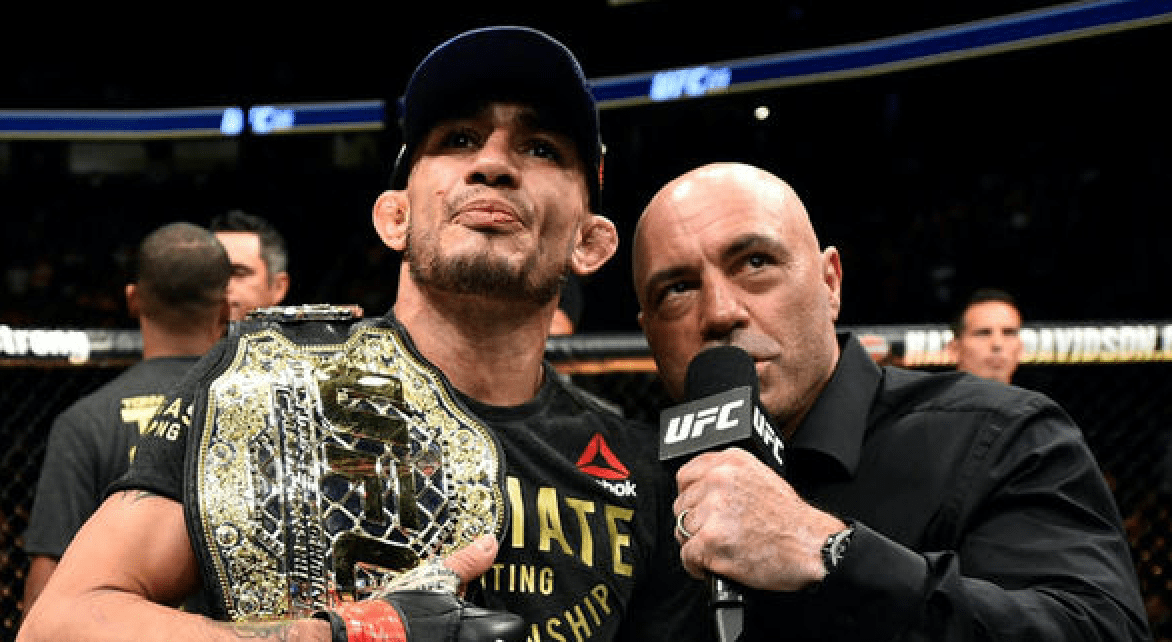 With UFC 249 fast approaching, renowned MMA broadcaster Joe Rogan has shared his thoughts on Tony Ferguson in a recent episode of his podcast (as transcribed by BJPenn.com).

The main event at UFC 249 is a lightweight title fight between Tony and Khabib Nurmagomedov. The fight is highly anticipated in the MMA world. This pairing has been scheduled a whopping four times previously, all of which were cancelled for various reasons. Now, with the event approaching, Rogan has praised Ferguson.

“Tony is the boogeyman. That nickname, ‘El Cucuy’, that’s the perfect nickname for that guy, he is terrifying. He never gets tired, everybody who fights him looks like they fell off a train, it’s crazy.”

With 28 wins and no losses under his belt, it’s hard to comprehend that Khabib may struggle against Ferguson. However, Rogan thinks this is going to be the toughest fight of the Dagestani’s career.

“I think Khabib vs Tony is the toughest fight of Khabib’s career. I really believe that. I think Tony Ferguson is a nightmare for anybody, especially right now. When you watch his fight with Anthony Pettis, when you watch how he busted up Donald Cerrone. I think Tony Ferguson is the scariest guy for anybody at 155 pounds to fight. He doesn’t get tired and he f***ing has bricks for hands. I had Josh Thomson in here the other day and he was saying that when Tony Ferguson grabs him, you can’t believe how big his hands are.”

Rogan went on to say that he thinks Ferguson’s eccentricity is a positive asset to his fight game. Furthermore, while there are those who are already planning ahead to a Khabib vs Conor McGregor rematch, Joe warned UFC president Dana White, that he shouldn’t be making any such plans yet.

“He’s a spooky dude. There’s something about him, like, he ain’t normal. He’s not a normal guy. He’s eccentric but in the good way, especially when it comes to being a fighter. The two of them together — it’s an epic fight. But I would not be making any plans if I was Dana or if I was anybody else. I would not be making any plans, because Khabib can win that fight, but it’s not guaranteed. Ferguson can win that fight, too.”

Do you agree with Joe Rogan? Do you think Tony Ferguson will prove to be the toughest test of Khabib Nurmagomedov’s career?