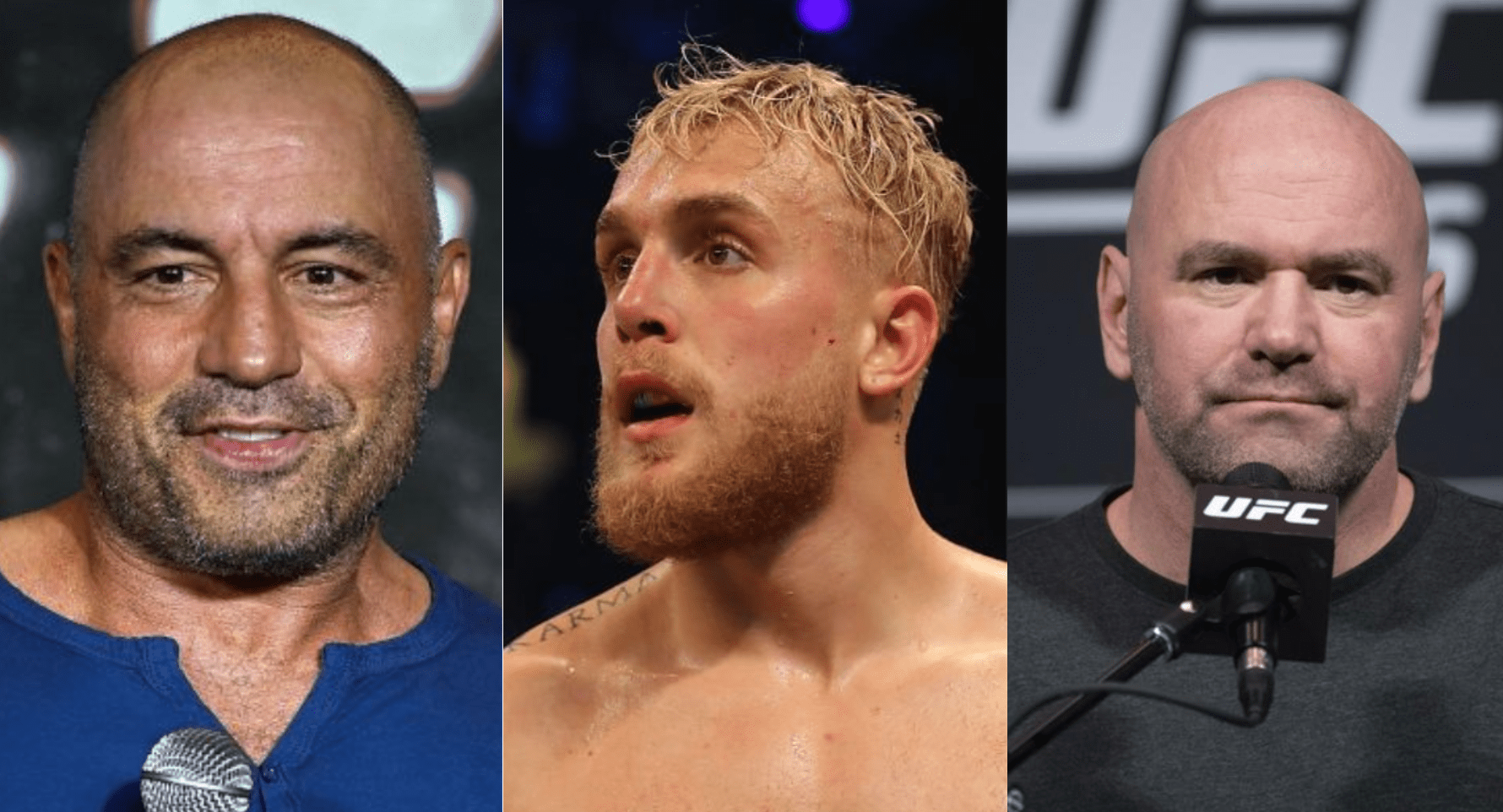 Jake Paul has been making a lot of noise lately in the combat sports world, and has consistently been challenging some of the biggest names in the UFC since knocking out Ben Askren in their boxing match last month. The YouTuber also made headlines by showing up at UFC 261, where he was confronted by Daniel Cormier.

Speaking on his The Joe Rogan Experience podcast (as transcribed by MMA Fighting), Joe Rogan said that Paul is a ‘clever fellow’, who’s doing all the right things to earn lots of money.

“Let me tell you something, we were in Florida, Jacksonville, sold out arena, and they were all chanting ‘F*** Jake Paul.’ He’s filming it. He’s got his phone out, he’s like, ‘Yeah!’ [Because what he’s hearing is] money. He’s hearing ‘Cha-Ching! Cha-Ching!’ He’s making so much money, dude. He said it was 1.5 million PPV buys when he knocked out Ben Askren. I don’t know if that’s true, Dana White says it’s nonsense, but maybe. He doesn’t – who has the f***ing receipts? If he’s lying, why didn’t he say 2 million, why didn’t he say 3 million? Why’d he say 1.5? Maybe he’s telling the truth and if he’s telling the truth, they made a f***ing considerable amount of money. That’s bigger by more than double the very legitimate, three title fight UFC card of this past weekend because that apparently got 700,000 buys. Granted, these are 700,000 ESPN+ verified, absolute buys. There’s no bulls***.

Even Dana White, who has been one of Paul’s biggest critics, acknowledged that he’s doing a good job of making people care about him. Speaking to Morning Blitz however, the UFC president warned the 24 year old that his ’15 minutes are almost up’ and a knockout loss is just around the corner.

“Listen, at the end of the day, to be honest, I hate the dildos who pop in here and say ‘Hey, pay Jake Paul!’ I hate them worse than I hate Jake Paul,” Dana said. “But, listen, whatever with this kid. The kid is making money, man. He makes people care, he makes people give a s***. I honestly don’t hate the kid. I know there’s a lot of people who are very excited for the day when he gets clipped and gets knocked out, and it is coming. His 15 minutes are almost up but listen, the kid’s gonna make some money and good for him.”

Do you agree with Joe Rogan and Dana White’s comments on Jake Paul?