UFC: Jon Jones And Francis Ngannou Continue To Call Each Other Out 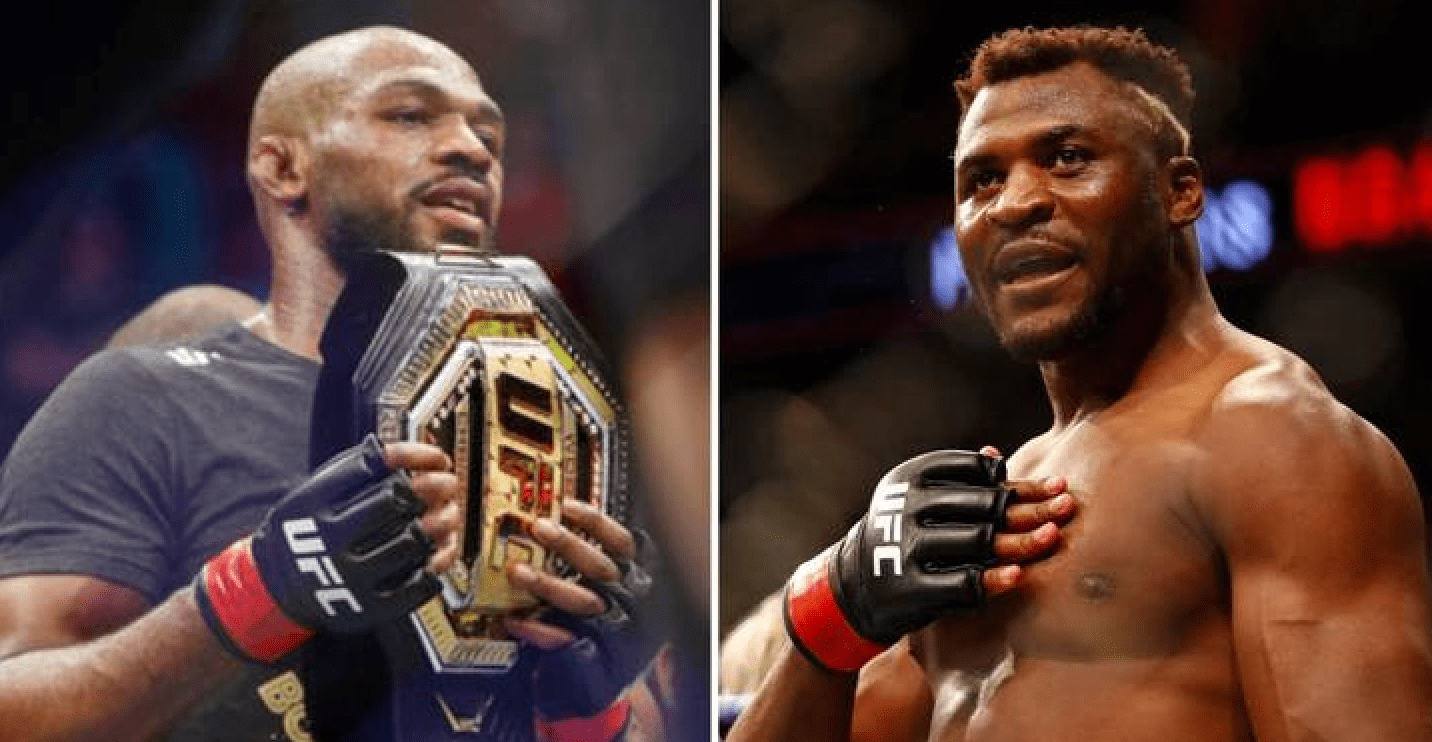 Earlier this week, Ovince Saint Preux moved up to heavyweight to face Ben Rothwell at UFC Jacksonville. Unfortunately for OSP, he came up just short and lost via a razor close split decision. Following the fight, UFC light heavyweight champion Jon Jones, took to social media to comment on his former opponent’s move up to heavyweight.

What we didn’t realise at the time, Jones’ tweet would start an intense back and forth between himself and UFC heavyweight contender, Francis Ngannou.

The back and forth obviously planted a seed in Jones’ head, as the next morning ‘Bones’ again took to social media to state that he would love the Ngannou fight.

Jones is known for his ‘tweet and deletes’. His manager Abraham Kawa however, put out a tweet reassuring fans that his man is serious.

With the UFC heavyweight division currently at a standstill, as the champion Stipe Miocic is prioritising his job as a first responder during the coronavirus pandemic, Ngannou doesn’t have any obvious opponents in his own weight class. Unless of course Jones moves up.

Jones has been hinting towards moving up for some time and recently said he would be interested in a trilogy fight with Daniel Cormier at heavyweight.

Speaking to TMZ Sports, Jones outlined his strategy, should the fight come to fruition.

“Francis, no doubt I would look to fight him smart and watch out for those power shots and ultimately get the fight to the ground where I feel I would have an advantage.”

Would you like to see Jon Jones vs Francis Ngannou at heavyweight? And who would you put your money on?