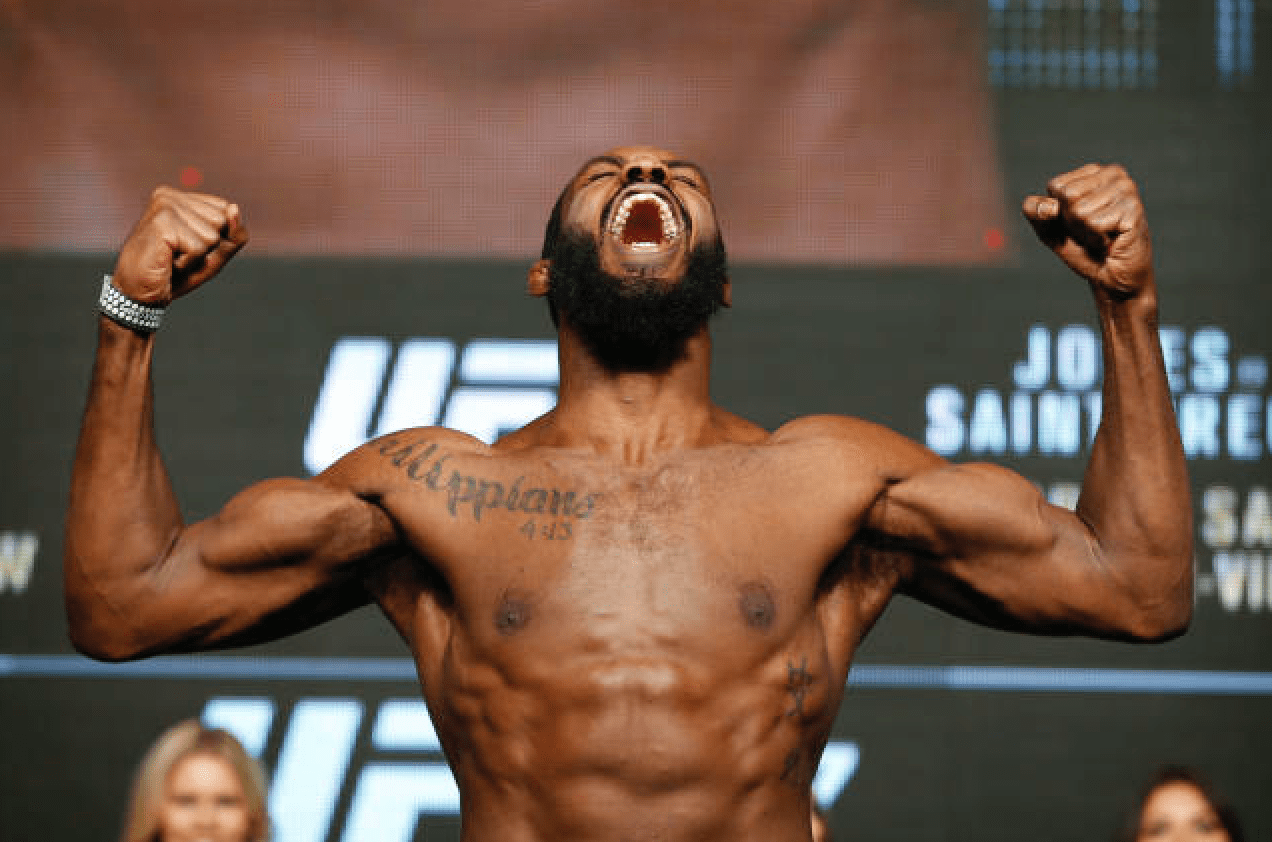 Ever since UFC lightweight champion Khabib Nurmagomedov retired after successfully defending his title against Justin Gaethje at UFC 254, the MMA community – including UFC legend Jon Jones – has been passionately arguing about who the greatest of all time is.

Former UFC light heavyweight champion Jones has repeatedly argued his case that he is MMA’s one and only GOAT. And while he respects what Khabib has achieved in the sport, he doesn’t think ‘The Eagle’ has the GOAT-like resume that he does.

Daniel Cormier has also given his take on the GOAT matter, siding with his American Kickboxing Academy (AKA) teammate Khabib, and refuting Jones’ claims. Speaking to MMA Fighting, ‘DC’ said that while ‘Bones’ is a very talented fighter, his failed drug tests eliminates him from the GOAT conversation.

“One of the most talented guys you’ll ever meet but again for me bad [drug] tests eliminate you from the conversation,” Cormier said. “I just cannot understand how that is so hard to comprehend in a sport where we’re fighting each other. In baseball, bad tests eliminate you from being considered and being in the Hall of Fame and you’re hitting a ball. You’re hitting an object that has no feeling. In fighting, you’re punching people, human beings, and you have bad tests that eliminates you. It’s just too dangerous.

“So I think when you start to think about the greatest of all time for all the things and all the great victories, you can’t look at those, me personally being a guy that those fights did really long term damage to my career, it’s hard for me to say [Jon Jones] is the greatest of all time when every time we fought, there was some sort of issue. That for me, it just kind of changes the conversation.”

Who Is The GOAT?

As far as Cormier is concerned, unless you have a completely clean record, you’re not even in the conversation for the GOAT.

“Jones was having bad tests while we had USADA and people still want to place him at the top of the all time greatest list. That’s crazy. It wasn’t even illegal in baseball in the late 90’s and those guys are hitting homeruns freaking 50 yards longer than they ever have. It’s just a different sport obviously, but it just seems like the possibilities of damage are just so much more severe in mixed martial arts.

“For anyone, even Anderson [Silva]. Anderson was the man,” Cormier continued. “Bad tests, I don’t care if it’s for viagra, it does not matter. It’s a bad test. Bad tests in a combat sport where you’re punching people, just not right. It eliminates you.”

While Cormier is dismissing Jones and Anderson as the GOAT, the former two division UFC champion looks at Khabib and former UFC flyweight champion Demetrious Johnson, as perfect candidates to be considered the greatest of all time.

“It sucks, too, cause they’re so immensely talented,” Cormier said. “So talented that I don’t think any of those guys ever needed to do anything wrong and would have been clean. Like Khabib’s clean. Nobody has heard or suggested or thought that he’s done anything negatively outside of missing weight when he was on his way up.

“Those are the things that he is going to have to deal with in terms of negatively. Demetrious Johnson is actually completely clean. No missed weights, no failed tests, he’s just clean. Those are the types of guys you look at and say ‘that guy’s the greatest fighter of all-time.’”

Cormier’s comments did not please the former 205lbs champion, as he took to social media and hit back at his former rival. In a series of tweets, Jones responded by saying that he was declared innocent by USADA.

The 33-year-old then hit out at Cormier for “quitting” after losing a unanimous decision to UFC heavyweight champion Stipe Miocic at UFC252, which Jones believes has knocked ‘DC’ out of the GOAT conversation.

Jones continued his jabs at Cormier by responding to fans’ comments, and questioned ‘DC’s’ legitimacy of his ‘double champ’ status, having won the light heavyweight title while he was having problems outside of the Octagon.

After finishing with Cormier, Jones then started hitting out once again at his latest rival, Israel Adesanya.

Who do you think Jon Jones should fight next?

In the last few hours, Jones and Cormier have continued to go back and forth on Twitter.