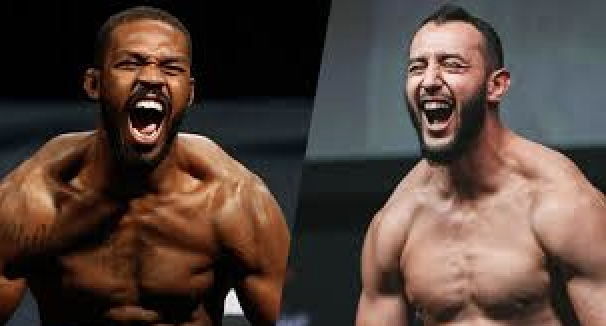 Jon Jones took to social media last week to announce that his next title defence will be against Dominick Reyes. Of course this hasn’t been made official by the UFC yet but UFC president Dana White has previously stated that this is the fight to make.

In a slightly surprising reaction, Reyes responded to Jones’ tweet by posting a respectful message to the light heavyweight champion. Made surprising by the fact that the unbeaten 29 year old has shown more trash talk than respect towards ‘Bones’ in the past.

Jones in response, hit back at Reyes, accusing him of showing ‘fake ass respect’ towards him.

Jones went on to respond to two of his fans’ tweets. Stating in one tweet that ‘there’s absolutely no where in his game I’m intimidated [by]’.

Reyes is coming off an impressive quick finish over the former UFC middleweight champion Chris Weidman, at UFC Boston last month. The first round knockout took his record to 12-0 and 6-0 inside the UFC Octagon.

Jones last fought at UFC 239 in July, where he defended his UFC light heavyweight title, with a split decision win over Thiago Santos.

If the fight is confirmed, Dominick Reyes would go into it as a huge underdog. Do you give him a chance against Jon Jones?