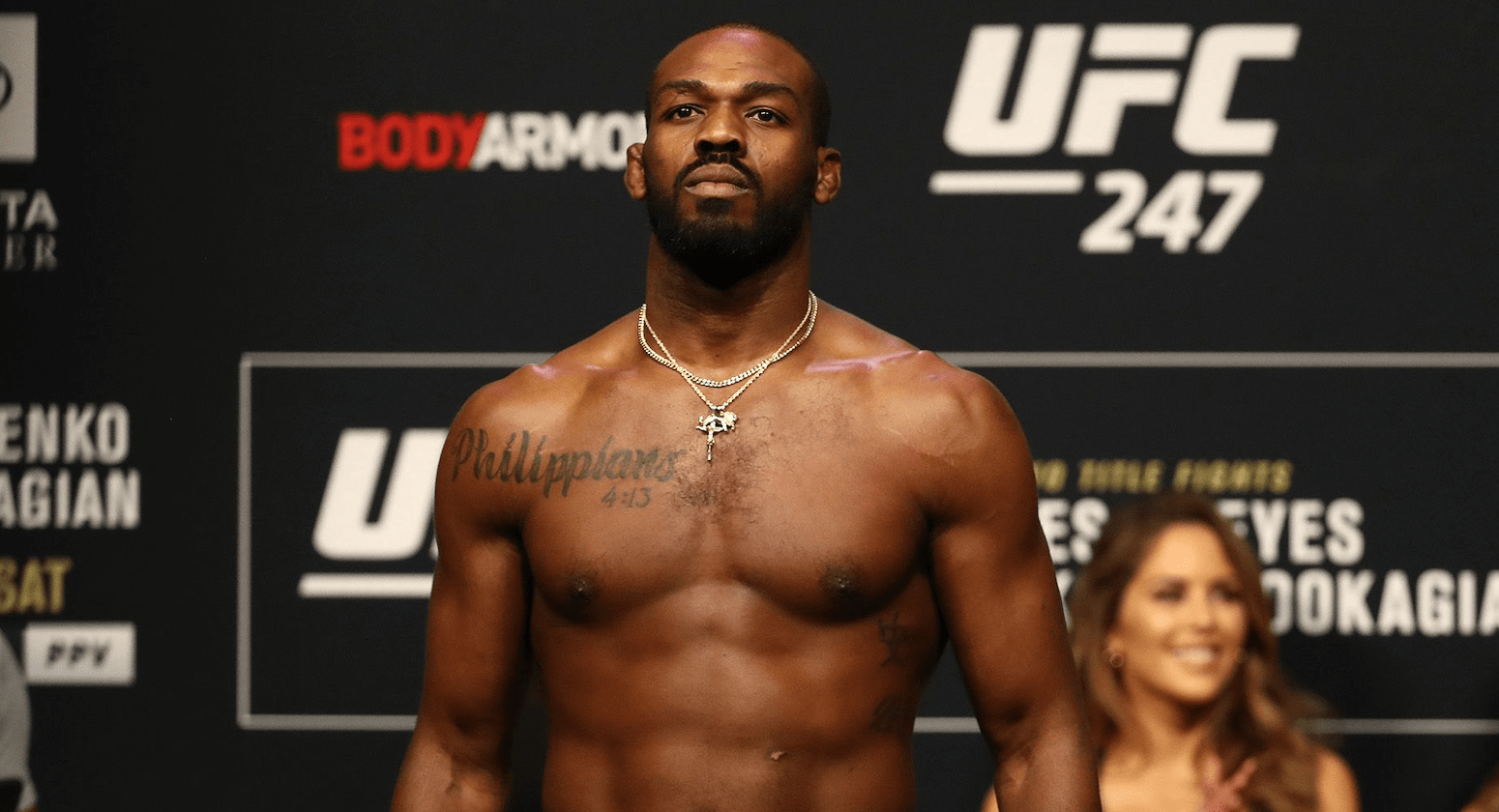 With his light heavyweight days behind him, former UFC 205lbs champion Jon Jones is fully focused on the next challenge in his professional career.

After dominating the light heavyweight division for over a decade, Jones relinquished his title last August, paving way for Jan Blachowicz to beat Dominick Reyes at UFC 253 to win the vacant title.

Although Jones could have hung on to his light heavyweight title while pursuing the UFC heavyweight crown, he decided against it. Speaking to the Bleacher Report‘s Tom Taylor, ‘Bones’ revealed that he has no intention of fighting at 205lbs ever again.

“I thought it was the right thing to do for everyone else. I could have done the selfish thing and held onto it and come up with a bunch of excuses and lied to the fans and said I was going to come back down to light heavyweight and made all these guys wait. I didn’t want to do that. I have no intentions of ever going back to light heavyweight.”

Ready To Challenge Himself

Having already established himself as the greatest light heavyweight in UFC history, there isn’t a lot left for Jones to achieve in the division. With a move up to heavyweight, however, he has a chance to put an end to the MMA GOAT debate.

“I was just ready to challenge myself,” Jones said. “I was ready to enter a new chapter in my career. At this point, I’m in this sport for legacy and for the biggest-paying fights, and I just don’t think that continuing on at light heavyweight was going to do much for my legacy.”

Jones successfully defended his light heavyweight title eleven times against the very best opposition, but over time, he started to grow weary of doing the same thing over and over again. By moving up to heavyweight, the 33 year old says that the new challenge is something that makes him feel “alive”.

Jones is eyeing a fight with heavyweight champion Stipe Miocic, but will have to wait his turn as Dana White has promised Francis Ngannou has earned the next title shot. When his opportunity comes to fight either heavyweight though, the Albuquerque native says he’ll be ready.

“I’ll be ready for either of them,” Jones stated. “Both fights are extremely challenging. Stipe, he’s the greatest heavyweight of all time. He has all the stats and records to prove that. And then Francis is just a freak when it comes to his knockout power, and he’s improving constantly. Both fights are gigantic challenges, but that’s what I’m here for in this stage of my career: to go big and see what I’ve got.”

Ultimately, Jones’ goal is to get his hands on the heavyweight belt, and join the handful of fighters who have gone on to win titles in two different weight classes.

Do you think Jon Jones can go on to become the UFC heavyweight champion?