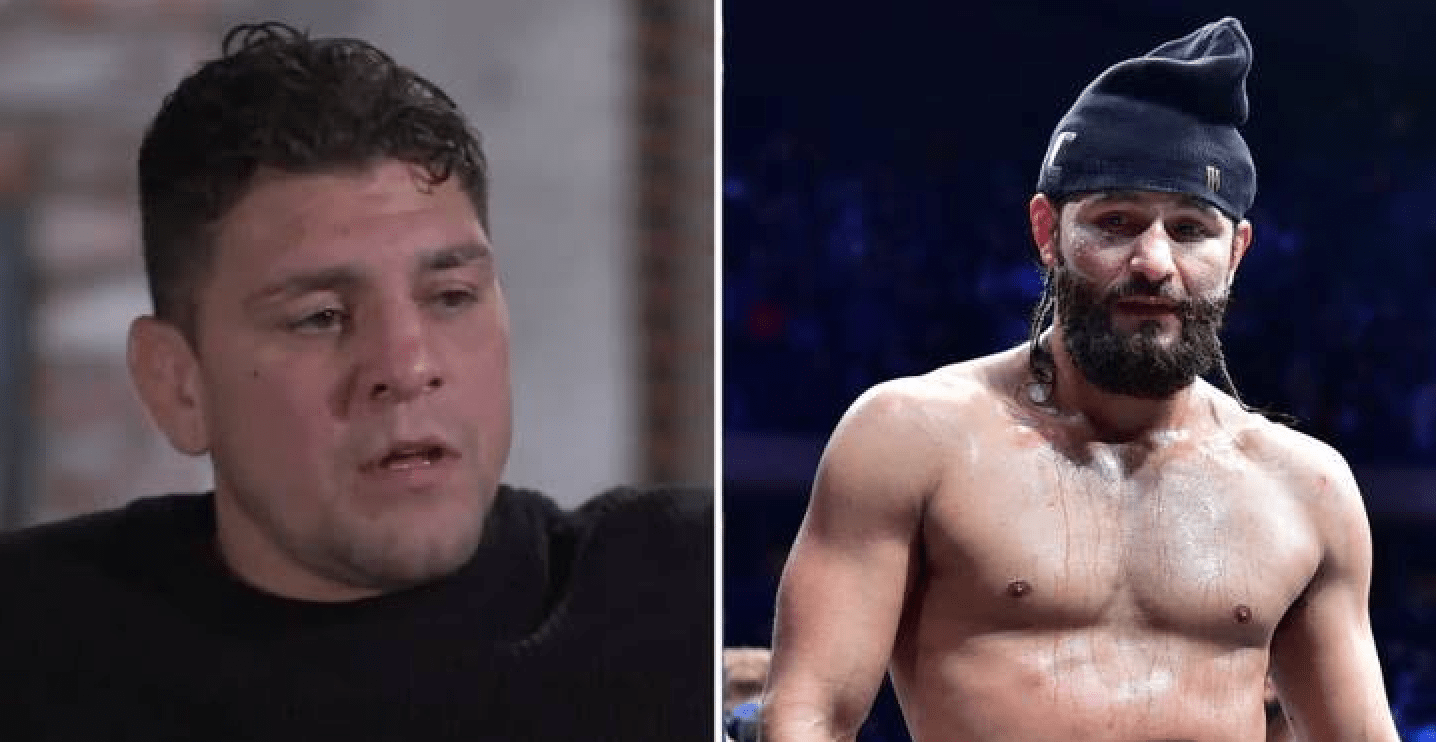 It may be close to five years since we last saw Nick Diaz inside the UFC Octagon but speaking to Ariel Helwani this week, the elder Diaz brother called out Jorge Masvidal, who has just beaten his younger brother Nate, at UFC 244. And in doing so, winning the BMF belt.

Soon after the call out, Masvidal’s manager Malki Kawe responded with a short Scarface themed video. Now ‘Gamebred’ himself has reacted to Nick’s call out, whilst appearing on The Dan LeBatard Show (as transcribed by MMA Fighting).

Jorge began by questioning Nate’s explanation after their fight, that due to an injury and the fact his cardio wasn’t as good as he would have liked, he was saving himself for the fourth and fifth rounds in their main event at UFC 244.

“If you’ve seen me fight, you know I’m a surgeon in there. I’m always thinking a couple steps ahead and you can see the work that was being laid out, not just to the head but to the body as well. His strategy that he wasn’t in that good of shape so he was saving it for the fourth and fifth round, that’s crazy. Does that make sense to you?”

Masvidal refutes Nate’s claims that he would have slowed down, like Conor McGregor has been known to. Comparing himself to a wild tiger, and the Irishman to a domesticated animal.

“Against McGregor [he came back] but we’re talking about a tiger from the wild and an animal that’s been domesticated. It’s a huge difference. I don’t get tired and shy away from anybody. I’ve lost fights and been out-pointed or I’ve been out-skilled in a position but I’ve never lost a fight because my fatigue was in question and I was hurt and I was tired and I was backing up. My nickname dictates I’m not going to take a step back. Whether I’m tired or hurt, you’re just going to get more of a dog out of me.

“Diaz knew that but he’s got to sell the rematch. He’s got to say things. I saw him put out something ‘the moment that you thought about quitting’ when I’m on top of him punching him in the face. This guy’s a mind reader man.”

After being played Nick’s comments from his interview with Ariel Helwani, Masvidal questioned whether Nick totally knew what he was saying. Adding that he would love that fight.

“Cause I love to fight, especially when I get a little something on top of that.”

Love to fight, Masvidal does. And collecting cheques. When asked who he plans to fight next, the 35 year old stated that it will be whoever is the biggest money fight. Which you would think, if Nick is being serious, then he would be at the front of the line.

“We don’t know who’s next but everybody’s looking like cash symbols, cash money to us right now. The next person is going to be the one that puts the most zeros in the bank account, who that [is].

Would you like to see Jorge Masvidal vs Nick Diaz in 2020?