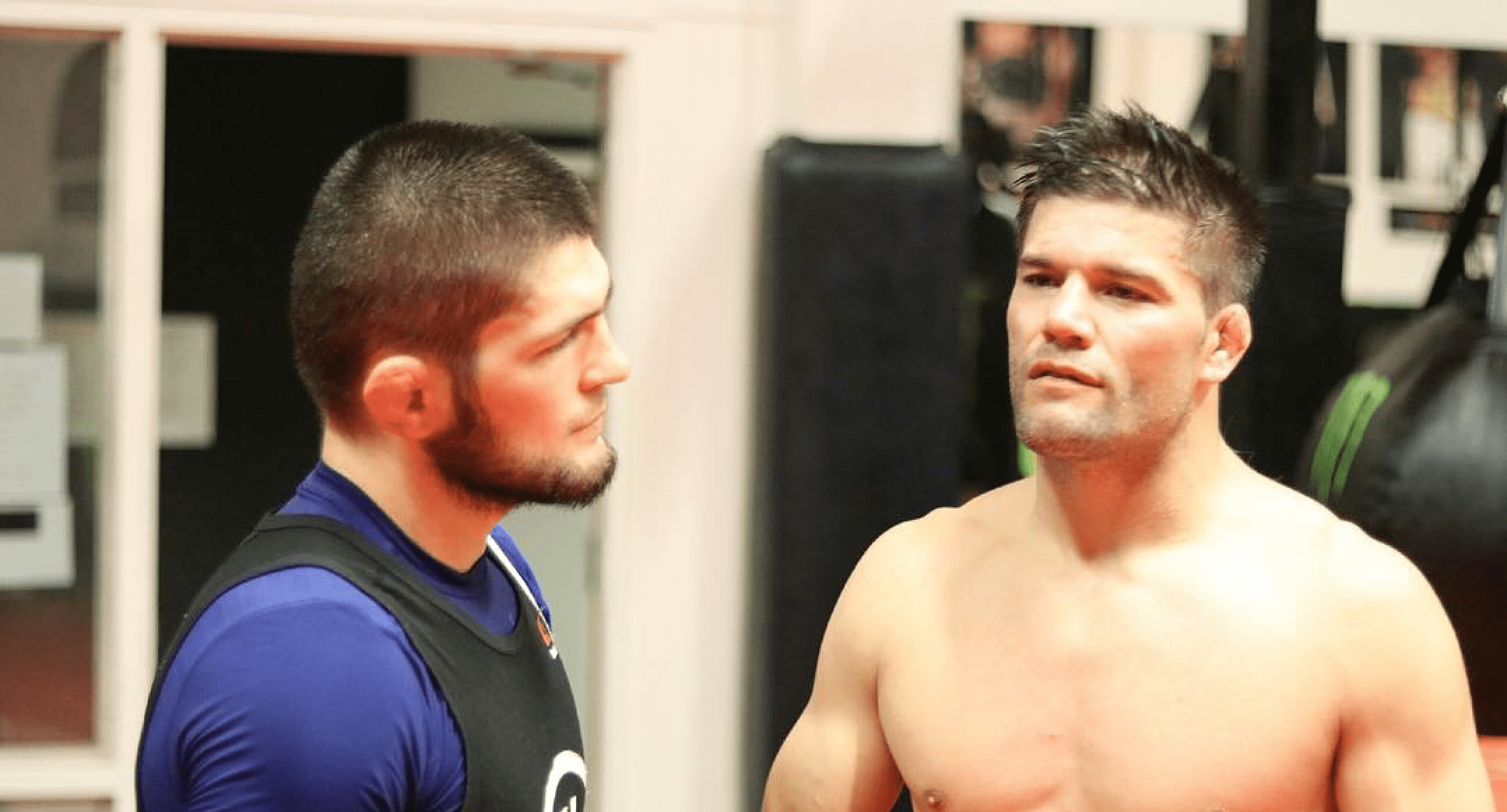 Twenty eight men have tried and all twenty eight have failed, when it comes to fighting Khabib Nurmagomedov. His next opponent though could prove to be the biggest challenge of his career to date. Yesterday it was confirmed that Khabib will defend his UFC lightweight title against Tony Ferguson on April 18th, in Brooklyn.

Of course there is huge excitement around this matchup, but there is also a huge awareness that they have already been scheduled to meet four times in the last few years and on each occasion, some kind of disaster has struck.

With Tony on a twelve fight winning streak and Khabib having won all twelve of his fights in the UFC, fans will be keeping everything crossed that both men make it to the Octagon on April 18th at the Barclays Center.

One man who could play an important role in the fight is Josh Thomson, who trains with Khabib and fought Tony in 2015. Although he lost to Ferguson via unanimous decision, he will be a valuable asset for the UFC lightweight champion, as he prepares for his next title defence.

Speaking to BJPenn.com, Thomson opened up on what Khabib can expect from Tony in April.

“It’s hard to emulate what Tony does, but having an insight into what he does well I think will help Khabib in what he needs to do to win the fight.

“Khabib doesn’t need a whole lot of advice, he’s going to do what he does best and what Tony doesn’t. He just needs to make sure nothing dramatic happens in between what he does really well.

Knowing how unorthodox Tony is, Thomson thinks it could play a factor at the start of the fight but believes that it won’t faze Khabib.

“I think it will in the beginning but it’s hard to offer an unorthodox style of fighting when you’re spending most of the fight on your back.

“I tried a couple of takedowns on Tony during our fight, and he was kind of able to roll away which threw me off completely and it changed the way I approached the fight. With Khabib, there’s no way he’s going to change the style of what he does. He’s not that type of person. He’s somebody that will take you down, and when he takes you down, he will find ways to maul you. That’s because he understands how good he is in that position. And we’ve seen it; he hasn’t been stopped; he hasn’t been finished.”

Up until now, Khabib hasn’t shown too many weaknesses. However, Thomson revealed his ‘kryptonite’.

“He does have kryptonite though, he loves his Coke. He likes his soda.

“But hey, if that’s the only niche you’re going to have. Plus, there are days Americans go without training. They [the Dagestanis] train twice a day, every single day. And these guys will also just sit in their hotel room and do sit-ups in their free time.

“As Americans, we don’t do that. I’ve trained my whole life, but that doesn’t mean I do sit-ups when I walk in the front door.”

Although the UFC hasn’t announced the name of the April 18th card yet, it is likely to be UFC 249.

Who do you think will leave the Octagon as the UFC lightweight champion, Khabib Nurmagomedov or Tony Ferguson?