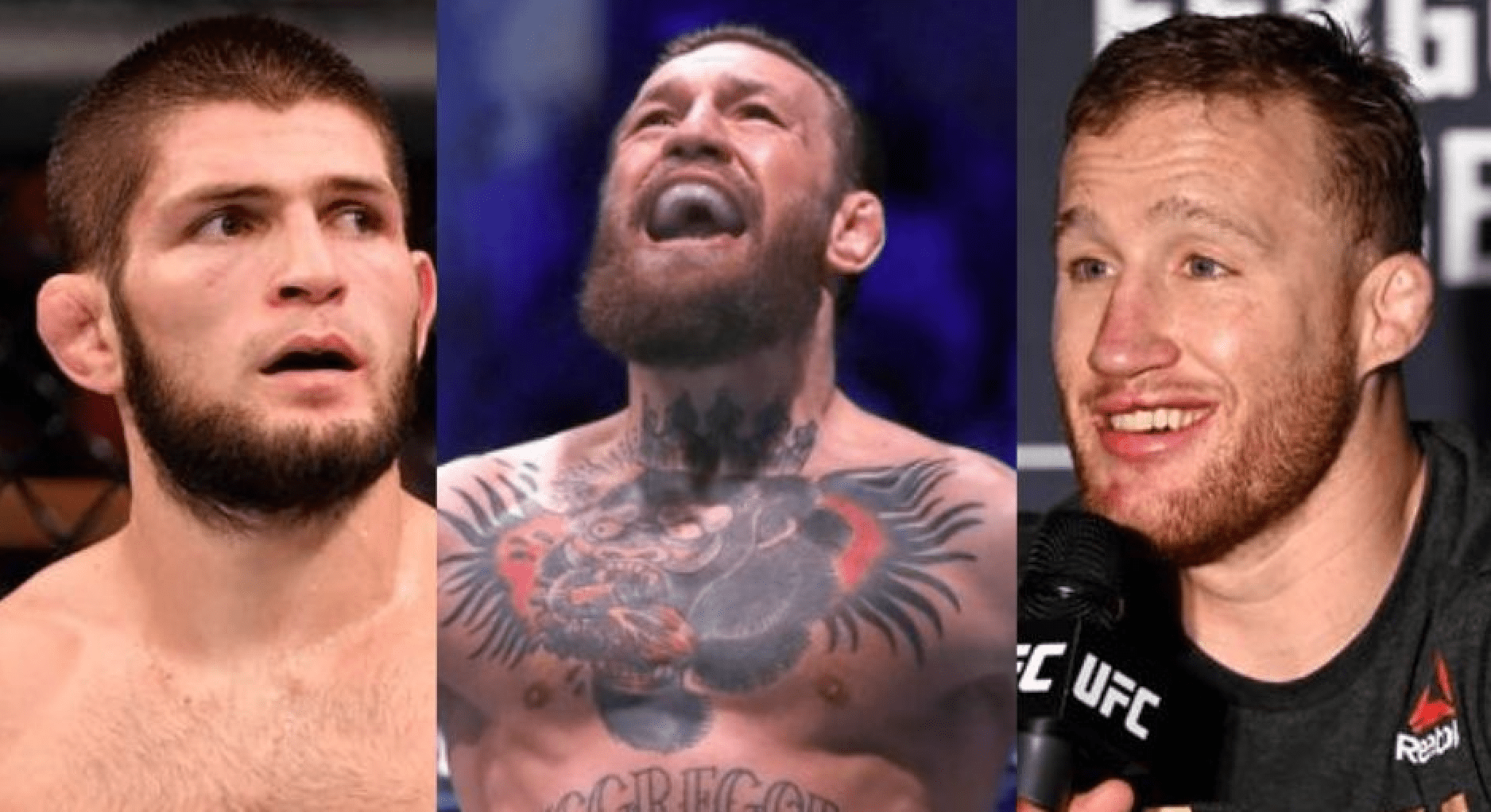 Justin Gaethje is set to face Khabib Nurmagomedov in the UFC 254 main event on October 24th for the undisputed lightweight title. After ending Tony Ferguson’s incredible twelve fight unbeaten run at UFC 249, being the first man to defeat ‘The Eagle’ could arguably make ‘The Highlight’ the greatest lightweight of all time.

If Gaethje were to beat Khabib and then beat Conor McGregor, it would be difficult to argue that he’s the lightweight GOAT. But that is exactly what the current UFC interim lightweight champion has planned.

There Will Be Blood

First thing’s first though, Gaethje needs to do what no other man has managed to achieve in 28 previous attempts, beat Khabib. Speaking to ESPN (as transcribed by MMA Fighting), the former WSOF champion gave an insight into how he sees the fight playing out.

“I don’t think he’s as crazy as me, that’s the thing. I think he is crazy and loves competition, but he isn’t quite as crazy as me. He also hasn’t seen his blood as many times, I’m sure. His style of fighting is not something where you are looking for blood or anything like that. I bet that doesn’t even cross his mind that he will see his own blood. That has never been a factor for him.”

Although Gaethje will be fighting for his legacy above and beyond anything else, he acknowledges the financial benefits he would reap with a win over Khabib next month on Fight Island.

“With my family, with my life, with everything, there’s different kinds of wealth,” Gaethje said. “With a win here, I have a really good opportunity – it wouldn’t necessarily be generational wealth, but it would be a generation worth of wealth. So that’s something. Whether I win or lose, I’m gonna have my mom call her boss and tell her she’s retiring. . .

“It’s f***ing huge, man. There’s a certain amount of money I think one needs to attain in order to have the opportunity to grow exponentially, financially. I think a win over Khabib gives me that.”

While Gaethje realises that he has a long way to go before he can be compared to the true greats of the sports, such as the champions who defended their titles plentiful times like Anderson Silva, beating Ferguson, Khabib and McGregor will forever cement his legacy in the UFC lightweight division.

“Legacy. That’s why I’m most excited for this opportunity. I’ve watched this sport for a long time . . . I truly think that if I can beat Khabib and then beat Conor, I will have cemented something that is unmatched. Anderson Silva, I wouldn’t have matched his title reign. That title reign is something unmatched . . . but in a different regard, it will be much bigger. Khabib is the number one pound-for-pound [fighter] and you have to put it in context of me. Coming off those two losses, everyone was saying ‘He’s done.’ The fact that, the way I was fighting, we all loved it but there was absolutely not chance I was ever gonna fight for a world title. It will be a legacy that I came to cement.”

McGregor announced his retirement from the sport earlier this year but is expected to return in 2021.

Do you believe Justin Gaethje has what it takes to defeat Tony Ferguson, Khabib Nurmagomedov and Conor McGregor back-to-back?