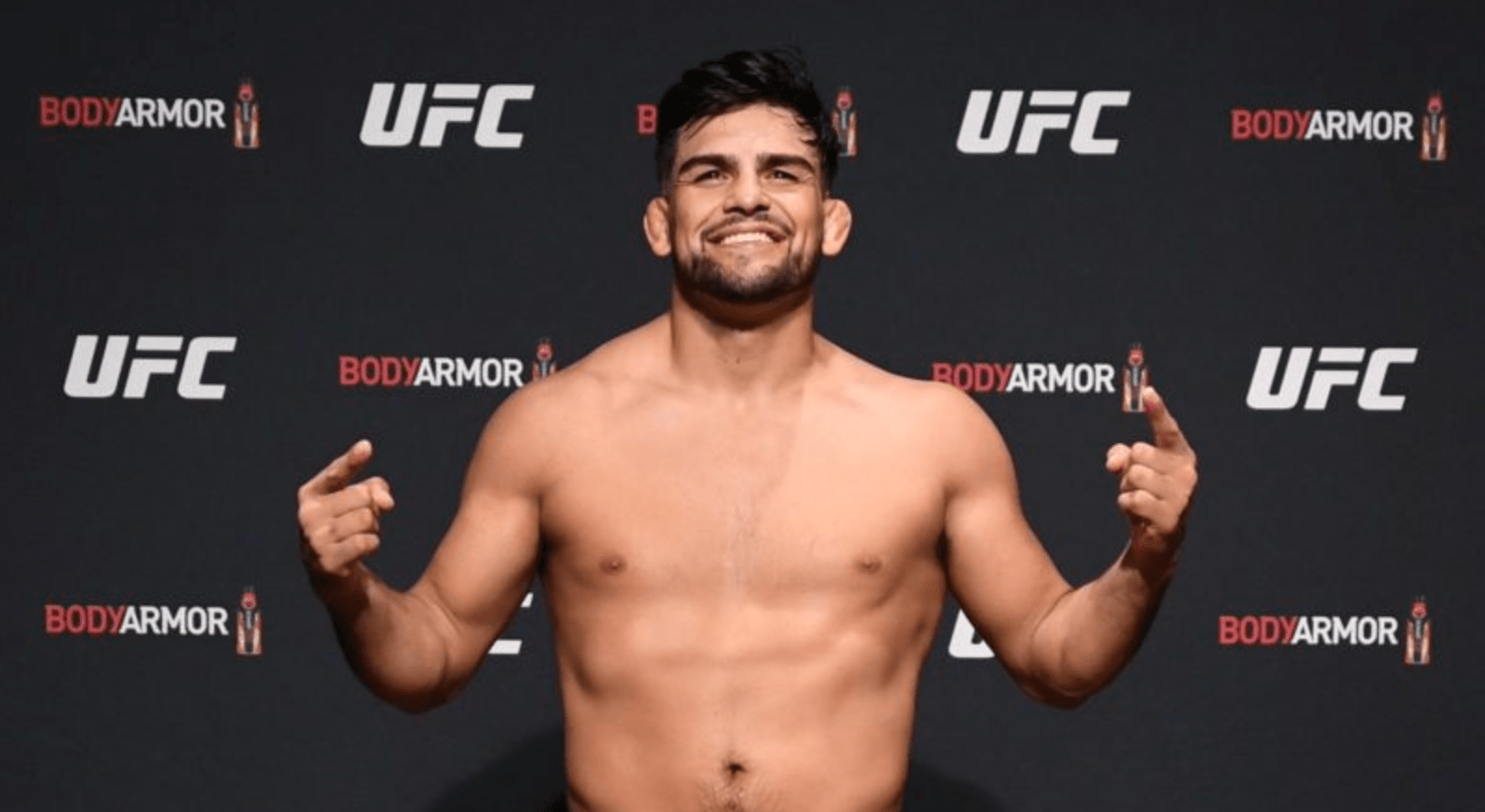 Kelvin Gastelum vs Israel Adesanya, which went down at UFC 236, was many fans’ fight of the year, last year. Unfortunately for the TUF season 17 winner, at the end of the five-round war, it was ‘The Last Stylebender’ who had his hand raised, winning the UFC interim middleweight title.

Gastelum’s next fight came seven months later against Darren Till at UFC 244, which also didn’t go his way. This time losing via split decision. Speaking to MMA Fighting, Kelvin opened up on his mentality, going into the fight with the Brit.

“I realised I should have taken more time off after my fight against Israel. I felt like I needed to prove something after losing that title fight, and I kind of rushed myself back in there in a fight against Darren Till.

“Obviously, it didn’t work out in my favour. I wasn’t very emotionally invested in that fight. Obviously, I trained for that fight, and Darren Till had a great game plan for me and how to neutralise my game. I realised after that fight, I should have taken more time off.”

Despite losing back-to-back fights for the first time in his career, Gastelum is still taking the positives from the fight, knowing how close it was.

“It’s not like he outclassed me,” Gastelum said. “He might have landed one punch more than me or something. He didn’t outclass me. I don’t feel like he was the better man that night. I just feel like mentally, physically, emotionally, I was not there that night – on top of him having a really great game plan. He nullified all of the tools that I had.”

Gastelum is slowly returning to full training again, after tearing his LCL at the start of the year.

“I’ve been recovering from a torn LCL back in January – I had a full tear,” Gastelum revealed. “No surgery needed, thankfully. Just been doing therapy on it and reconstructive therapy on it. It’s about 85 or 90 per cent there.

“I’m just starting to grapple a bit, starting to box again. I’m starting to kick again. Training is picking back up a little bit. Just at the right time. Hopefully, by July — I don’t know where this whole pandemic thing will be by then — but I’m hoping to fight by July.”

Despite the injury setback, Gastelum is looking on the bright side and is thankful for the time to rest up his mind, body and soul.

“This injury was kind of a blessing in disguise, where I was able to take that time off to heal up physically, mentally and emotionally after that last year that I had,” he said.

Reflecting upon how close he was to winning the interim belt, Gastelum admits it still hurts but added that it’s only increased his desire to chase the title again.

“You work your whole life toward this type of opportunity, and I lost,” Gastelum said. “It burns in my soul to be that close to a dream that you’ve had for the longest time, which is to be world champion. It burns my soul. But at the same time, I don’t want to be one of those guys ten years from now that says, ‘I was that close, one round away from beating the champion.’

“No, I want to be able to say I did it. I’m still going to work through, I’m still going to make another run. I’m only 28 years old. I don’t even think I’ve hit my physical prime yet. I feel like I’ve got a lot of room to grow and I’m excited for it.”

Whether he would be able to make his return in July as he expects, cannot be predicted now because of the coronavirus pandemic situation. But Gastelum does have an idea for who his next opponent should be.

“I like to be able to fight anybody in the top-five,” Gastelum said. “In my opinion, a fight with Jack Hermansson would make sense. We’re both coming off losses. He’s in the top five. A win for either of us would take us where we need to go.

“We both need to work our way back up the division, back up to Adesanya. I feel that’s the one that makes sense, but you never know what the matchmakers are thinking.”

Who would you like to see Kelvin Gastelum face next?