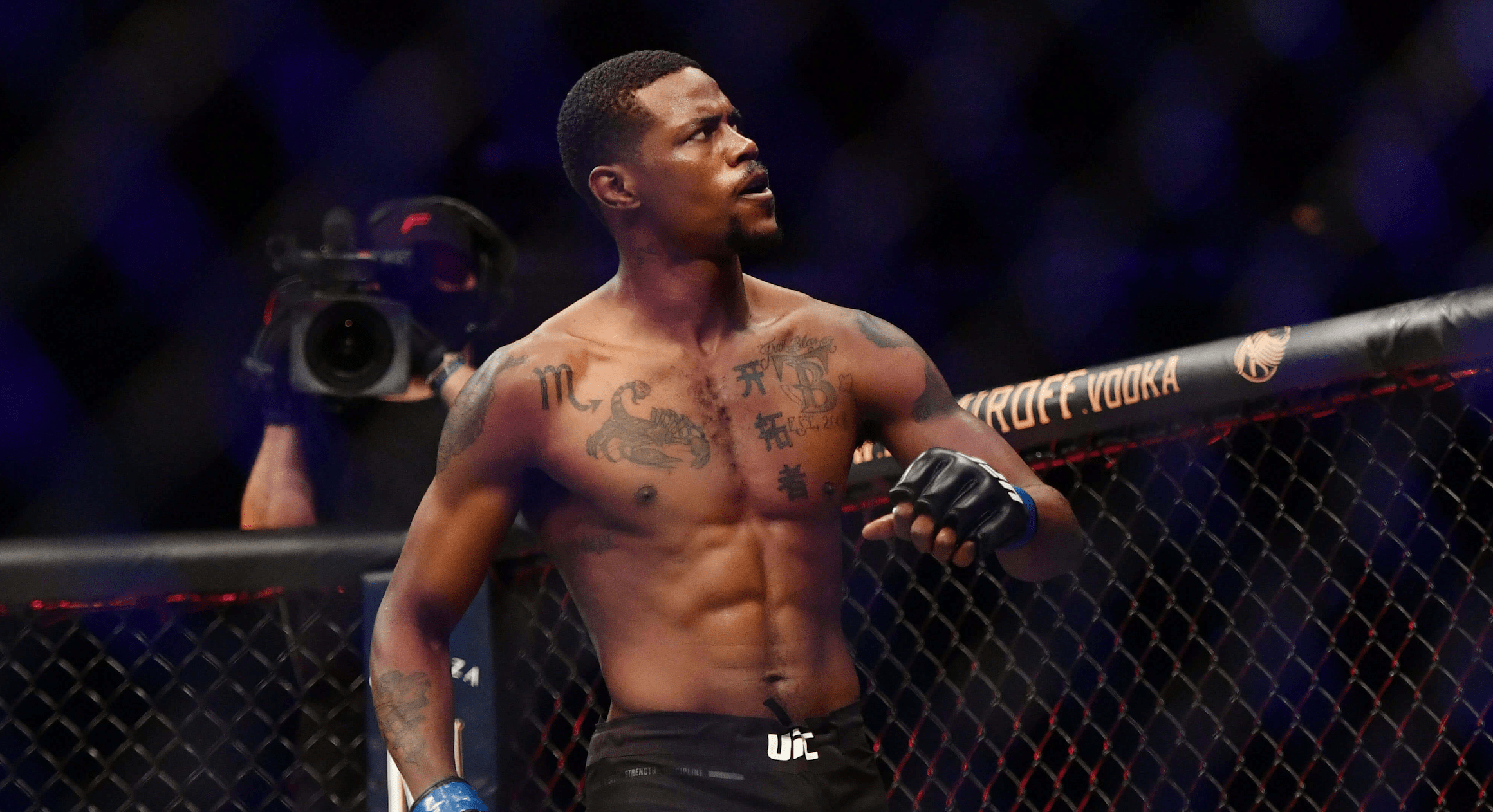 After a lopsided unanimous decision loss to Derek Brunson in the UFC Vegas 22 main event, Kevin Holland is eyeing a move down to welterweight, and has Belal Muhammad on his radar.

Holland was outwrestled by Brunson for five rounds as he struggled to get back to his feet and cause a lot damage. ‘Big Mouth’ had his best moment early in the second round when he rocked the 37 year old, but was unable to capitalise.

During the ESPN post-fight show (as transcribed by MMA Fighting), Holland said that he wants to drop down to welterweight and fight Muhammad, whose fight with Leon Edwards in the UFC Vegas 21 main event ended in a no-contest due to an accidental eye poke.

“Honestly, I’d like to get a nutritionist and try 170 [pounds],” Holland said. “Those boys are heavy in there at ’85. It’s nothing I just can’t deal with. It’s just something that when you fight for 25 minutes, you think about that type of stuff.

“So if I could try a ’70 fight, that would be awesome. Belal kept mentioning my name getting ready for this fight, and I kept commenting on his little stuff. Belal [is] coming off an eye poke, I’m coming off a loss. We wanted to fight before. Why not do it now?”

Prior to UFC Vegas 22, Holland said that he wasn’t comfortable with the idea of fighting for five rounds and would have preferred a three-round fight. However, fighting for 25 minutes straight wasn’t as bad as he thought it would be.

“So I think I was just overthinking it. And then the last two rounds, I was like, ‘Oh crap, this ain’t that bad’. I probably should have pushed it from the beginning.”

During the UFC Vegas 22 post-fight press conference, Brunson admitted that the fight wasn’t ‘pretty’, but he did what he had to do in order to win. And Holland gives his opponent full credit.

“But s***, props to Brunson,” Holland said. “He played it smart, and good job for his part. He did a really good job.”

While he was overwhelmed for the majority of the fight, Holland takes pride in the fact that he became the first person to take Brunson down in the UFC.

Holland received a lot of criticism following the loss for talking too much, but taking to social media, the 28 year old hit back at his critics.

Would you be interested in a potential welterweight fight between Kevin Holland and Belal Muhammad?