UFC: Khabib Names Two Men He Has No Intention Of Fighting Again 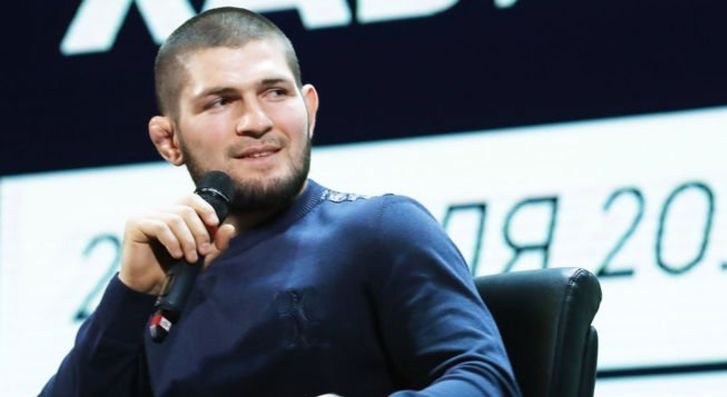 UFC lightweight champion Khabib Nurmagomedov says he is not interested in fighting the winner of next month’s blockbuster rematch between Conor McGregor and Dustin Poirier at UFC 257.

Khabib announced his retirement after successfully defending his lightweight crown against Justin Gaethje at UFC 254, and has remained firm on his stance ever since then. However, UFC president Dana White has repeatedly stressed that he believes ‘The Eagle’ will make a U-Turn over his decision and compete again. For now, he is still officially the champion and has not been removed from the UFC rankings.

Dana and Khabib are expected to meet in Abu Dhabi next month to hold important discussions. Much of the confusion will clear once the two sit together.

But whatever the outcome of the meeting with Dana, Khabib is certain he will not rematch McGregor or Poirier, both of whom he submitted at UFC 229 and UFC 242 respectively. Speaking at a press conference in Russia (as translated by Russian journalist, Igor Lazorin), the Dagestani said there is no interest in either rematch.

“There is no sports interest there. I choked both of them, both were champions, both surrendered to me,” Khabib stated. “As our proverb says: A horse doesn’t run until the donkey wins. Donkeys don’t even take part in competitions where horses run. I have no interest in fighting against these opponents. Imagine UFC offered you $100 million. This is already a problem. But there is no sports interest there.”

Khabib has previously talked about a super fight with former two-division champion Georges St-Pierre, but now it seems he has no plans of competing at all.

“There are many questions about whether I will be back to competing or not,” Khabib said. “However, I don’t have such plans.”

MMA In The Olympics

The 32 year old also stated that he would only fight again if his mother gave him her blessing. But for the time being, he can focus on a number of other major projects, including taking the sport of mixed martial arts to the Olympics. Speaking at the press conference (as translated by Essentially Sports), Khabib revealed that he has already started working on the task.

“The inclusion of MMA in the Olympics is one of my main tasks for the next couple of years,” Khabib said. “We are already working in this direction. In the near future, I will have many meetings, including with the president of the Olympic committee. I think, if not in Paris [in 2024], then in Los Angeles [in 2028] we have a great chance of promoting MMA.”

Taking MMA to the Olympics will be a tough task for Khabib, given the general reputation of the sport being violent, but he believes both parties will benefit if it happens.

“The only question is the cruelty of the sport,” Khabib said. “This is not encouraged at the Olympics. They do not want there to be a lot of blood. But in terms of recognition, sponsorship, in terms of interest for television, MMA, I think that if it enters the Olympics program, it will be on a par with football and athletics in interest.”

One other major project Khabib has taken on, is his recent purchase of Gorilla Fighting Championship. During the press conference, the undefeated lightweight confirmed the acquisition of promotion, which will now be called Eagle Fighting Championship. He also revealed that his events will be shown on UFC Fight Pass.

Do you think Khabib Nurmagomedov will return to the Octagon in 2021?