UFC – Khabib On Tony Ferguson: I’m Tougher Than Him 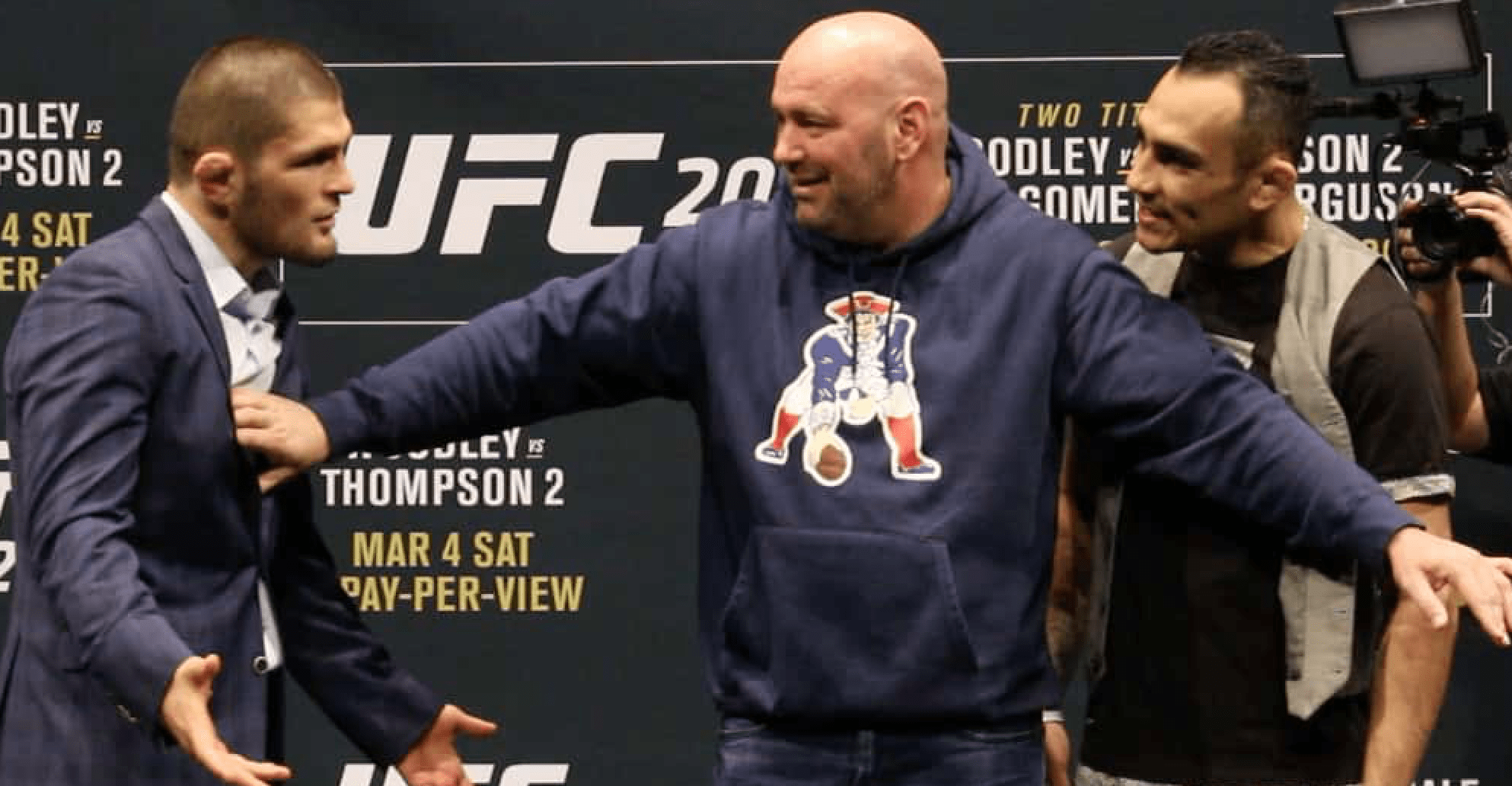 It’s the showdown the world has been waiting for, for several years. UFC lightweight champion Khabib Nurmagomedov and Tony Ferguson will try to face off again on April 18th, at UFC 249.

The matchup has been long overdue because of cancellations in all four of their previous planed meetings and going into their fifth scheduled fight, the unbeaten Russian champion is confident about his chances against the man known as ‘El Cucuy’.

“I always rate my chances higher than those of my opponents since I can’t approach a fight with uncertainty, I think I’m a lot better than him at wrestling, I’m much better than him physically. I’m tougher than him, and I haven’t lost yet, unlike him,” Khabib said of Ferguson at a recent press conference in Russia (as transcribed by RT.com).

“Unlike him I haven’t been knocked down yet. He has, I believe seven UFC knockdowns, a lot of falls from punches. So I can hit, I’m going to hit him especially hard,” he added.

Despite the conviction, Khabib acknowledged Ferguson’s current streak, which he thinks will add more hype and anticipation to their bout. ‘The Eagle’ also revealed the timeline for when he plans to properly begin his preparations for the mega fight.

“I think it’s probably also right to note his strengths. He’s also on a good winning streak, he hasn’t lost since 2012. He’s a very good opponent. In the history of the UFC there’s never been a fight between two people with twelve wins in a row. So it will be a big, historic event.

“As an opponent I take him very seriously. I train wherever I am but from January I’ll start training hard. If I started intensive training in December it would be wrong because then it would be four months, you can overload. To distribute the load evenly, we’ll start in January. That’s about one hundred days of hard training and, as they say, [get] into battle.”

At the age of 31, Khabib admitted that he is contemplating retirement, despite being in his prime. However, he will focus first on the upcoming task with Ferguson and will then assess whether he’ll continue to fight.

“Well, we don’t have a plan for when we’re going to finish but I do know it is not over the mountains, as they say. That time is very close,” Khabib exclaimed.

“I don’t want to think about the future, I still have to live to April, I still have to fight, I need to win. So, I don’t like to look too far ahead. Now we have an opponent, Tony Ferguson, a very serious opponent. And I think it’s necessary to have this fight then we’ll sit down and think about what’s next.”

“We’ll consider whether there’s any point in fighting any more. There will always be a reason to fight – money. But will we need it? We’ll think about it. I feel good now. I’m 31 and it’s a very good age to fight, and for sport. I’m far from retirement age, but it’s around the corner,” he declared.

Do you think Tony Ferguson is the man to end Khabib Nurmagomedov’s unbeaten record?