UFC: Khabib Puts McGregor And The NSAC In Their Place 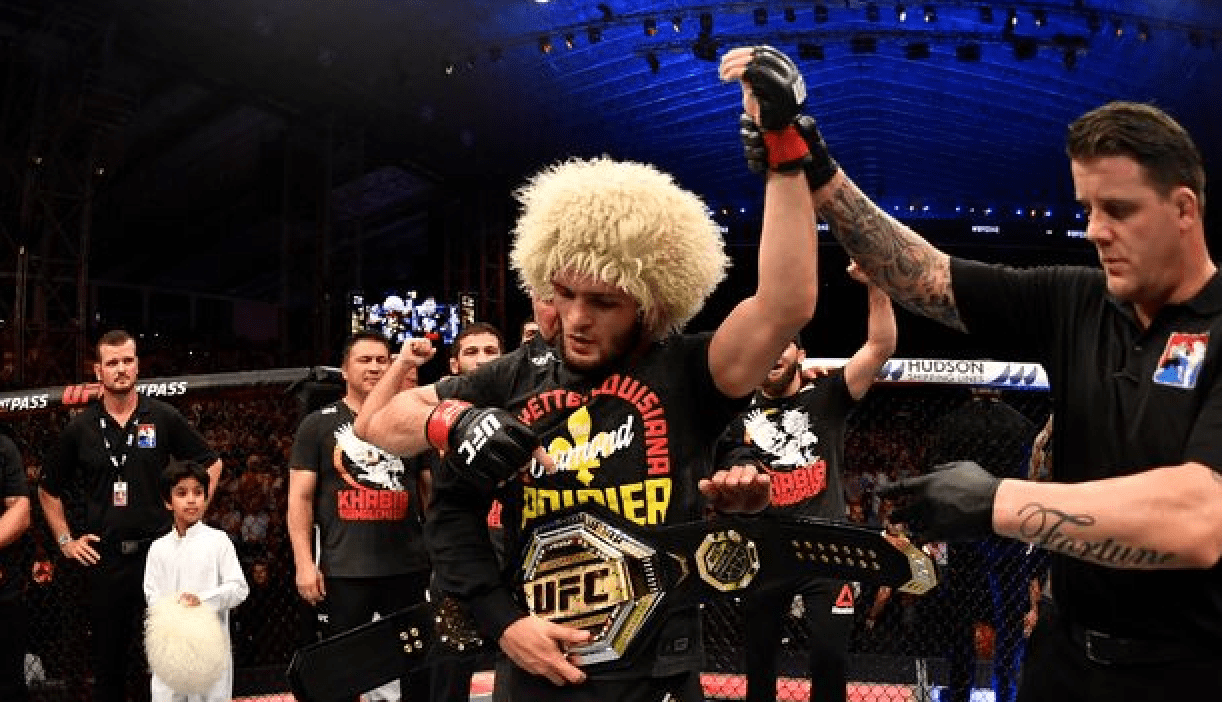 Khabib Nurmagomedov is expected to defend his UFC lightweight title against Tony Ferguson in 2020. And while there has been speculation that the fight will go down in Russia, the 155lbs champion has come out and said that it is likely to be in the US.

It’s looking unlikely that it will be in Las Vegas though. And it sounds even less likely that he will be giving a rematch to Conor McGregor anytime soon. Speaking recently (as transcribed by ESPN), Khabib said that the Irishman needs to win ten fights, if he wants a rematch.

“As for a rematch, to fight for a belt in the UFC, I remember I had something like nine or ten fights. If he wins ten fights in a row, then that’s completely possible,”

Khabib went on to state that he is only prepared to fight in Las Vegas again, if the Nevada State Athletic Commission (NSAC) apologise to him. Adding that it’s more likely that he’ll fight in New York, in April instead.

“They offered me to fight in Vegas in March, but I told them that if Vegas officially apologises for wrongly fining me for that incident on October 6th, 2018, then I’ll fight there.”

“If not, then they can assign me to another date. As far as I know, they’re planning in April to hold [a fight card] somewhere in New York, so I’m saying I’m ready for April, or March if Las Vegas apologises.”

Khabib is coming off a successful title defence against Dustin Poirier at UFC 242. While McGregor hasn’t fought since being submitted by Khabib at UFC 229, thirteen months ago. The former UFC two division champion has recently stated that he will return at UFC 246 on January 18th. UFC president Dana White has stated that McGregor is likely to return against ‘Cowboy’ Cerrone but said the deal is far from done.

If Conor McGregor returns to winning ways, would you like to see the rematch with Khabib Nurmagomedov?