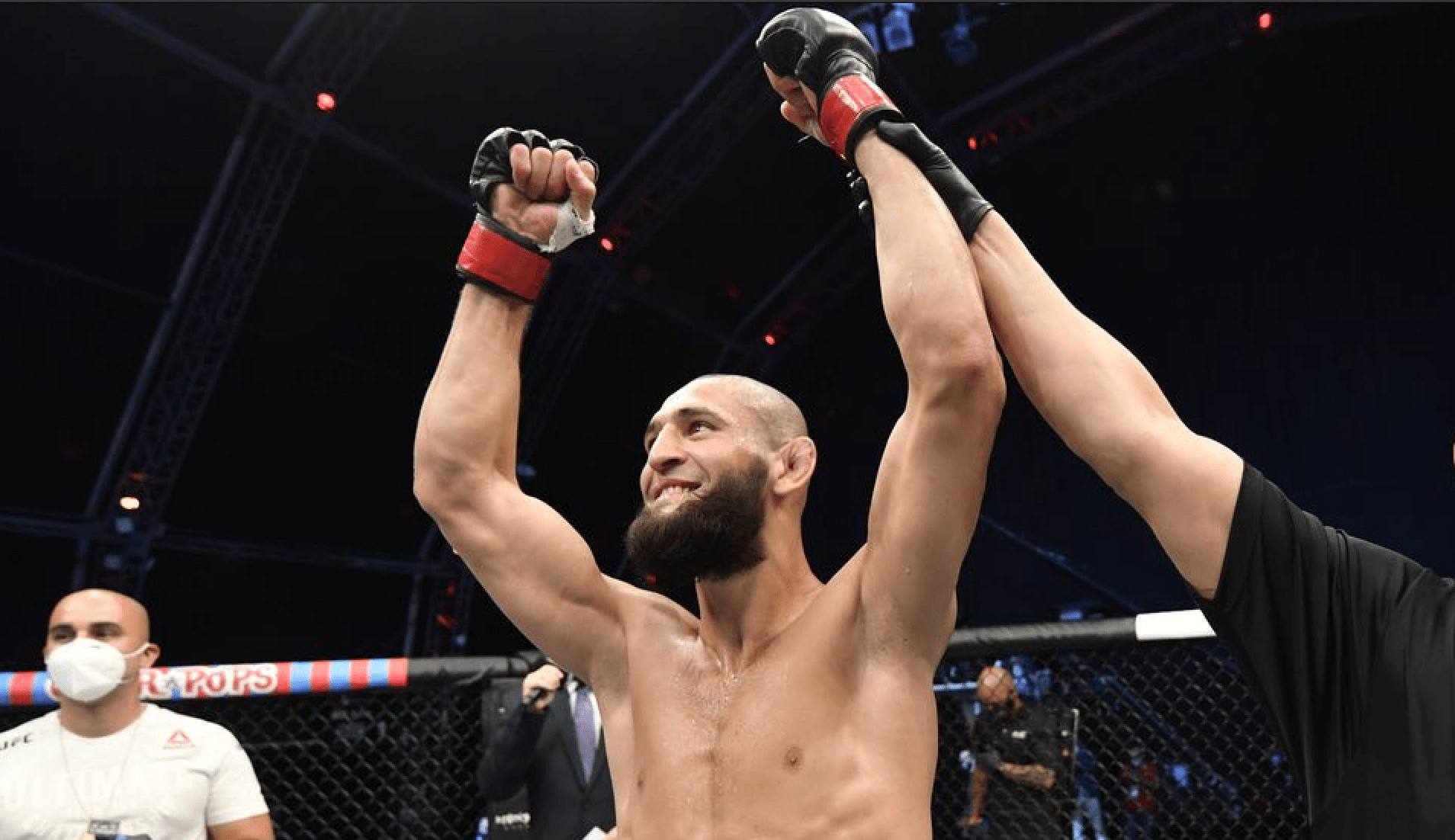 Not content with two fights in ten days, Chimaev wants a third fight as soon as possible. So impressed with Khamzat, UFC president Dana White has promised him a fight this month.

Third Fight In One Month

Chimaev recently called out the UFC superstar Conor McGregor after he insulted him on Twitter, yet the Irishman doesn’t appear interested in the fight and remains retired for now.

Talking with Chael Sonnen on his YouTube channel (transcript by Bloody Elbow), Chimaev commented on rumours that he may be fighting the ever popular Donald ‘Cowboy’ Cerrone.

“I don’t know [if I have an opponent yet],” Chimaev said. “I train everyday. No, nothing [about ‘Cowboy’]. I would be happy if they give me him. He has a good name, but for me it’s an easy fight, easy win. I think first or second round, I would finish him.”

“I Know I Can Smash For Everybody”

Although Chimaev still doesn’t have a scheduled opponent, his mindset remains the same, whoever the UFC decides to put in front of him.

“I love to fight. Smash somebody, take money. I know I can smash everybody in the UFC,” he asserted.

This is the kind of mentality that the UFC lightweight champion Khabib Nurmagomedov is known for. Although Chimaev has trained with a lot of fighters from Dagestan, he hasn’t had a chance to train with the 155lbs champion, but hopes to in the future.

How do you think Khamzat Chimaev would do against ‘Cowboy’ Cerrone?