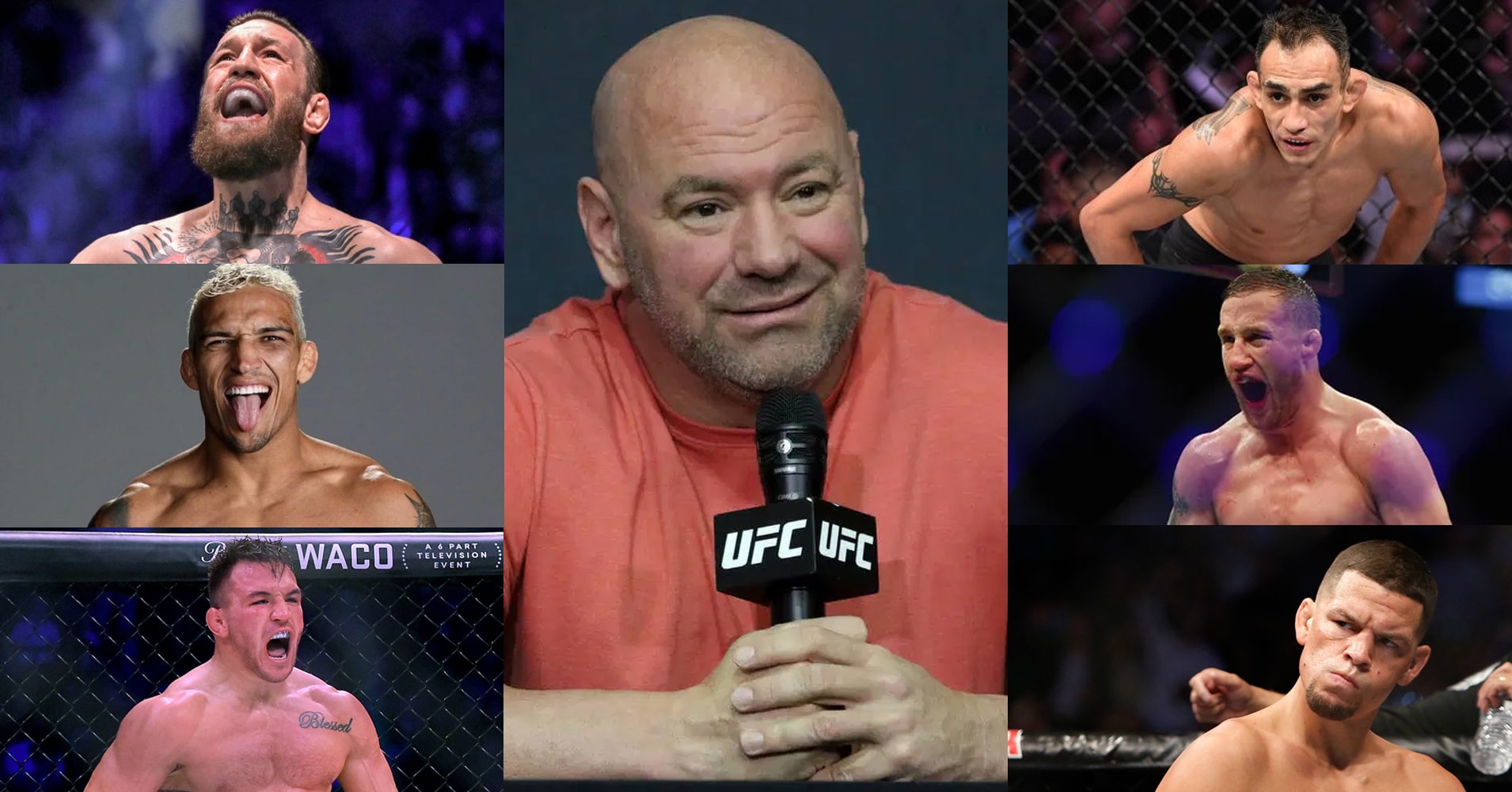 With the UFC lightweight division currently in a state of limbo, the division’s top contenders are instead taking to social media to jostle for top position.

Last month at UFC 257, Dustin Poirier TKO’d Conor McGregor and newcomer Michael Chandler finished Dan Hooker in the main and co-main event. With champion Khabib Nurmagomedov retired, many thought that the two winners would go on to fight for the title, and the division would get back on track. However, things have taken a different turn.

Instead, Dana White is still chasing Khabib in the hope of bringing him back, the UFC is planning a trilogy fight between Poirier and McGregor in the summer, and Charles Oliveira’s chances of fighting for the title anytime soon are looking bleak.

Despite reports that McGregor is obsessed with running it back with Poirier, it didn’t stop the Irishman from mocking Tony Ferguson on his birthday, referring to him as ‘El Cockeye’. Which obviously didn’t go down too well with the birthday boy, who responded by calling the former two division UFC champion as an ‘attention wh***’.

To which Chandler responded by saying that Gaethje’s resume is no better than Oliveira’s.

While Oliveira hasn’t yet responded to Gaethje’s remarks, he did turn down a callout from Nate Diaz, who in an interview earlier this week, said that he wanted to fight ‘Do Bronx’ at welterweight.

Diaz also said he’s eyeing a welterweight fight with Poirier. The two were scheduled to fight at UFC 230, but the fight was scrapped. When asked about a fight with Nate, Dustin said ‘we’ll see what happens’.

While Diaz would like to fight at welterweight, when he was called out by number three ranked contender in the division, Leon Edwards, the Stockton native dodged the offer.

Dana White On The Lightweight Future

Speaking to ESPN (as transcribed by Give Me Sport), Dana said that McGregor is ‘completely obsessed’ with the idea of a trilogy fight with Poirier.

“He’s completely obsessed with the rematch now and wants the fight back,” Dana said. “What’s fun for us, being the fans, if you look at the number-one ranked guy in the world, Dustin Poirier all the way down to number seven, who I think is Rafael dos Anjos, the fights that can be made to find out who becomes the next champion are unbelievable. We’re in for some incredible fights to find out which two of these guys from one to seven will square off to become the next world champion.”

Dana said that the future of the lightweight division will be decided through a tournament-like scenario, and that the two guys that come out on top will fight for the title.

“No. These guys are all going to fight it out, we’ll narrow it down to the two guys who will face off for the title,” Dana revealed.

Despite claims from Poirier that he is the uncrowned champion of the division, Dana believes Khabib is still the man to beat at lightweight and still hopes to see him return the Octagon.

“No. Still going to meet him here in Vegas, we’re supposed to go to dinner soon,” Dana revealed. “First of all the one thing he says is he doesn’t want to stall and keep the title in limbo. Which he’s not anyway. All these guys need to fight. I saw some talk yesterday where everyone was like, ‘Dustin should be the champion’.

Who do you think will end the year as the UFC lightweight champion, Dustin Poirier, Charles Oliveira, Michael Chandler or someone else?