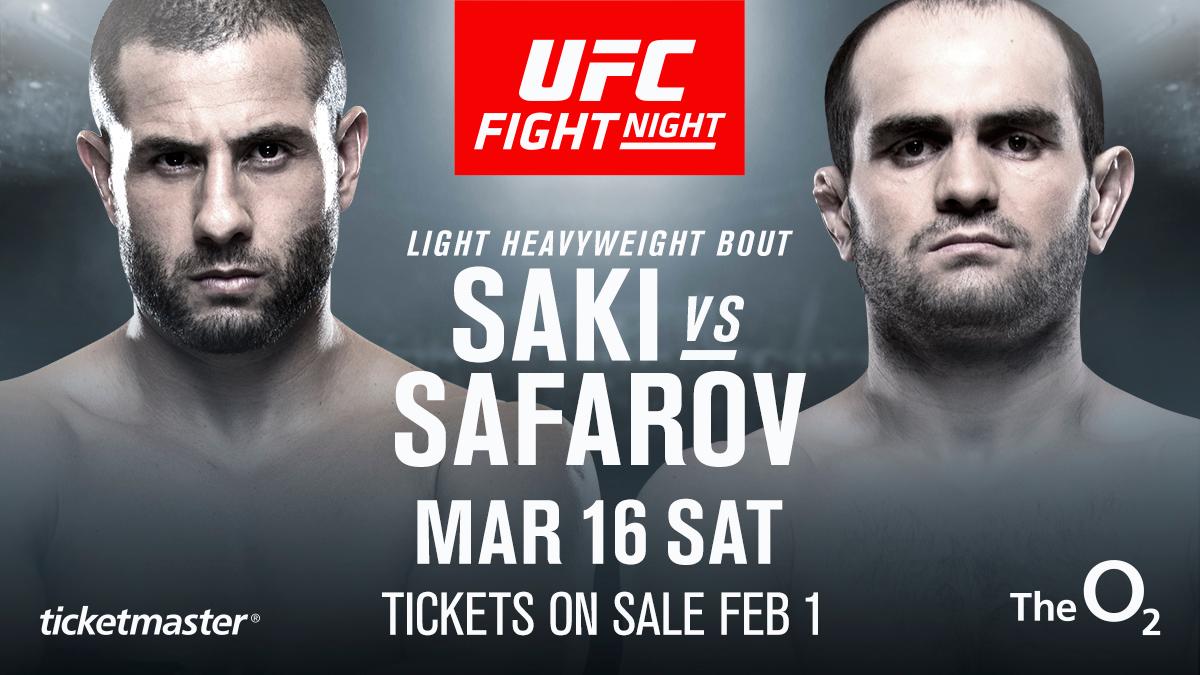 Gokhan Saki might not have had the best of starts in the UFC, but the former kickboxing world champion will be returning to the Octagon at UFC Fight Night: London. The promotion will be heading down to London, England on March 16th, with UFC Fight Night set to take place at the famous O2 arena.

Gokhan Saki (1-2 MMA) makes his much anticipated return to the Octagon during the event. Saki last fought at UFC 226, suffering defeat at the hands of Khalil Rountree Jr. in the first round. However, the Turkish-Dutch MMA fighter would want to get back to winning ways, as he faces Russian light heavyweight Saparbek Safarov.

Safarov went undefeated in his first eight MMA fights, before going on a two-fight skid. The Russian last faced Tyson Pedro at UFC 221, losing the fight via submission, and is 0-2 in the UFC.