UFC: Luke Rockhold Says He’s One Or Two Fights Away From Title Shot 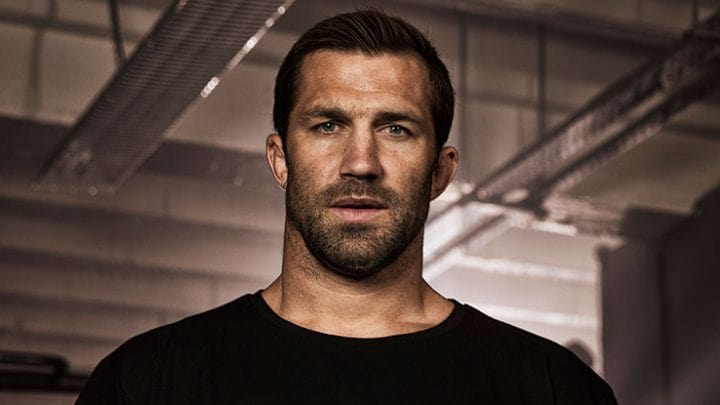 Luke Rockhold has accused Dana White of using mafia-like negotiation tactics with UFC fighters. And believes he’s potentially only one or two fights away from a title shot.

Dana is currently engaged in a financial tug-of-war with former light heavyweight champion Jon Jones, who is demanding more money to fight newly-crowned heavyweight kingpin, Francis Ngannou. During the UFC 260 post-fight press conference, the UFC president joked that if he was ‘Bones’, he would move down to middleweight to avoid fighting ‘The Predator’. This prompted the Albuquerque native to go on a tirade on social media.

Jones isn’t alone, however. Speaking on the Rippin’ It podcast (as transcribed by MMA Fighting), Rockhold said that he decided to pursue a career in modelling because of the ‘mafioso’ tactics Dana used against him after he lost his middleweight title to Michael Bisping at UFC 199.

“Once I lost the world title, Dana White came up to me and tried to beat me down mentally and I was like ‘F*** you,’ straight up. I was like I’m going to go do my own thing, if you’re going to try and offer me this bulls***. You know who I am and what I did. So that was the only reason I went out and got a modeling contract, so I could leverage myself.

“I went back and within a year I got the fragrance with Ralph Lauren and then you’ve got Dana and them crawling back to me like ‘Hey Luke, what do you want to do? Can you fight here? Do you want this amount of money? Do you want that?’ and I was like ‘Yeah, that’s right motherf***er.’”

Rockhold went on to accuse the UFC boss of thinking he’s a fighter, and suggested that the sport needs a governing body to stop promoters like Dana from treating fighters ‘like a bitch’.

“We don’t have a governing body, that’s another problem too,” Rockhold noted. “They have governing bodies everywhere else but we’ve got an egotistical guy that’s a bit of a tyrant. No one – he is going to try to fight you and you’ve got to put your f***ing ass on the line. Stand your ground and you’ve gotta take risks, otherwise you get treated like a bitch.

“It’s unfortunate. A guy like that, he thinks he can fight, he thinks he’s a fighter. I don’t know why he’s trying to belittle all the fighters when you’ve never fought a day in your life. I understand you’re a promoter. We need a governing body to really give people what they deserve, because he doesn’t play the game right.”

Rockhold hasn’t fought since his second round TKO loss to Jan Blachowicz in a light heavyweight contest at UFC 239. He’s eyeing a return to middleweight later this year though, and believes that he’s only one or two fights away from a title shot.

“My last two fights, I went up a weight class for the first time in my career and I fought Jan Blachowicz, who is now champion. My fight before that was against Yoel Romero, a world title fight where I killed myself to make weight. He cheated, missed weight by three pounds and I lost a close fight there. So my last fight at middleweight was for a world title. I’m right there. I know I stepped out but these guys are bums and I think I can come in and wreck house.”

What are your thoughts on Luke Rockhold’s comments on Dana White and being only one or two fights away from a title shot in the UFC middleweight division?