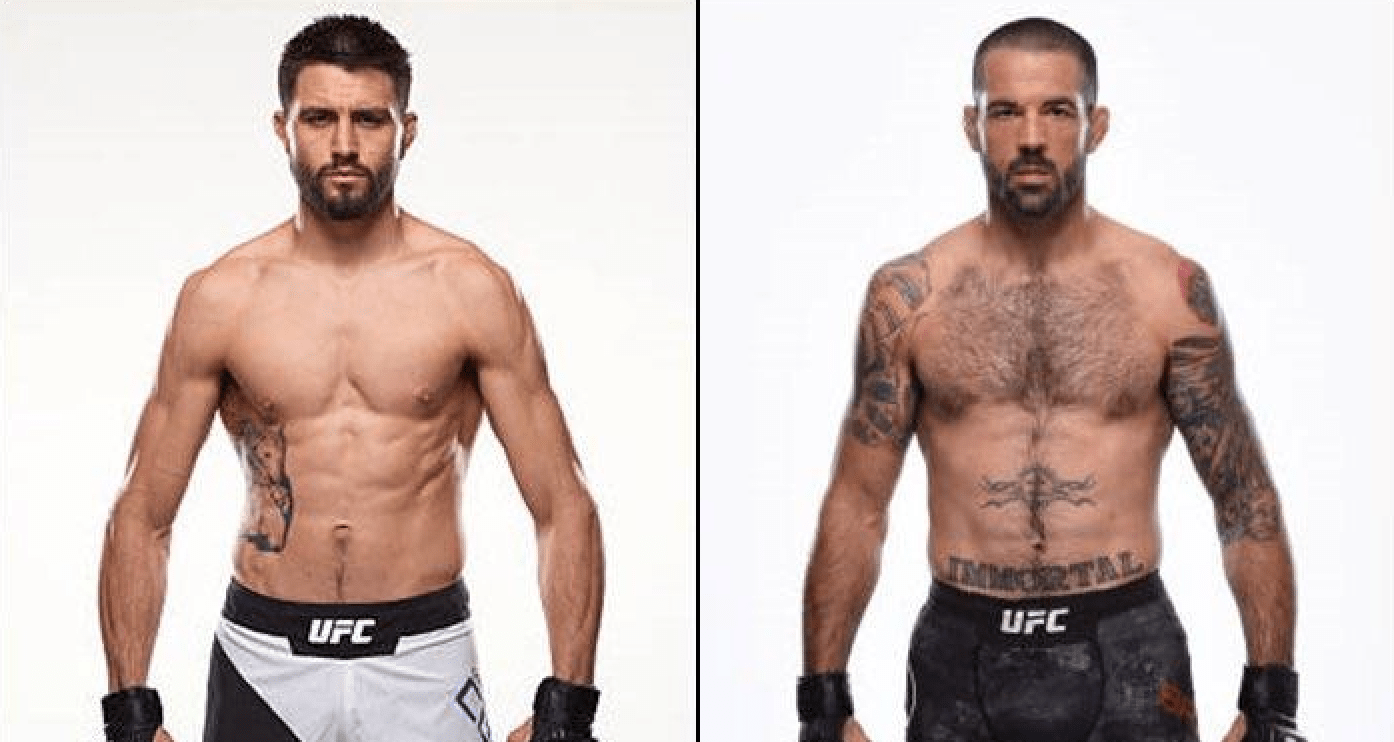 When he steps inside the Octagon against Carlos Condit at UFC Fight Island 7, Matt Brown plans to go for the kill.

Brown and Condit have been booked to fight twice in the past, at UFC Sacramento in 2013 and UFC Glendale in 2018, but the former was forced to pull out on both occasions due to injury. With just a few days left until their co-main event bout, ‘The Immortal’ is confident that third time’s the charm.

Speaking to BJPenn.com, Brown said that he feels great ahead of UFC Fight Island 7, and is looking forward to a “great performance”.

“I’m happy to finally be able to make it to the fight, I had to pull out twice so far,” Brown said. “I’m feeling very healthy, very strong and all signs point to a great performance.”

Condit was on a five fight losing streak before he finally broke free with a decision win over Court McGee at UFC Fight Island 4. With a bit of momentum now on his side, Brown expects his opponent to come at him with all guns blazing.

“It was a safe win. He played it pretty safe and didn’t take many chances. His confidence is back now and a good confidence booster for him,” Brown said. “I expect him to come out and throw fire, it will be different than his last fight. He didn’t look spectacular I guess. Court is the type of guy to not make you look spectacular.”

But Brown isn’t too worried, as he is confident he is going to dominate his opponent and earn a knockout win.

“I envision myself dominating this fight and not really a back-and-forth or a Fight of the Night. I can dominate this fight,” Brown promised. “That is the plan (to knock him out). Carlos is older, went on the losing streak and a lot of people say his best days are probably behind him. But to me, this would be the biggest win of my career. He is a former world champion.”

Brown is coming off a second round TKO loss to undefeated prospect Baeza at UFC Florida, and he only has himself to blame for the brutal loss.

“The biggest takeaway was that I need to take every fight seriously. I kind of thought I would go out there and knock him out right away and almost did,” Brown shared. “I didn’t really respect who he was or his skills or what he could do. At my level of experience in age, I should know better. It was immature on my part.”

At 40 years old, Brown is in the twilight of his career, and believes that it’s about time he retires, but feels that he is in great shape right now, and is taking one fight at a time.

“Every fight could be my last. I’ve been setting up for a long time that when I do retire I’m not broke or setting up from scratch. I am in a position where I could retire, but we will take it one fight at a time,” Brown said.

“The way I feel after this camp it is going to be hard to say that I will retire because I feel great. This will be the best Matt Brown you have ever seen. It will be hard to retire but there are a lot more factors these days. I have a lot of fights under my belt but I also have kids. That is the big thing. Being able to spend time with my kids, raise them properly, give them the time and energy they deserve.”

Who do you think wins the UFC Fight Island 7 co-main event between Matt Brown and Carlos Condit?