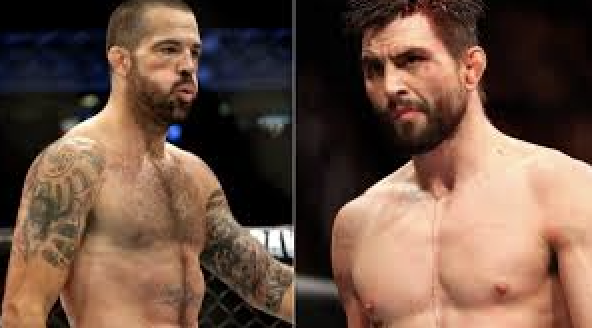 UFC welterweight veteran Matt Brown, was scheduled to fight Miguel Baeza last month at UFC Columbus. However, the card was cancelled due to the increasing coronavirus threats.

Despite the fact that Baeza remains unbeaten in his professional career at 7-0, Brown admitted that he was surprised the UFC booked him against the former Dana White’s Contender Series winner.

“Yeah, I was a little surprised. I was a little thrown off by it. I haven’t been offered a young up-and-comer like that for a long time. I’ve fought veterans and top-ten guys so, yeah, it threw me off a little bit. But I’ve never turned down a fight [and] wasn’t about to, so you just gotta do what you gotta do,” Brown told MMA Junkie.

Now that he officially doesn’t have a scheduled opponent however, Brown expressed a wish to be matched up with the former UFC welterweight interim champion, Carlos Condit.

Brown and Condit have been scheduled to meet twice previously, in 2013 and 2018, but both fights were cancelled due to ‘The Immortal’s’ injuries.

“Oh, absolutely,” he said. “I mean, me and Carlos, we’ve been on this path, these parallel paths and just, for whatever reason, things have happened every time, and [we’ve] not got to fight each other. So, yeah, I think that would be a great fight for the fans, too. I think all the fans would love to see that. I just don’t know where he’s at in his career. I know he’s had a lot of health issues lately, so who knows?”

Beside wanting to fight Condit, Brown also named a few rematches he would happily welcome.

“Well, I guess specifically ‘Cowboy,’ [Cerrone] because he knocked me out, and that’s the only time I’ve ever been knocked out. I don’t like getting knocked out,” Brown said. “I’d like to knock him out. I think I could have had a better performance against Demian Maia. I don’t know if he’s at the point in his career where he would do a rematch, and I wouldn’t mind going back against [Robbie] Lawler again, too. I thought I won that fight the first time, and I think that we put on a hell of a fight, a hell of a show, and I just think that, matchup-wise, it makes sense.

Brown last competed at UFC 245, where he defeated Ben Saunders, after a two-year break.

Who would you like to see Matt Brown fight next?