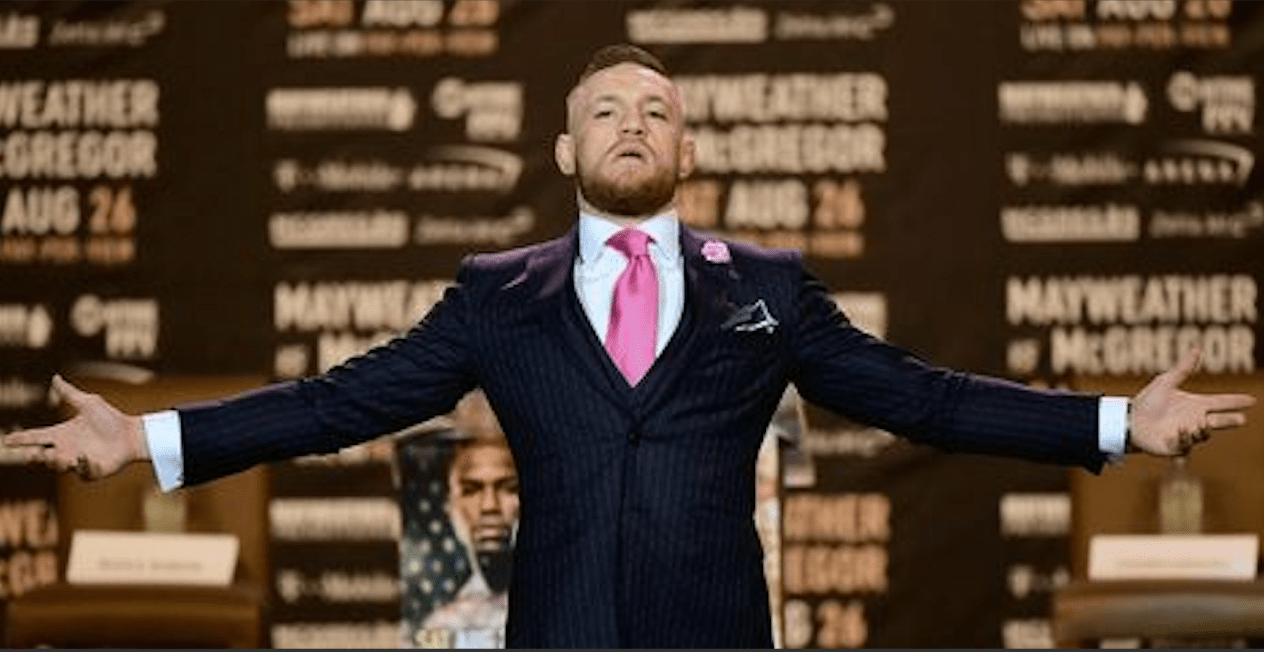 Conor McGregor is set to face Dustin Poirier in a rematch for the ages at UFC 257 on January 23rd. With some time off from training, he sat down to talk about his life during the coronavirus, his next fight, his relationship with Dana White, Khabib Nurmagomedov’s retirement, and a potential boxing bout with Manny Pacquiao.

McGregor last fought at UFC 246 one year ago against ‘Cowboy’ Cerrone, winning via TKO in only 40 seconds, but spent the rest of 2020 mainly in his home country of Ireland due to the coronavirus. Like everyone else around the world, he told The Mac Life that his life has been affected by the pandemic as well, but it was a good year for him nonetheless.

“Like us all, it has been tough. I think all of us around the globe have gone within themselves, finding comfort in our own company and you know, it’s a good thing in my books,” McGregor said. “I certainly felt like I have learned about myself. Times are still tough, make no mistake about it. It (the coronavirus) is rampant again. Ireland is going through a tough time again, and we have got the vaccine, we have got positive things to look at. I think if we stay tight this year, 2022 is where we will begin to emerge from it, you know. I still feel we are in the midst of it, but as long as everyone does their part, we will come through. I am happy to come back here, to the Octagon, to the UFC arena, to give the people of the world good entertainment, a good fight.

“2020 was a good year for me, highest pay-per-view, fastest main event KO. I came back with a bang, 40 seconds. I want to focus on the positives because there’s so much negativity surrounding it. I would have loved to compete. I am a competitor at heart. I thrive under competition, it’s when I do my best work when I am in competition… It was a little upsetting at times, having to sit out through 2020. It is what it is, but here I am back in 2021 ready to start the year.”

Last year, the relationship between McGregor and Dana turned sour after the former took to social media and shared screenshots of his private conversation with the UFC president, who in a recent interview, revealed that the two have buried the hatchet now.

“You know, me and Dana have always had an amazing relationship, more than a fighter-promoter one,” McGregor said. “I have nothing but respect for Dana, what he has done in 2020 is nothing short of outstanding, and I have commended him on that, and I commend him on that.

“There were pockets last year where we were at loggerheads, but this is high pressure, high stakes business, when you’ve got an Irishman looking for a fight, you better give him one… All is good, we hashed it out, we set our peace, and we are in a great spot now, and I am very excited to come back, I am here for the company, and want to kickstart things in a major way.”

McGregor beat Poirier at UFC 178 in 2014 the first time they fought, and he remembers the fight and the lead up to it very well, but believes that his opponent is a completely different fighter now.

“I remember it all very well. Dustin was number five in the division, one of the top fighters, he always was, and he rose up to be a champion,” McGregor stated. “I certainly feel he is the top in this division, he sparked Gaethje, I believe he beat Oliveira also, he beat Hooker, who is in the co-main event [at UFC 257], so he is a phenomenal fighter, you know, and I am so excited to go in there and compete with him. Back then, I was doing my thing, rolling in, enjoying the experience, it was my first time fighting in Las Vegas, we were doing a press conference in MGM Grand out in the open, so I was taking it all in.

“I remember it very well. I know he got a bit riled up, with the fans and all that, but he is more mature now, and I am excited to get in there and compete. I respect Dustin, I did back then, but there’s this element of gamesmanship and this and that, but it’s the fight business at the end of the day, and you know, he has his skills that he brings to the table, and I have mine. Let’s bring it.”

Both fighters are approaching their UFC 257 main event very differently. While McGregor has predicted a knockout within sixty seconds, Poirier has said he is looking forward to a war.

“Who’s got it right here? The man who always gets it right, ‘Mystic Mac’. He was born on the night of the first Poirier fight,” McGregor noted. “However, Dustin is a tough competitor, and honestly, I would love a war too, and I am certainly ready for that, so let’s see. I would have landed devastating blows in the first sixty seconds of the fight, so if Dustin can withstand them, more power to him.”

Title On The Line

Both Poirier and McGregor’s coach John Kavanagh, have previously said that the UFC 257 main event should be for the lightweight title. While the Irishman agrees with them both, he isn’t too concerned, because “the belts will come” sooner or later.

“I feel it should be. I don’t think Dana is going to be bouncing into showing me a belt straight away, or put a title on, with the way the year [2020] went,” McGregor said. “But I understand that, you know, the belts will come. I am here to compete, get some good competition, the belts will come, maybe the next bout is fair. I would have likened it to see it this fight, but there’s a man scurrying around (Khabib), and they’ve given him some time.”

Khabib Nurmagomedov retired from the sport after a successful title defence against Justin Gaethje at UFC 254. McGregor, who has long been eyeing a rematch with ‘The Eagle’, said he doesn’t understand why the reigning champion would “scurry away” while he’s still in his prime.

“He’s looking like a little fat elephant. He’s enjoying himself,” McGregor joked. “I don’t think he made weight the last time either here, to be honest, he was pretty skeptical on the scales, very unusual behaviour, But it is what it is. How you can walk away from it at this stage is beyond me, but to each their own. There’s so many exciting fights out there, even the Tony [Ferguson] one. No matter what, fights must take place, you cannot just scurry away from belts. It’s been the hallmark of his approach, and I wasn’t surprised to see him walk away, or scurry away, but it is what it is, we carry on.”

McGregor also talked about a potential boxing bout with Pacquiao, which he claims is going to happen this year. He also revealed his plans of winning a world title in boxing before he retires.

“I know the talks are intensifying. I am excited about it, and I know it will take place this year, what time this year I don’t know,” McGregor revealed. “We are going to have some good discussions with Dana and the UFC and see where it goes. I am open to it all. I will certainly attain a boxing world title before I call it a day, and I will be very excited to do it against Emmanuel Pacquiao.”

What do you make of Conor McGregor’s comments about Dustin Poirier, Khabib Nurmagomedov, Manny Pacquiao, and the UFC?