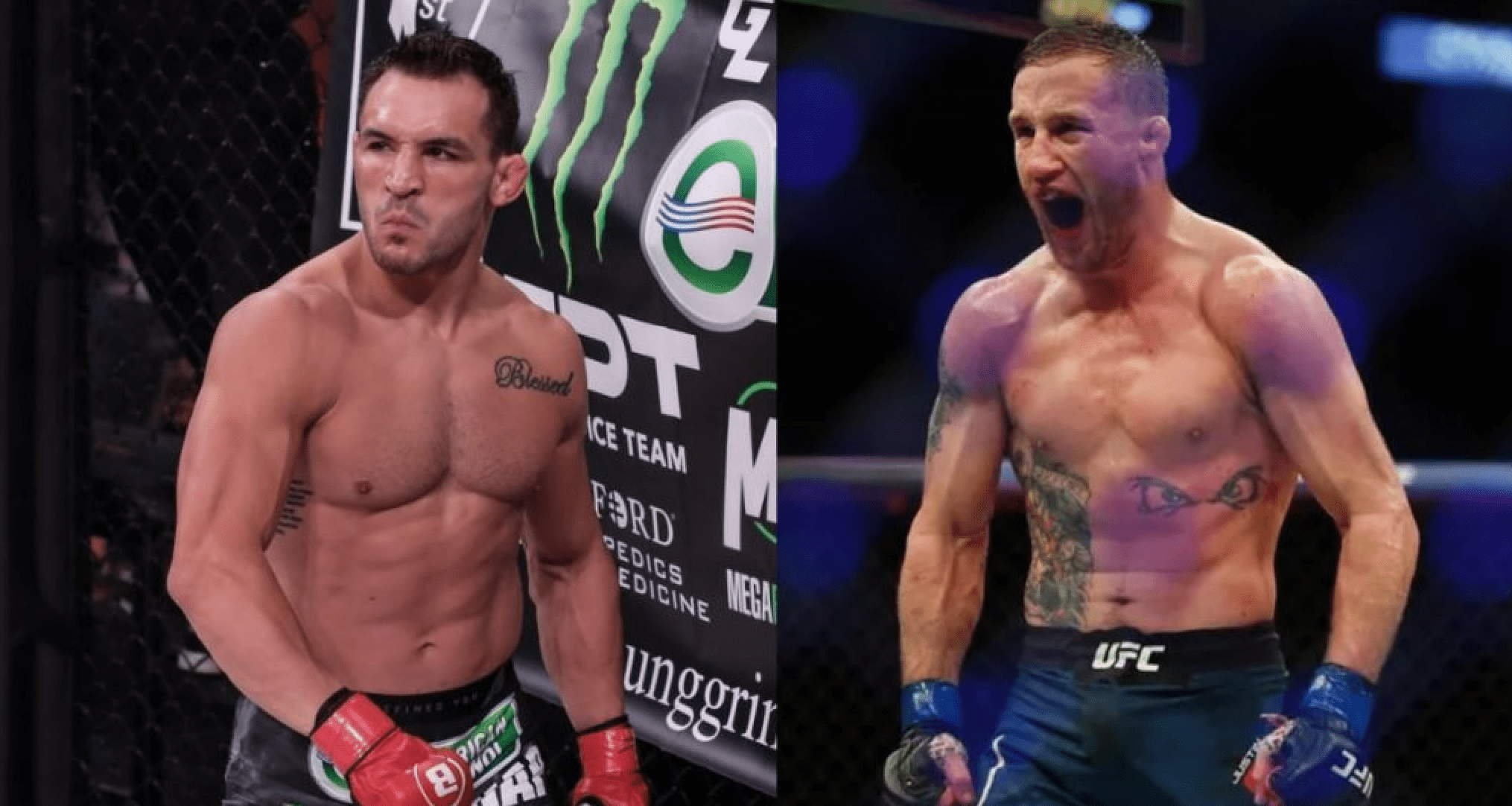 Michael Chandler wants to fight Justin Gaethje next to prove that he is the most violent man in the UFC. And according to ‘The Highlight’s’ manager Ali Abdelaziz, his man is game.

Chandler made a spectacular UFC debut by finishing number six ranked Dan Hooker in the first round in the UFC 257 co-main event. The 34 year old stung his opponent with several body shots, before throwing a haymaker out of nowhere, sending the Kiwi crashing to the canvas, and then finishing the job with a number of blows to his head.

Most Violent Fighter In The UFC

The victory has certainly put Chandler in a strong position to fight for the lightweight title, but he is weighing his options.

Speaking to ESPN (as transcribed by BJPenn.com), Chandler said that he wants to fight Gaethje – known for his chaotic fighting style – to prove that he’s the most violent guy in the promotion.

Gaethje Down To Fight Chandler

Chandler’s callouts seem to have worked; Abdelaziz told Brett Okamoto that his guy is willing to throw hands with the former Bellator champion.

“We’re open to it. Justin has fought a lot of guys tougher than Michael Chandler,” Abdelaziz said. “But he needs to stop trying so hard in the media.”

After champion Khabib Nurmagomedov’s retirement, the lightweight title race is wide open, with Dustin Poirier, Chandler, and Charles Oliveira being the favourites to compete for the belt next.

Gaethje, who was submitted be Khabib in the second round at UFC 254 last October, is also potentially one win away from jumping right back into title contention.

Would you be interested in a potential fight between Michael Chandler and Justin Gaethje?