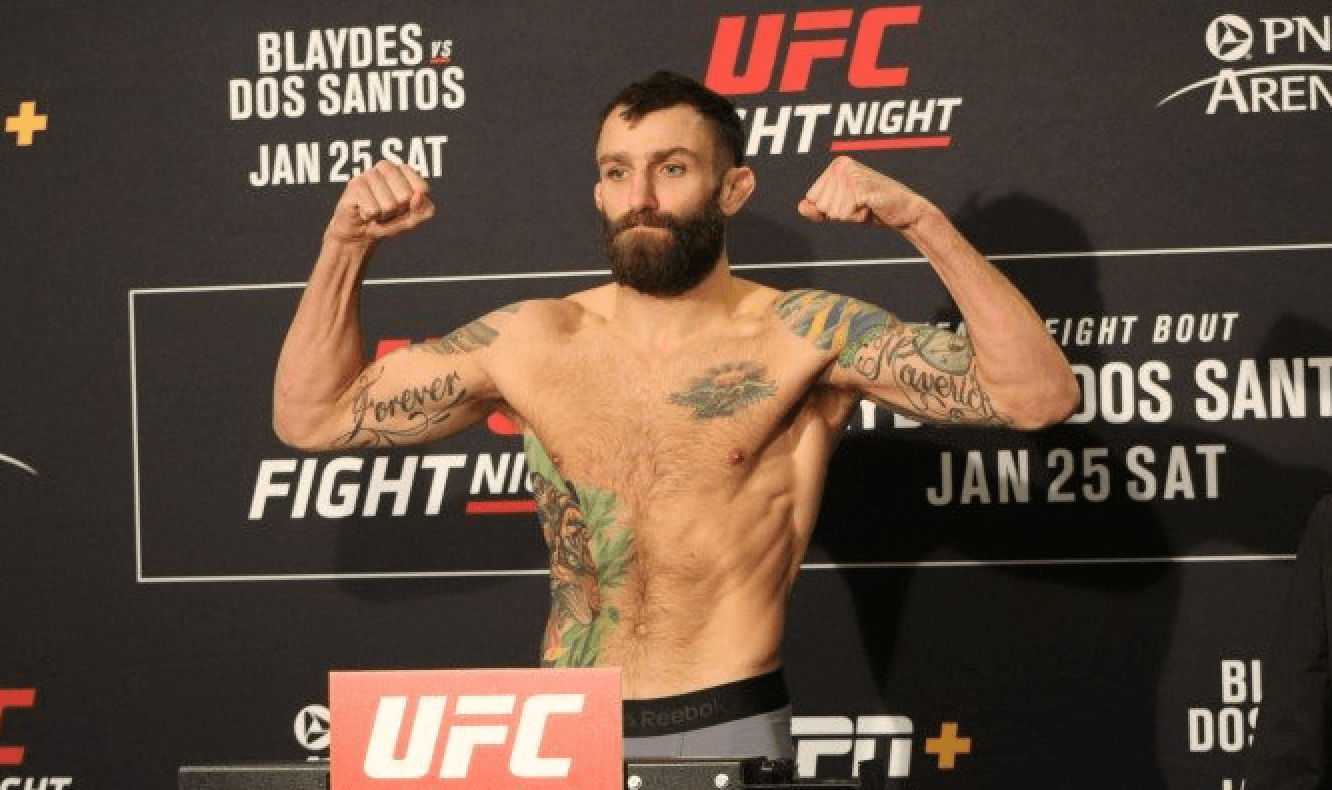 UFC welterweight contender Michael Chiesa hasn’t fought since UFC Raleigh in January, where he took home the unanimous decision victory over Rafael dos Anjos. While injuries and the coronavirus pandemic have kept ‘Maverick’ out of the Octagon, he is now ready and able to return to competition.

While speaking to Submission Radio (transcribed by MMA Mania) ahead of this past weekend’s UFC Vegas 11 card, Chiesa listed a former title contender as a potential next opponent.

“Stephen ‘Wonderboy’ Thompson, I think that’s a fight that really makes sense,” Chiesa said. “I’m lobbying for the guys ahead of me. This isn’t some callout, something out of disrespect. I’m just talking from a sensible standpoint. I think ‘Wonderboy’ makes sense. But we’ll also see what shakes out from this weekend. What if Tyron beats Colby and Colby falls down the ladder? He’s got to fight someone like me. So, there are still some fights that need to happen. But I think just the way things are now, I think ‘Wonderboy’ makes sense.”

Chiesa is currently on a three fight win streak and ranked 8th in the welterweight division, making it difficult to argue against him deserving a big name opponent next. But if the Thompson bout isn’t available, then the 32-year-old will gladly fight the rising prospect Khamzat Chimaev instead.

“I wouldn’t mind Chimaev,” Chiesa stated. “I want guys ahead of me, I want household names. If he beats Maia and happens to jump ahead of me in the rankings, I’m all over that, you know what I mean? If it’s a guy that’s a prospect, even if it’s a prospect, if it’s somebody ranked ahead of me, I’m all over it. And if he wins these next two fights, his stock is going to go through the roof and he will be a household name, and I will welcome that fight with open arms.”

After two stunning wins in ten days on Fight Island in July, the UFC took the unprecedented decision to lineup Chimaev with two fights. Firstly against Gerald Meerschaert this past weekend at UFC Vegas 11, which he won in emphatic fashion via a spectacular first round knockout, and then against UFC veteran Demian Maia in November.

However, after needing only 17 seconds to earn his third win inside the Octagon in only 66 days, UFC president Dana White is likely to reevaluate his immediate plans for Chimaev.

While a set return date and opponent for Chiesa is still to be determined, expect talks with the promotion to increase soon.

Who would you like to see Michael Chiesa face next inside the UFC Octagon?