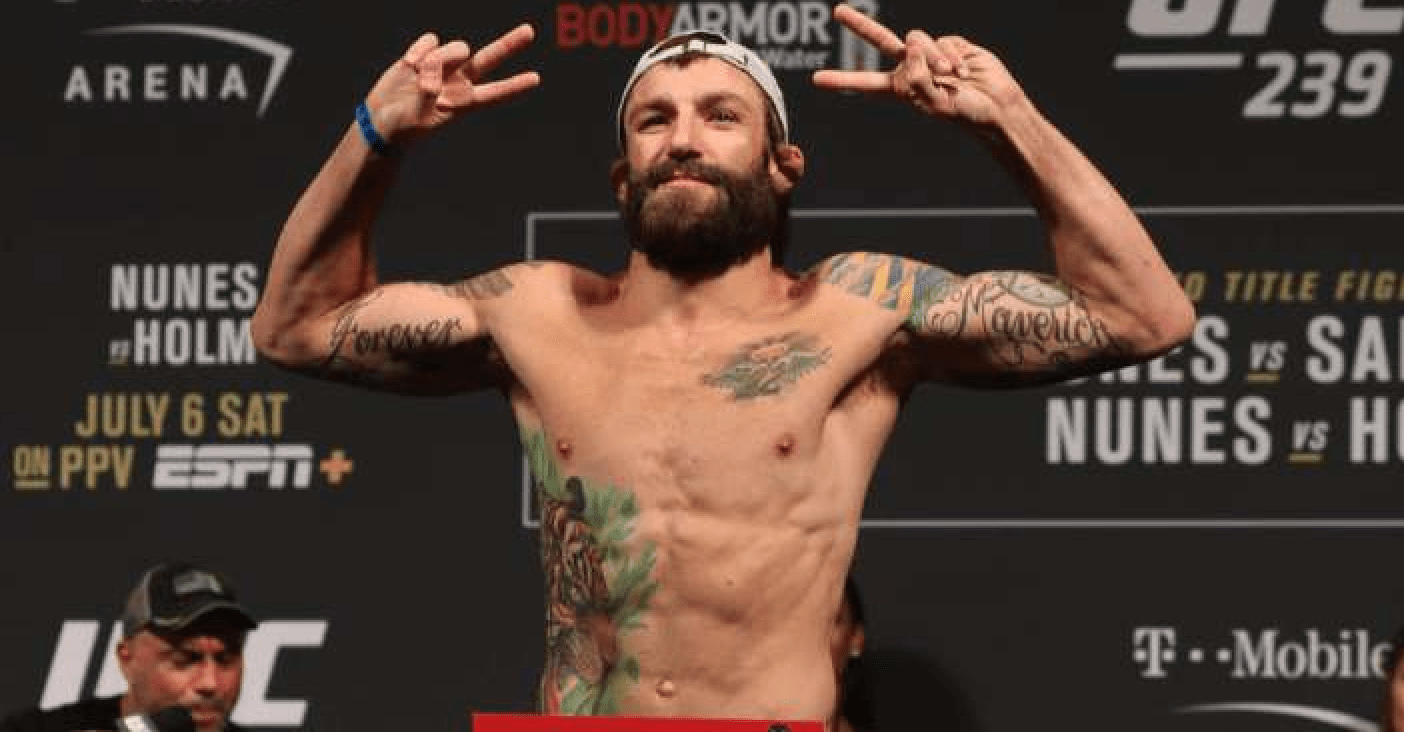 The UFC returns to our screens on May 9th, with three cards in a week, starting with UFC 249. UFC president Dana White has stated that he’s been inundated with his fighters wanting to fight, despite of the coronavirus pandemic. One fighter who will not be performing amid the lockdown however, is the number eight ranked UFC welterweight, Michael Chiesa.

Chiesa has made a successful comeback recently with wins over elite level opponents such as Rafael dos Anjos and Diego Sanchez. In 2018, the Team Alpha Male fighter moved up to the 170lb division following back-to-back losses at lightweight. The move potentially saved the 32 year old’s career and since the jump in weight, he has gone on to win three in a row.

Dana announced that events will resume next week without a live audience, which has created opportunities for many on the roster. However, Chiesa believes that it is unrealistic for him to complete a healthy training camp under lockdown conditions.

Taking to Instagram, Chiesa opened up on the reasons why he won’t be competing during the coronavirus pandemic.

“When are you going to fight again?

That’s a question many of us fighters are being asked regularly. On the heels of my biggest win to date, there is nothing I want more than to get back in the octagon and compete. Fighting in an empty arena feels almost advantageous to me after the time I spent on TUF. Competing in that type of environment is not what I’m worried about. It’s the preparation that’s holding me back. Gyms are closed, training partners are scarce, and coaches/teammates are doing what’s best to protect the heath of their family. All of which are things I empathize with 110%. On top of that, there’s other problems behind the scenes that are better left unsaid. I know many fighters are experiencing the same challenges in trying to put together a camp right now. There’s some people that have enough resources to make it happen right now but unfortunately, I’m not one of those people.

Ultimately I have two choices. One is keep doing what I can to stay fit and wait for restrictions to lift. The other is to make some choices and moves to get me in a position where I can be confident I can prepare for a fight. My stance on who I fight next will remain the same, it has to be someone ranked ahead of me. Out of respect for that short list of guys and the wishes of my family, I’m not showing up unless I can be at my absolute best.

All I can say is, I hope to get back in there sooner than later and I am proactively searching for solutions on my own. I hope everyone out there is staying safe, and staying healthy. God bless.”

Chiesa is not the first UFC athlete to express concerns about fighting during the coronavirus lockdown. Hard hitting heavyweight Derick Lewis has also publicly stated that he will not be competing until restrictions are lifted.

Do you agree with Michael Chiesa’s decision to not compete until he can prepare with a full training camp?