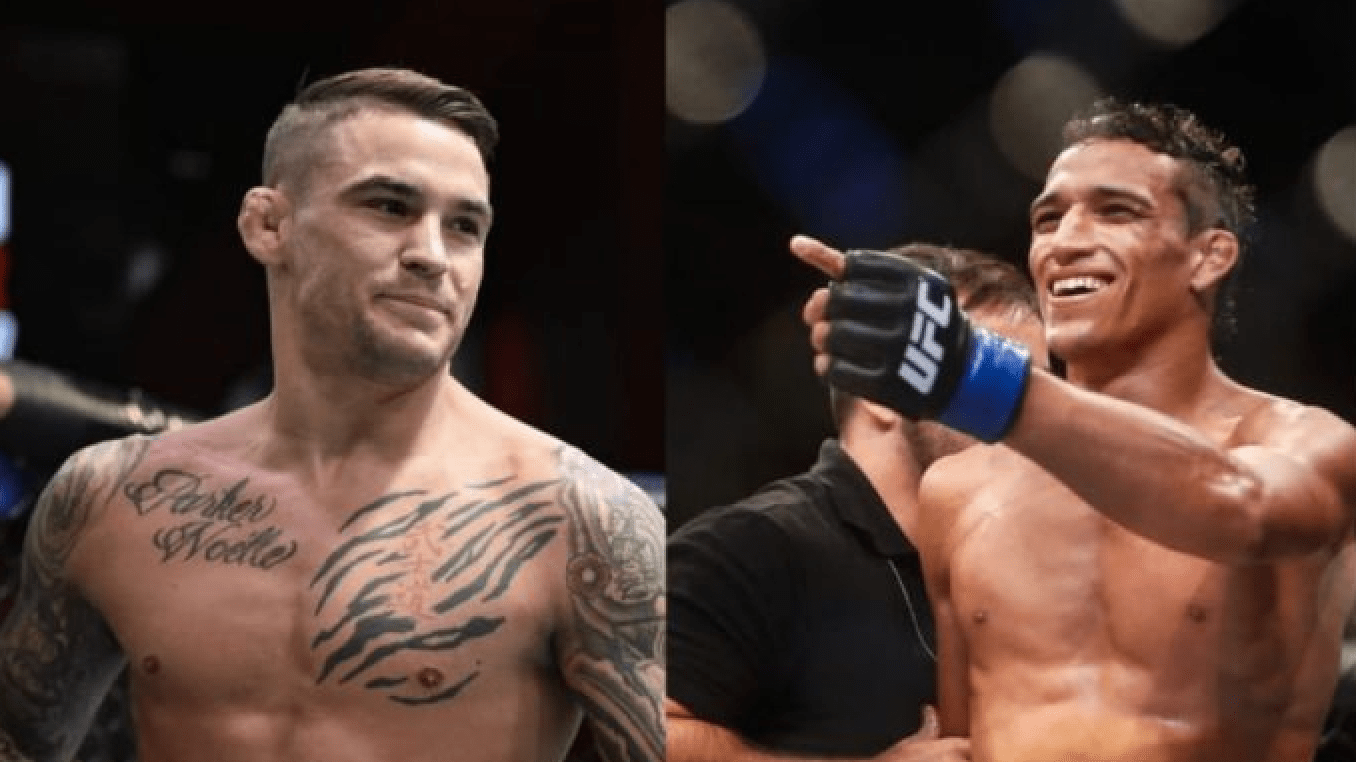 With a massive victory over Conor McGregor in the UFC 257 main event, Dustin Poirier solidified his place as the strongest contender to fight for the UFC lightweight title. The Louisiana native weathered the early storm against the Irishman, and then softened him up with calf kicks, before stopping him with punches in the second round.

Technically, his next fight should be against Khabib Nurmagomedov for the title, but ‘The Eagle’ feels he is levels above everybody else in the division and has no plans to undo his retirement. Which means the UFC lightweight division needs a new champion.

McGregor wants an immediate rematch with Poirier, but the former interim champion has a couple of interesting options in Michael Chandler and Charles Oliveira, with the former Bellator champion being the favourite to fight him next, according to oddsmakers.

In an interview with AG Fight (as translated by Bloody Elbow), Oliveira said that he hopes to lock horns with Poirier in the summer, and promises to get his hands on the belt before the end of the year.

“If this fight happens, it would probably be in May or June,” Oliveira said. “Poirier just had a fight, I don’t know if he’s hurt or anything, but he doesn’t like to have his fights so close to one another. He likes to spend time with his family. That’s why I think it would be in May or June. I’m training again, I train everyday. I’m focused, I’m waiting. This is my time. I’ll be an UFC champion in 2021, in the name of Jesus. I just need to keep my feet on the ground and make it happen.”

While Oliveira respects Poirier’s striking, he feels he is fully capable of throwing hands with him on the feet. But his main goal would be to take ‘The Diamond’ down to the ground and finish him.

“Everyone knows my game. Whenever I can, I take the fight to the ground and go to work,” Oliveira shared. “Poirier is really tough on the feet, he’s been knocking everyone out. However, I’ve evolved on the feet and now I can stand with all of those guys. The fights starts on the feet and of course I would respect him, because he has heavy hands. But when the opportunity shows up, I’ll take him down and finish it.”

Oliveira is riding an eight-fight win streak in the UFC, with his most recent victory coming in a one-sided unanimous decision win against Tony Ferguson at UFC 256.

Who do you think should fight Dustin Poirier for the belt if Khabib Nurmagomedov officially vacates the title, Charles Oliveira, Michael Chandler, or Conor McGregor?