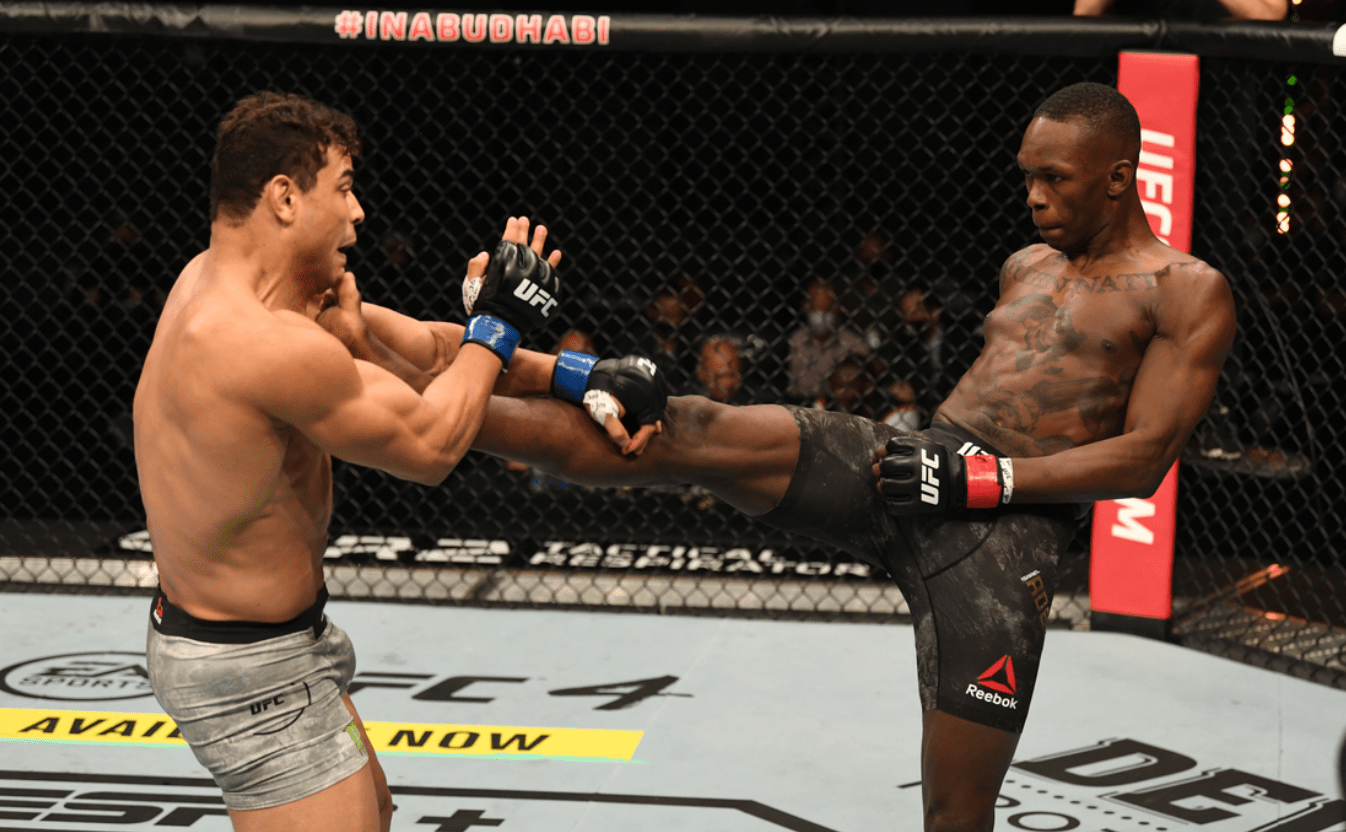 This past weekend, Israel Adesanya defended his UFC middleweight title in the UFC 253 main event, with a masterful performance that resulted in a second round TKO over Paulo Costa. Not content with defending his title and taking the Brazilian’s ‘0’, ‘The Last Stylebender’ celebrated the win by humping his opponent and then making a crude gesture towards ‘Borrachinha’s’ head coach, Eric Albarracin.

While this was going on, Costa remained dazed and confused on the canvas. The 29 year old has now seen the footage, and isn’t happy with the champion. Taking to Instagram, ‘The Eraser’ posted a video, sending a message to the ‘human trash’, Adesanya.

“I come here to talk about the actions that the human trash did after our fight,” Costa said. “I didn’t see when I was there [in] the cage but I saw now. I disapprove 100 percent. To me, this is [personal] now. Nobody will stop me. Nobody can stop me. I want my rematch. You know I am waiting for you. Something happened before the fight, I’m not [making] excuses here to my people, to my fans but I will be 100 percent to fight him and to make him pay. That’s my word. Save my words.”

Having watched Costa’s video, Adesanya responded by commenting, “I can stop you again” and then a second comment simply stating, “Dislike.”

Responding to a fan on Twitter, Adesanya laughed off Costa’s message to him.

Costa hasn’t been Adesanya’s only rival to hit out at the 185lbs champion in the last few hours. Jon Jones also took to social media to accuse the 31 year old of not wanting to fight him.

“BUT what? You’ve stepped into the ring over 100 times now and you’re still not ready!? You have a youth advantage and like four times the fighting experience. The truth is you’re already my pussy, you love being undefeated and you’ve seen what’s happened to everyone else. It raises your stock to mention my name, you’re aware of this. You don’t want real confrontation with me, I’m not gonna just stand there and kickbox with you. I’ve been preparing for heavyweights, right around now I would literally tear one of your arms off.”

Jones later took another dig at Adesanya, who is known for his love of all things anime.

Adesanya and Jones have been going back and forth for the last year and a half. In that time, ‘The Last Stylebender’ predicted that he will fight ‘Bones’ in 2021 at the new Allegiant Stadium in Las Vegas in 2021, insisting that he will build his legacy at middleweight first.

Jones in response, has accused Adesanya of lacking the confidence to move up to fight him. The Albuquerque native recently vacated his UFC light heavyweight title, stating his attention to move up to heavyweight. Despite this, the Nigerian born Kiwi stated at the UFC 253 post fight press conference that he still intends to fight ‘Bones’.

What are your thoughts on Paulo Costa and Jon Jones’ comments towards Israel Adesanya?