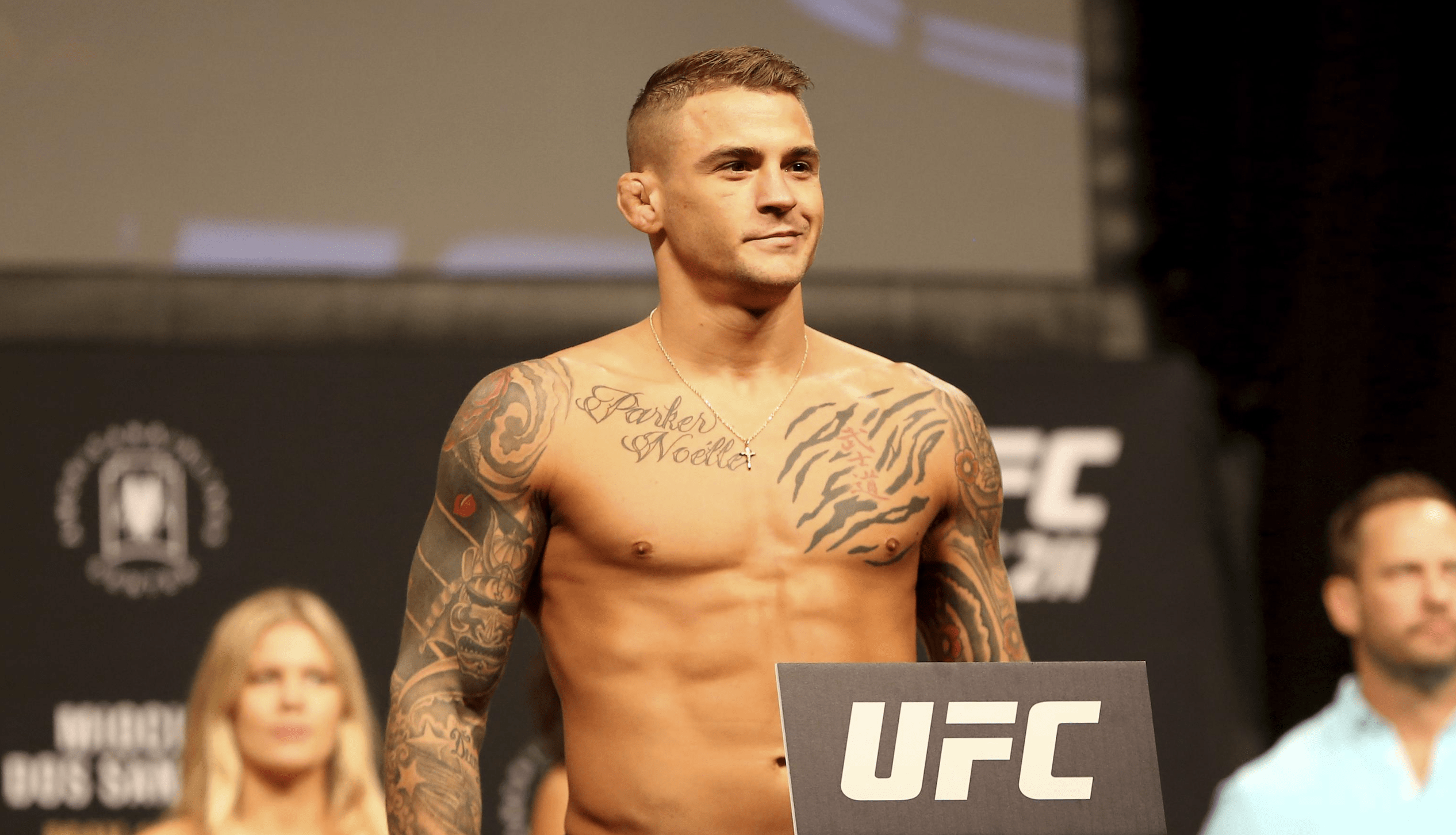 After the biggest win of his career against Conor McGregor at UFC 257, Dustin Poirier is taking his time to make his next move.

Poirier shocked the world by finishing McGregor in the second round of the UFC 257 main event. He also jumped up to top spot in the UFC lightweight rankings after his big win.

The Number One Guy

With Khabib Nurmagomedov not planning on coming back, Poirier believes he is the uncrowned lightweight champion. Speaking to MMA Junkie, ‘The Diamond’ said that he has a target on his back now, and he’s wearing it proudly.

“I’ve got a target on my back,” Poirier said. “[I’m a former] interim world champion, I just knocked out Conor McGregor, and now I’m number one and the only person above me, [Khabib], might never fight again. People want to climb that ladder, and in order to do that, you’ve got to beat the guys at the top. You’ve got to beat the next guys in line, so I understand why the target is on my back, and I wear it proudly.

“I am the uncrowned lightweight champ. If Khabib’s out, I am the best in the division. Former interim world champion, former title challenger. I just took out a two-division former world champion. I am the champ. I know that.”

Oliveira vs Chandler For The Title?

Promotional newcomer Michael Chandler made a stunning start to his UFC career by finishing Dan Hooker in the first round of the UFC 257 co-main event, cementing his place in the top five. The former Bellator champion has also called for a title fight with Poirier; something that Dana White has said he’s interested in.

However, Poirier believes Charles Oliveira, who is on an eight fight win streak, deserves to fight for the belt, and if Chandler gets a title shot next, he’ll happily take a step back and see how things play out.

McGregor called for a trilogy fight with Poirier immediately after his UFC 257 loss, and the Louisiana native is also down for it. However, he said he hasn’t heard anything about it from either the UFC or the Irishman’s management.

For now, Poirier is focused on spending some good time with his family, but he is confident that the future is bright for him.

“The future is bright, for sure,” Poirier stated. “I haven’t even really thought about it that far. Might go on a snow trip with my wife and my daughter in a couple of weeks. That’s what next.”

Who would you rather see Dustin Poirier fight next, Charles Oliveira, Michael Chandler, or Conor McGregor?