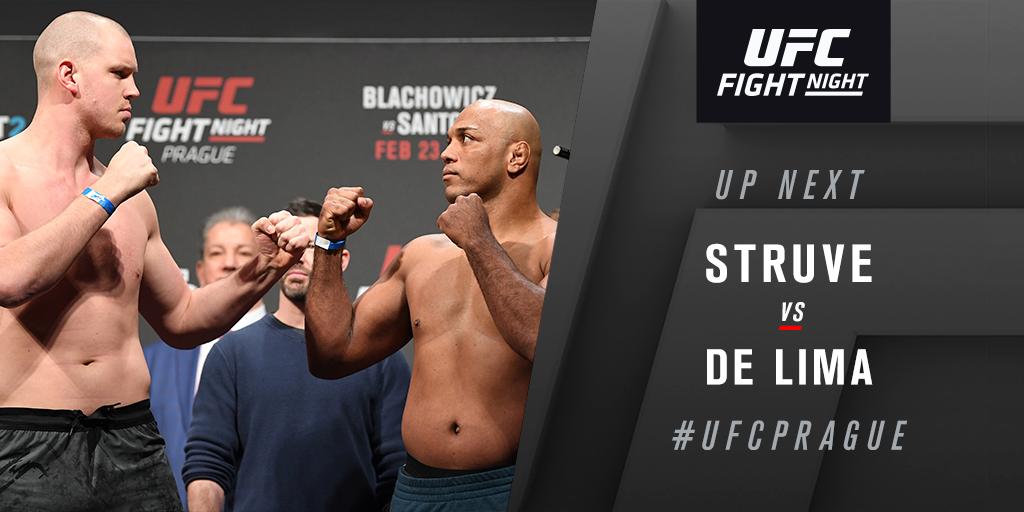 UFC Prague saw everybody’s favourite sky-scraper, Stefan Struve return to the Octagon. Struve fought Marcos Rogerio de Lima, and defeated him by arm-triangle choke submission in round 2. After the fight, Struve talked about getting tagged early in the fight, and then spoke about possibly retiring from the sport.

“There is a very good opportunity this is my last fight”, Struve explained after his win at UFC Prague. “I’m not 100 percent sure yet. I lost my last three before this, to get a win like this, lot of people end their careers too late. I feel this is a great moment. Thank you fans, I love you.”

UFC social media team also paid tribute to the Sky-Scraper, who might have fought for the final time inside the Octagon. With the win, Struve’s record stood at 29 wins and 11 losses in the sport.