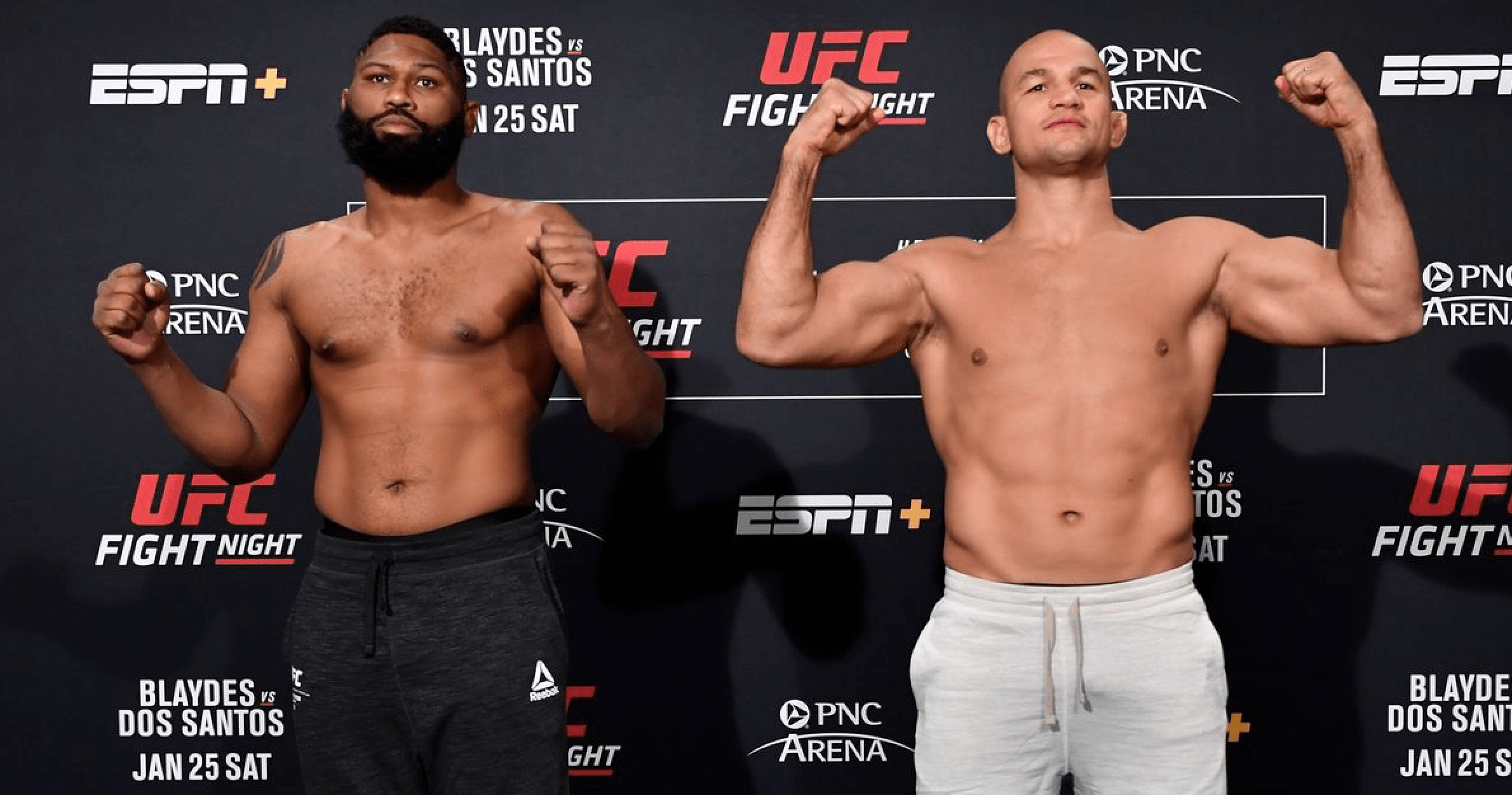 UFC Raleigh went down on Saturday night at the PNC Arena in Raleigh, North Carolina. The UFC’s second card of the new decade, following last week’s UFC 246, saw the promotion head to Raleigh for the first time ever. The main event featured a top five heavyweight clash between Curtis Blaydes and the former champion, Junior dos Santos.

In the UFC Raleigh co-main event, two former lightweights threw down in a welterweight clash. With the former UFC 155lbs champion Rafael dos Anjos, going up against Michael Chiesa.

Ahead of the North Carolina card, every fighter officially made weight. You can see the full weigh-in results here.


This is how the MMA world reacted to UFC Raleigh: