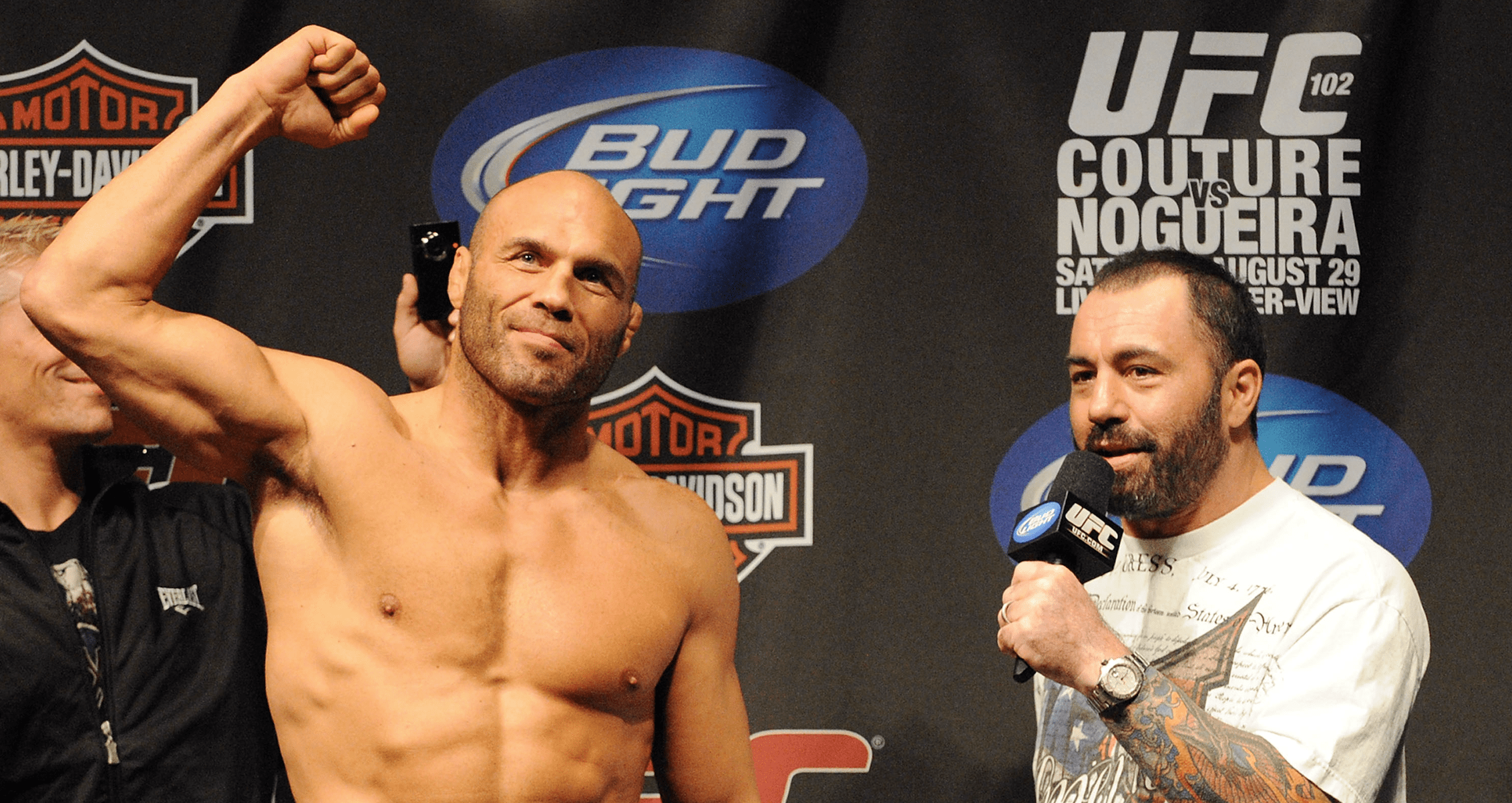 Randy Couture had one of the greatest careers we’ve ever seen in the UFC, and was the first fighter to win belts in two different weight classes, at heavyweight and light heavyweight.

Couture’s career was a rollercoaster ride. It wasn’t a stretch of dominance like some other legends of the sport, but it was an impressive showing in two highly competitive divisions.

A new four-part PFL documentary called ‘The Randy Couture Story’ looks back at ‘The Natural’s’ journey from military service and college wrestling mats to the UFC.

Despite his stardom, Couture isn’t used to being the centre of attention. Speaking to MMA Fighting, he said he’ll get used to seeing himself on TV and billboards.

“For me, it’s always weird seeing myself on a television, on a billboard,” Couture said. “I don’t think I’ll ever get used to that. I think it’s something that’s always going to [be] a bit strange honestly. Those guys [in the documentary] were awesome, they were awesome to step up. Chuck [Liddell], Tim [Sylvia], Coach [John] Smith, everybody that agreed to be involved and tell how our paths had crossed and how we had affected each other is a pretty cool thing.

“Thanks to those guys for being involved and doing that. It’s flattering. They’re great guys. They’re great guys before we fought each other. One of the things that’s unique to our sport in MMA, and something I hope never changes, is that camaraderie that we as athletes share.”

At UFC 43, Couture dropped down to light heavyweight and TKO’d Chuck Liddell in the third round to win the belt. ‘The Ice Man’ would avenge his loss with a first round knockout at UFC 52, before winning the rubber match at UFC 57. Ahead of the rematch, the two UFC Hall Of Famers featured on the first season of The Ultimate Fighter as the team coaches.

“Thanks to Chuck, I was really happy that he was willing to step up,” Couture said. “We’ve always been friends, we’ve always gotten along. I knew him when he was at Cal-Poly, wrestling for Cal-Poly, and things led and worked out the way they did. I think we were both excited to be coaches in that first season of The Ultimate Fighter, and I think in a lot of ways that changed the landscape of our sport.”

Back in Couture’s day, not many champions were willing to move up or down a weight class, but the new era of the UFC has already produced four ‘double champs’, namely Conor McGregor, Daniel Cormier, Amanda Nunes, and Henry Cejudo. The 57 year old thinks it’s natural for fighters to try their luck in different weight classes.

“I think it’s a natural tendency,” Couture acknowledged. “We’ve seen it in boxing for years. Guys moving up or down weight classes to get a particular fight or to win multiple titles. I don’t think it’s any more or less meaningful. I think those guys that have the ability to come down or go up a weight and do that, I think that’s a normal thing. We as athletes want to be the best and be considered the best.

“I felt like I was stuck between weight classes. I’m certainly not by any stretch of the imagination a big heavyweight. But when I started the sport, 15 or 20 pounds was a lot to cut because lightweight was anything under 200 [pounds]. So now we have as many weight classes as we do, it’s a little easier for guys to transition up or down and make weight in another weight and still compete and still be healthy and still perform to their ability. I don’t think it takes away from it that more guys have done it, more guys and gals. I think it’s still cool.”

Former light heavyweight kingpin Jon Jones is expected to make his heavyweight debut against the winner of Stipe Miocic vs Francis Ngannou 2, set to take place this weekend in the UFC 260 main event. Couture is excited to see what ‘Bones’ brings to the table against the big boys.

“I’ll be interested to see,” Couture said. “He’s a big guy, he’s a tall guy. I think he’s taller than I am. I think he’s 6-foot-3, I’m only 6-foot-1. He certainly has the frame to put on the mass, and technically, he’s as good as anybody. It will be interesting to see how he works around bigger, stronger guys, cause that is a challenge. You’ve got to approach them differently. You don’t want to go head up with a guy that’s that big and that strong.”

Where does Randy Couture rank in the GOAT debate?