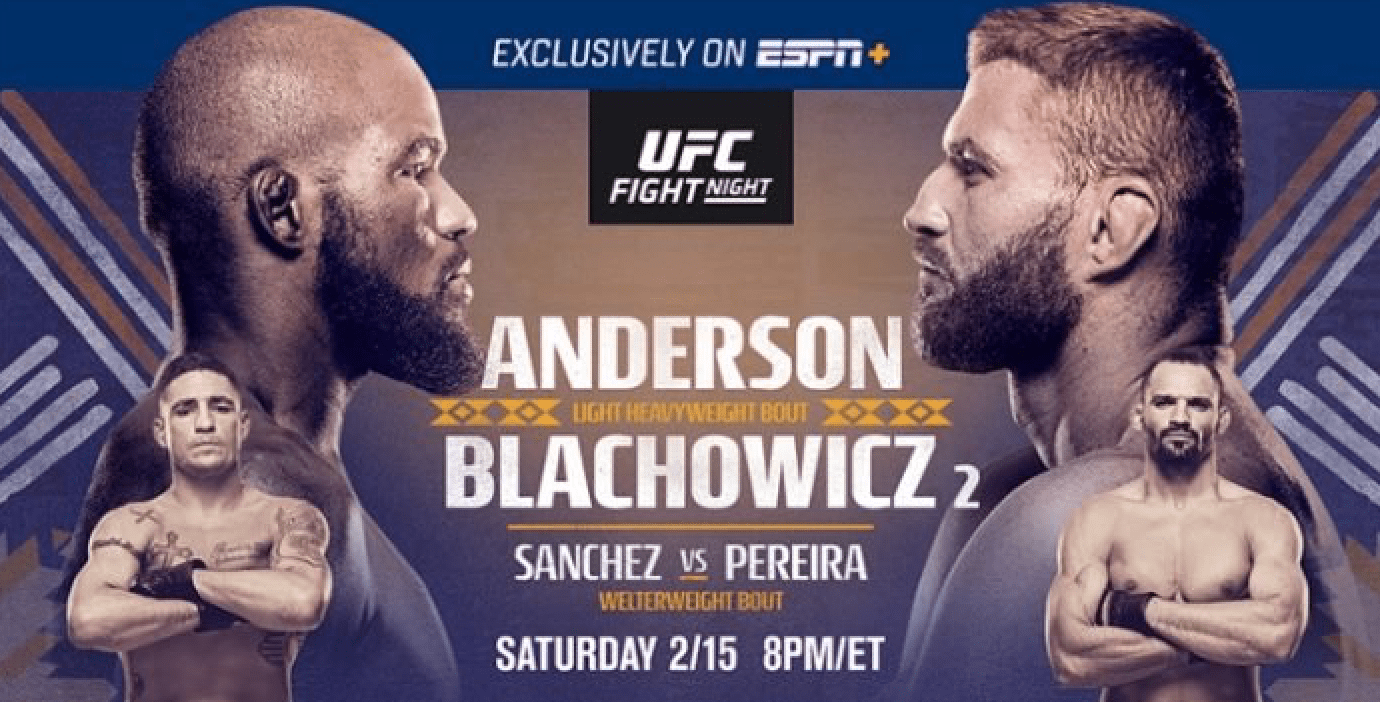 UFC Rio Rancho goes down on Saturday night at the Santa Ana Star Center in Rio Rancho, New Mexico. Corey Anderson and Jan Blachowicz face off in the main event, in a number one contender fight in the UFC light heavyweight division. The UFC 205lbs champion Jon Jones, is expected to be in the front row to watch his potential next title challenger.

In the UFC Rio Rancho co-main event, Diego Sanchez, the winner of The Ultimate Fighter season one, takes on the most unpredictable man in the UFC, Michel Pereira, in a welterweight clash.

Diego Sanchez defeats Michel Pereira via third round disqualification, due to an illegal knee to a grounded opponent (3:09)

Brok Weaver defeats Kazula Vargas via first round disqualification, due to an illegal knee to a grounded opponent (4:02)


Next up, the UFC heads to New Zealand on February 23rd, for UFC Auckland. The main event will see a hugely exciting lightweight contest between Paul Felder and Dan Hooker.