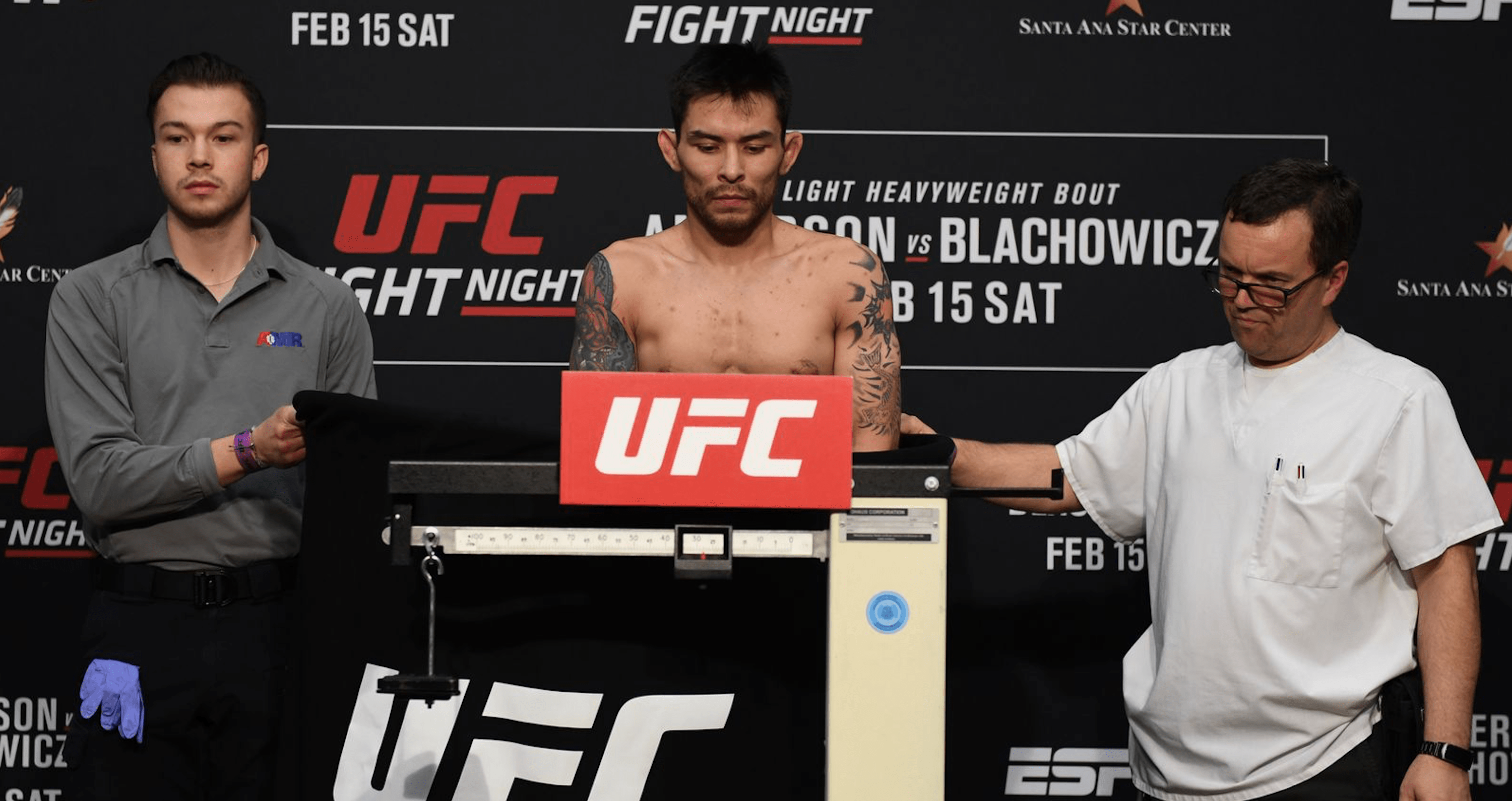 UFC Rio Rancho goes down Saturday night at the Santa Ana Star Center in Rio Rancho, New Mexico. The first fight of the night gets underway at 3pm local time. The main event sees a title eliminator in the light heavyweight division, between Corey Anderson and Jan Blachowicz. The two previously fought before over four years ago at UFC 191, where ‘Overtime’ scored a unanimous decision win.

A huge performance by either man will put them in the driving seat to get the next shot at the UFC 205lbs champion, Jon Jones.

TUF season one winner Diego Sanchez will face the most unpredictable man in the UFC, Michel Pereira, in the welterweight contest in the UFC Rio Rancho co-main event. You’re not going to want to miss this one.

Elsewhere on the UFC Rio Rancho card, the man with the craziest record in the UFC, Lando Vannata (two wins, two draws and four losses) takes on Nick and Nate Diaz’s teammate, Yancy Medeiros. And Mark and Montana De La Rosa will become the first married couple to compete on the same UFC card.


During the official weigh-ins, all twenty four fighters made weight, apart from Ray Borg, who missed weight by two pounds. He has now missed weight twice at flyweight and once at bantamweight. Last April, he stated that if he missed weight again, he would retire from the sport.

Below you can see the full weigh-in results, Borg’s statement after he missed weight, the weigh-in and face off videos.