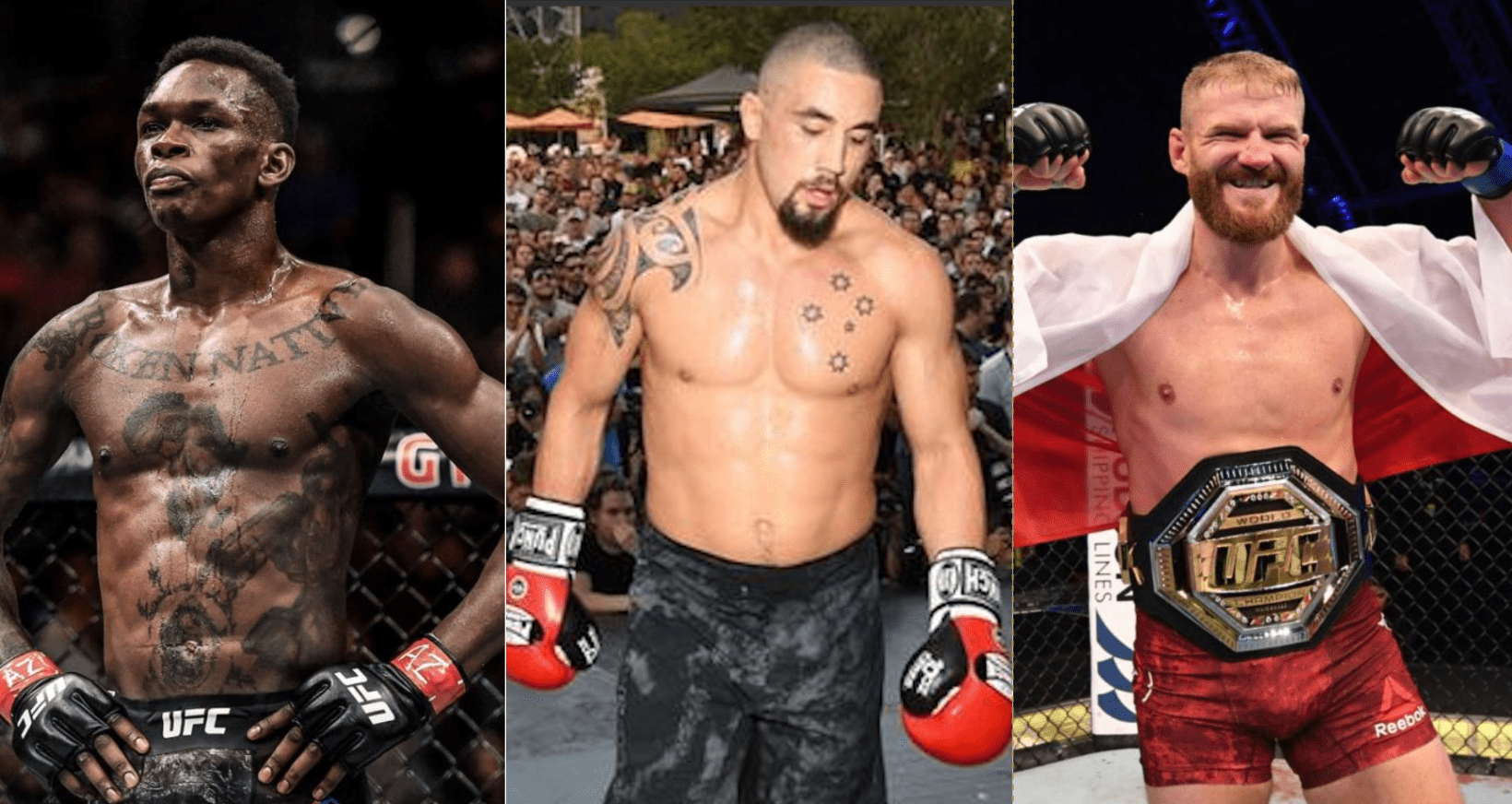 Earlier this month, UFC President Dana White revealed that Adesanya and Blachowicz are expected to fight for the UFC light heavyweight championship in 2021. While this means Whittaker would have to wait before he gets his hands on the current champion, ‘The Reaper’ did not shy away from heaping praise on the Nigerian-born Kiwi star.

In a recent interview with Submission Radio (as transcribed by BJPenn.com), Whittaker shared his thoughts on the UFC light heavyweight and middleweight champions, saying that while Blachowicz has his notorious ‘Polish Power’, Adesanya is extremely difficult to hit.

“I think his striking is just so much better. Jan’s got that big power, but Israel doesn’t really get hit that much. I think this is a picture-perfect time for Izzy to try and take that belt away from the division, for sure.”

Since losing his middleweight crown to Adesanya at UFC 243, Whittaker has bagged impressive back-to-back wins against Darren Till at UFC Fight Island 3 and Jared Cannonier at UFC 254. The 29-year-old from Australia believes he is now the rightful number one contender in the middleweight division, but wouldn’t hesitate to move up to light heavyweight to fight Adesanya.

“I’ve already earned the right to [a rematch],” Whittaker said. “I’ve already earned that right to fight for a title. That’s what that fight with Jared was. That fight was the number one contender. What’s funny was, everyone was telling Jared, like, ‘You win this fight, you get a shot at the title.’ No one was saying that to me. That’s what this fight is, and that’s the right I earned. I earned a shot at a title. So, that’s where I’m at. I’ll fight Izzy one way or another: middleweight, light heavyweight, whatever.”

Move Up To Light Heavyweight

But moving up to light heavyweight would be quite a challenge for Whittaker, who fought the first 16 fights of his career at welterweight.

“It couldn’t be the same fight [as the first],” Whittaker said in regard to fighting Adesanya at light heavyweight. “It’s hard to say, cause I don’t know how I’m going to move with the heavier weight set. Cause, generally, I like training lighter, I like fighting lighter. I move faster, my cardio’s better. It’s very hard to say, it’s very hard to say. I’ll have to make some adjustments to my body in order to try and get that speed going and that cardio and movement at a heavier weight.”

Since Dana announced that Adesanya would challenge Blachowicz for the 205lbs title, Glover Teixeira submitted the number one contender Thiago Santos, at UFC Vegas 13. The Brazilian’s fifth win in a row has resulted in many fans believing that he should get the next title shot ahead of Israel.

How do you see a rematch between Israel Adesanya and Robert Whittaker going?