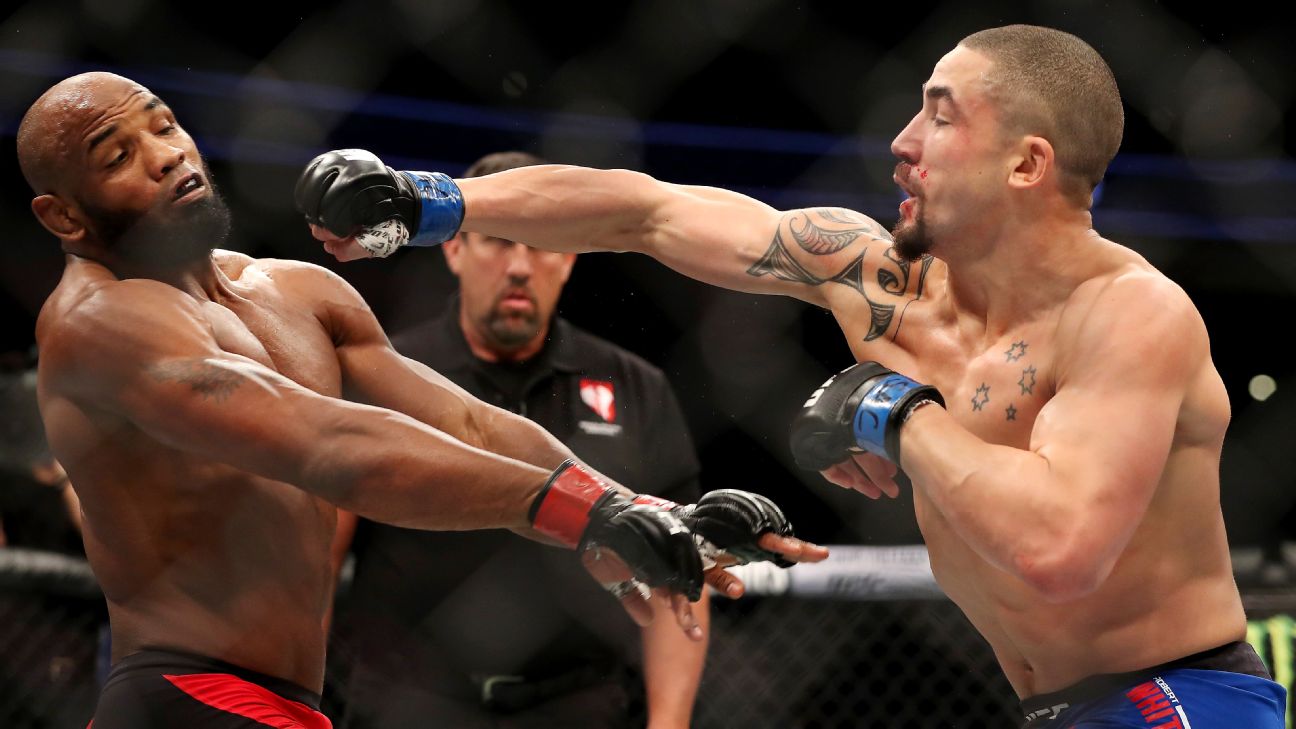 Former UFC middleweight champion Robert Whittaker, is set to return to the Octagon later this month, having overcome some personal issues. Since losing the title to Israel Adesanya last October at UFC 243, ‘Bobby Knuckles’ has openly discussed experiencing a lack of motivation, which ultimately saw him pull out of his fight with Jared Cannonier at UFC 248, to take a break from competition.

Speaking to Submission Radio (transcript by BJPenn.com), Whittaker was asked when he started to not feel like his usual self. To answer this question the 29 year old went back to his fight with Yoel Romero in 2017 for the interim middleweight belt, which he won by unanimous decision.

“Probably Romero one. Romero two a little bit, but I was kind of getting a little bit stiff and pent up. And certainly not in the last fight [with Adesanya]. It is what it is.”

Whittaker has fought twice since his first fight with Romero . He defeated him again a year later, before losing to Adesanya. The number one contender in the UFC middleweight division is now scheduled to fight Darren Till at UFC Fight Island 3 on July 25th.

Whittaker is now in a different mindset however, as he feels relieved of the pressure he was feeling while he was the champion.

In the lead up to their upcoming main event, which was originally scheduled to headline UFC Dublin in August, a lot has been made of Whittaker and Till’s blossoming friendship online. Robert however, insists that come fight night, the two will be more like enemies than friends.

“Honestly, it’s the same as it’s always been. It’s cool how it’s a different approach but I’m not really thinking about whether Darren’s a cool guy or not. Before the fight was lined up, it was cool to just josh back and forth, have a bit of a laugh at it, and try to make some interest for the fight. But once we kinda knew we were fighting, I don’t really care what sort of person he is. It’s one of those things where all I’m focusing on now is crushing him,” Whittaker stated.

“For one, let me just say, I have no friends in the middleweight division. I can’t be friends with anybody I could be fighting. So let’s just clear that up. And two, mate, we’re in the fight game. It’s cool to be lined up with a guy that isn’t acting like a Gronk, but at the end of the day, he’s coming to take what’s mine and I’m coming to take what’s his. That’s the game we’re in. That’s the fight game, that’s the fight world.

“The thing is, we’re just cool. We’re cool. He’s doing his thing, I’m doing mine. We have a bit of fun but we’re both respectful. Don’t get us wrong though, the weeks are getting closer and our sights are set on each other’s faces. It’s war time. I’m ready for the fight of my life and I’m gonna bring the fight of his life.”

Who do you think wins the UFC Fight Island 3 main event, Robert Whittaker or Darren Till?