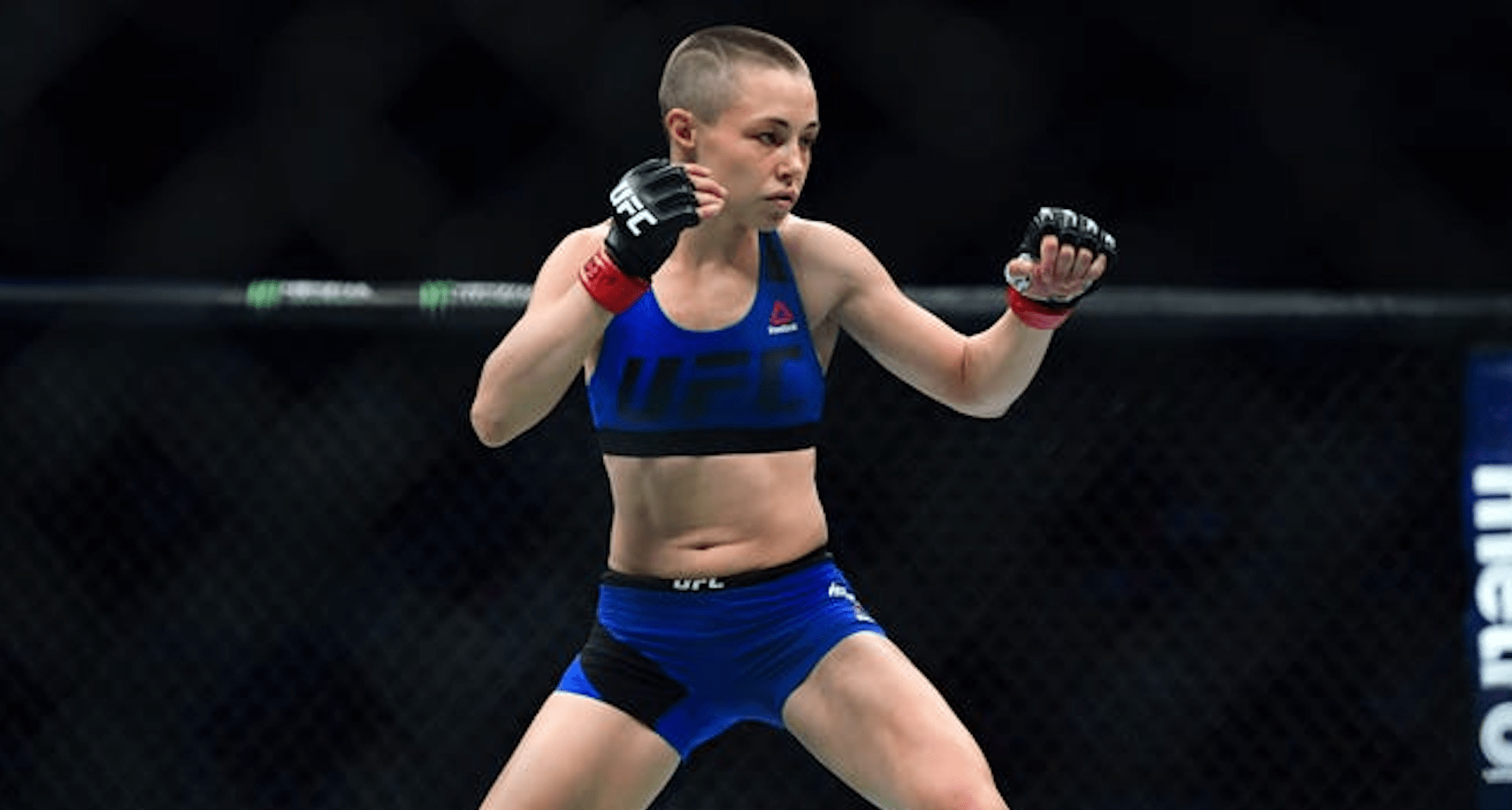 Speaking to BT Sports last week, Dana said that Namajunas did not want a title fight with Zhang, and the UFC matchmakers were looking at other options.

“What I’m hearing is Rose does not want a title shot,” Dana said. “Rose does not want to fight for the title. So we’re looking at the rankings and how it plays out. It would play out as Weili versus Carla Esparza.”

In a live stream on her YouTube channel (as transcribed by MMA Junkie), Namajunas reiterated Barry’s stance on Dana’s claim, saying that she is ready to fight.

“I don’t know if you follow stuff that’s out there in the MMA news, but apparently there’s some confusion going on about my next fight and whatever,” Namajunas said. “So I don’t know. I’m not worried about any of that. I’m just ready to fight. I don’t know what’s going on, but I know that you guys are ready for me to fight, too.”

Namajunas also rejected the idea that she is unable to handle the pressure of being the UFC champion, further sharing how the passing away of her grandfather has given her extra motivation to fight.

“Maybe there’s a misconception out there that I’m weak-minded or whatever or, ‘I can’t handle the pressures of being champion,’ or whatever the f*** people say. That’s not true,” Namajunas continued. “That’s what I live for. I’m the pressure cooker. What better reason to remind me why I fight than [my grandfather] passing away. I am super ready for all of that, because that’s what I am fighting for.”

‘Thug Rose’ last fought against Jessica Andrade at UFC 251 in July, winning a three round war via split-decision. Zhang was last seen in action in March at UFC 248, where she defended her title by beating former champion Joanna Jedrzejczyk via split-decision, in what is generally regarded as the Fight of the Year.

Both Namajunas and Zhang have expressed their desire to compete against one another next, but Dana’s comments have put a doubt on the fight.

Would you like to see Rose Namajunas challenge Zhang Weili for the UFC strawweight title in 2021?