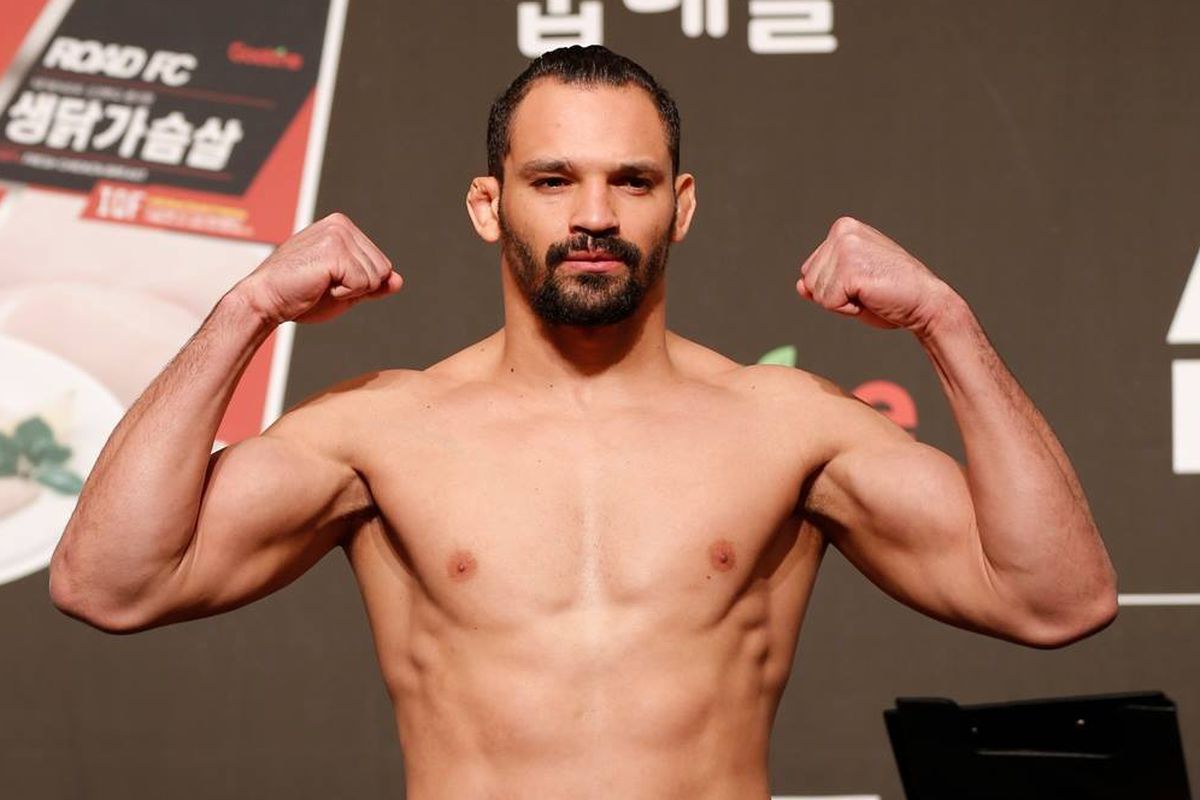 Over the past week or two, if you’ve been closely following MMA, you would’ve seen the video making rounds of Michel Pereira doing “flippy stuff”. The Brazilian went viral for his antics inside the MMA cage last month during ROAD FC’s event in South Korea. Michel Pereira faced Kim Dae-Sung, and captured the imaginations of the MMA fans by doing some insane stunts.

Pereira managed to pick up the win in February, and just a month later, reportedly told MMA Fighting that he has signed a deal with the UFC. With an MMA record of 22-9-2, and on the back of two wins in two months, “Demolidor” will undoubtedly be an intriguing addition to the UFC roster.

Michel Pereira, who competes in the welterweight division (albeit also competing in openweight fights), told MMA Fighting, “Every athlete that fights MMA dreams of being in the UFC and that’s my childhood dream. It’s the biggest promotion in the world. The biggest MMA icons fight there.”

Pereira also spoke about his fighting style, and revealed that not everyone has to be a fan of the way he fights.

“Everything is criticized in the world today, and my style was heavily criticized in the beginning”, Pereira said. “I was always swimming against the tide. The norm was always to fight for the finish, but I opted for the show, to do the things I was doing, and many people criticized me. People didn’t believe in what I was doing. I was told many times that the things I was training wouldn’t work, but I chose to put on a show.

“People said I was a clown and should be in a circus, but I always believed and had people who supported me. The people that were the closest to me were the ones that put me down the most, told me to quit fighting and get a job, that it wouldn’t work, but I believed in God and everything worked.”