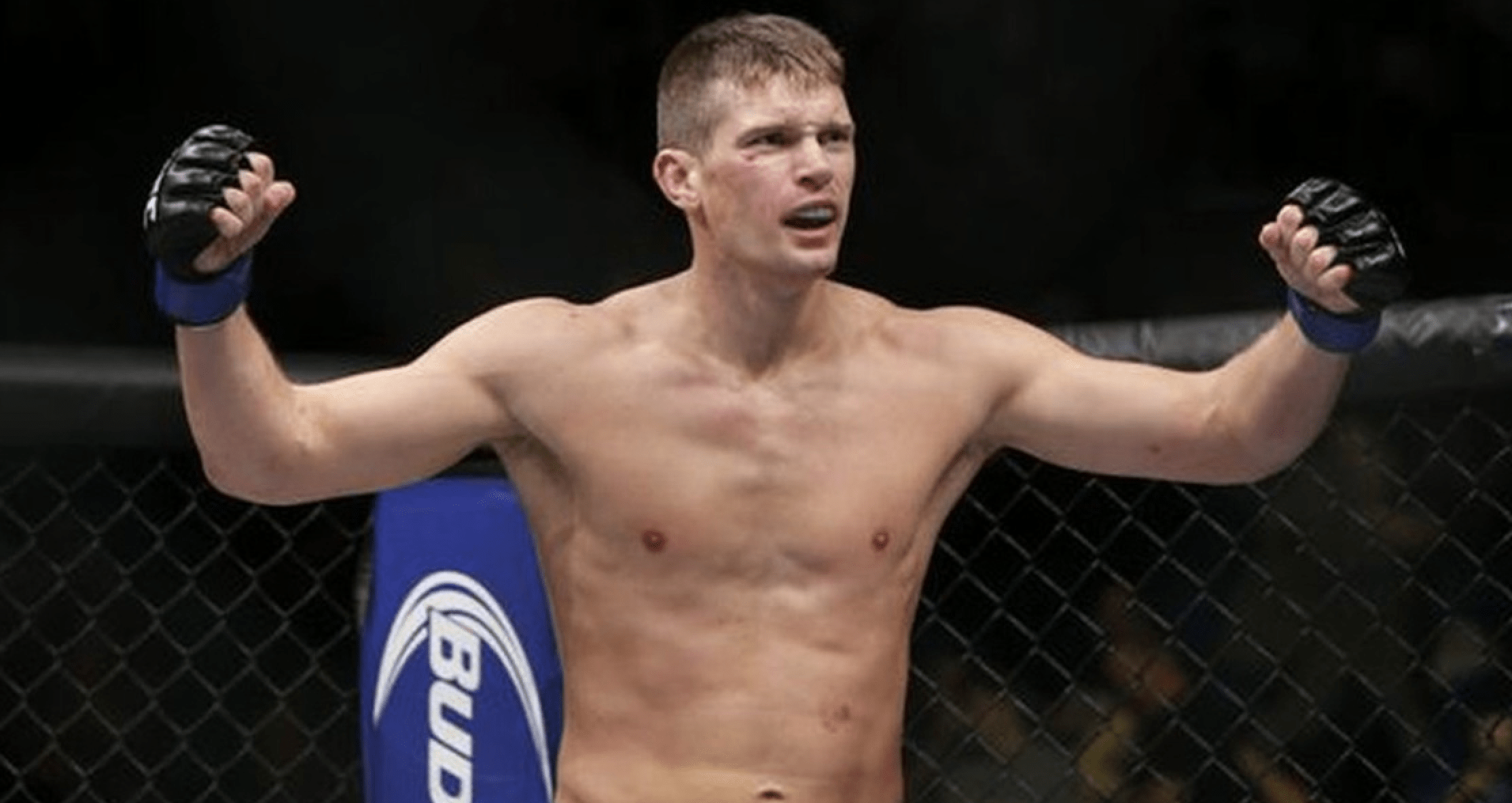 Even though the chances of it happening are slim, Stephen Thompson is hoping for a showdown with UFC welterweight champion Kamaru Usman next.

Usman successfully defended his title for the third time earlier this month at UFC 258 by stopping Gilbert Burns in the third round. Immediately after the fight, the 33 year old called out Jorge Masvidal for a rematch, and it’s reported that the UFC is leaning towards making the fight later this year.

Thompson is coming off a lopsided unanimous decision victory over Geoff Neal in the UFC Vegas 17 main event, making it back-to-back wins inside the Octagon. ‘Wonderboy’ now hopes to fight for the title next as he argues that he is the only fighter in the top five who Usman hasn’t fought yet.

Speaking to MMA Fighting, Thompson acknowledged the improvements Usman has made to his striking game, but believes the reigning champion wouldn’t implement his UFC 258 gameplan against him.

“Man, it just shows the evolution of Kamaru Usman,” Thompson said. “I was looking to see the same old Usman out there, maybe taking him down, using his wrestling to nullify Gilbert Burns’ jiu-jitsu, but he’s very comfortable in his striking.

“I do believe, if we fought, he would definitely change gameplans. He would not fight me the same way. He would definitely use his wrestling background to try and get me to the floor. But, dude, hats off to him. Two thumbs up. Amazing performance for Usman, for sure.”

Thompson understands that Masvidal getting a shot at the title next makes sense from a financial standpoint, but from a competitive point of view, the 37 year old believes that the fight makes no sense and Usman should fight either him or the number six ranked Michael Chiesa next.

“For one, his last fight was [against] you, so it just doesn’t make sense to fight him again,” Thompson stated. “He clearly lost. I know it was short notice, but I just think that Kamaru Usman knows. It’s smart for him, he knows he can beat him for a high pay, it’s a big name, there is beef there so it makes sense on his part. As a fan and as a fighter, and as someone who has been at the top of the game and trying to get title fights, it doesn’t make sense for that to happen.

In the UFC 258 post-fight press conference, Usman said that he would be open to fighting anyone in the division, which gives Thompson hope. The former two-time title challenger said that he is staying in shape in case an opportunity comes his way.

“It was super cool to actually see Usman say that anybody can get it,” Thompson acknowledged. “That leads me to believe that I have a possibility to make this thing happen. If the fans love it, the UFC likes to get behind it. As of right now, I see a lot of people saying I should get the next title shot, that I should be next for Usman. But you never know, so I’m staying in shape, I’m working out, gotta get this hand checked out and hopefully we can make this thing happen.

“I think it would be an awesome fight and Usman even said that his toughest fight would be with someone like me where it would be hard to prepare for, a difficult read, I’m the third best in the division with takedown defence, so I think it would be a fun fight. And that’s why I want it because it would be a great fight. Obviously it would be great to fight for the title again, but I like Usman. I think he’s a great guy, good champion and it’s the time to really test my ability at that level who is the best.”

Thompson has fought for the title twice in his career, at UFC 205 and UFC 209. Both times against Tyron Woodley. Their first fight ended in a majority draw, while ‘The Chosen One’ managed to bag a majority decision victory the second time around. Since then, the South Carolina native has been working hard working towards another shot.

“It would mean more than anything, and I don’t mean just for me,” Thompson stated. “[It would be for] everybody that helped get me here; my coaches, especially my dad. My dad has been with me since day one and he talks about that title every day, as if he’s the one fighting for it. I think, in some ways, he’s trying to live through me a little bit. He knows the drive, he knows the hard work, the sacrifices I’ve made to get to where I’m at and he made those as well.

“To win that fight, for me, for him, would mean the world. Going through the injuries, the adversity, working my way back up from the last fight with Woodley, going down to number nine, it’s been hard work, a long road for sure. Winning it this year, getting that title belt would mean the world to me. It would be amazing.”

Do you think Stephen Thompson deserves to fight Kamaru Usman for the title next?