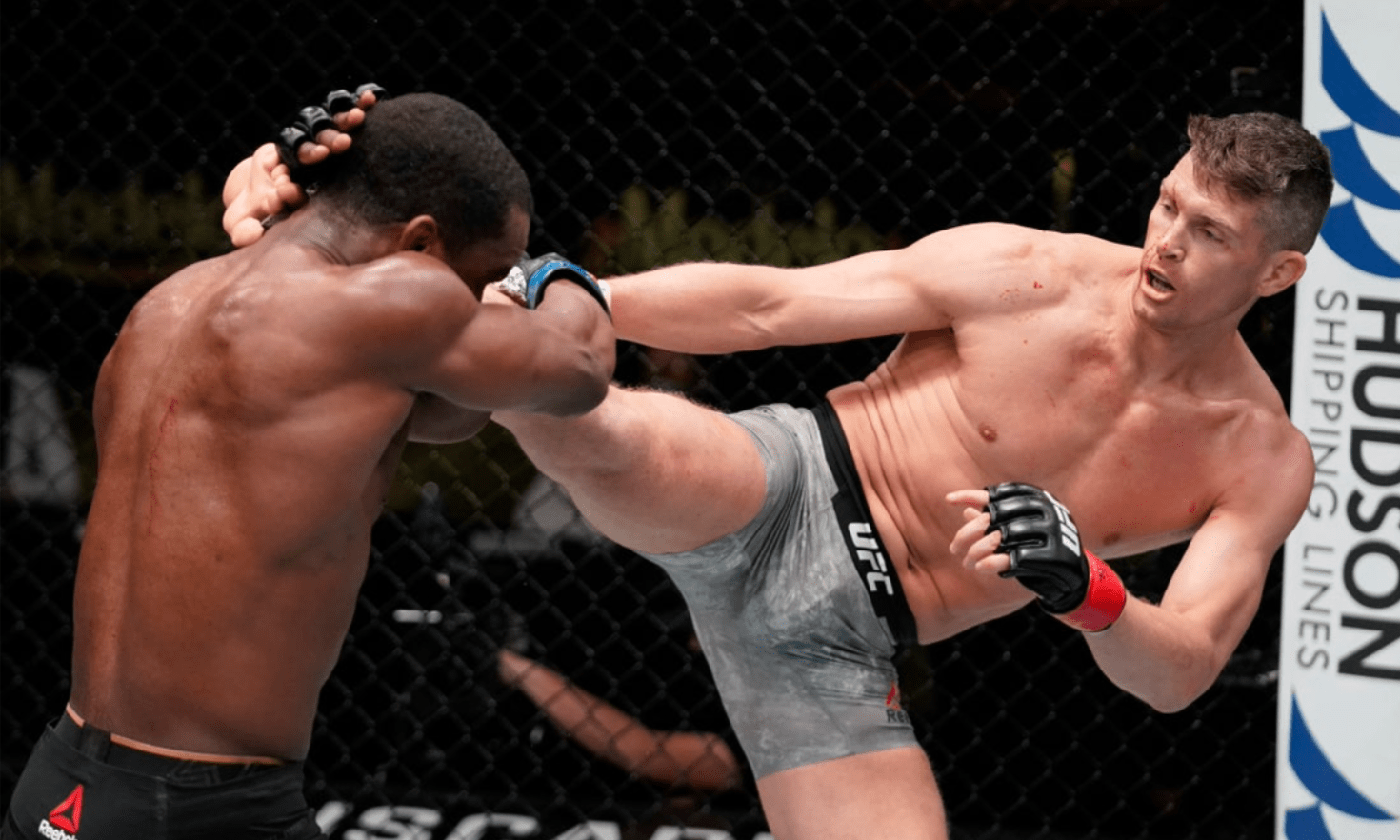 Thompson was among the several top fighters Chimaev called out before he was eventually booked against number three ranked welterweight, Leon Edwards. The two were expected to fight in the main event of UFC Vegas 17, but the fight was postponed till January after the Brit tested positive for the coronavirus.

UFC Vegas 17 was instead headlined by Thompson and Geoff Neal, with ‘Wonderboy’ winning the five-round main event via a comfortable unanimous decision.

Not Buying Chimaev Hype Yet

Chimaev burst onto the scene earlier this year when he emphatically won three times in 66 days inside the Octagon, but Thompson isn’t buying into it the hype yet.

Speaking to TMZ Sports (as transcribed by BJPenn.com), Thompson said that Chimaev’s fight with Edwards is a big step up in opposition for him.

“Well you know, there is a lot of hype around him at his point,” Thompson said. “He’s won three fights, he’s had one fight at welterweight [against Rhys McKee]. He’s ranked number 15 right now. Now he’s going to be fighting a guy who’s ranked higher than me (number 3 Leon Edwards). It’s definitely a big jump up for him and a test for Khamzat.”

If Chimaev can overcome the biggest challenge of his career in Edwards however, Thompson said that he will consider him “the real deal”.

“At this point, I’m not really sold yet,” Thompson stated. “I just haven’t seen enough, and on paper, Leon Edwards wins this all day. So I’m going for my man, Edwards. But he may go out there and prove us all wrong, you never know, and he’ll be the real deal. I will say he is the real deal if he goes out there and does work. But at this point, I haven’t seen enough.”

Edwards is currently on an eight-fight win streak, with his last three wins coming against ‘Cowboy’ Cerrone, Gunnar Nelson, and Rafael dos Anjos. While Chimaev has steamrolled his way through John Phillips, McKee, and Gerald Meerschaert since signing with the UFC.

Do you think Khamzat Chimaev will prove the hype is real by beating Leon Edwards next month?