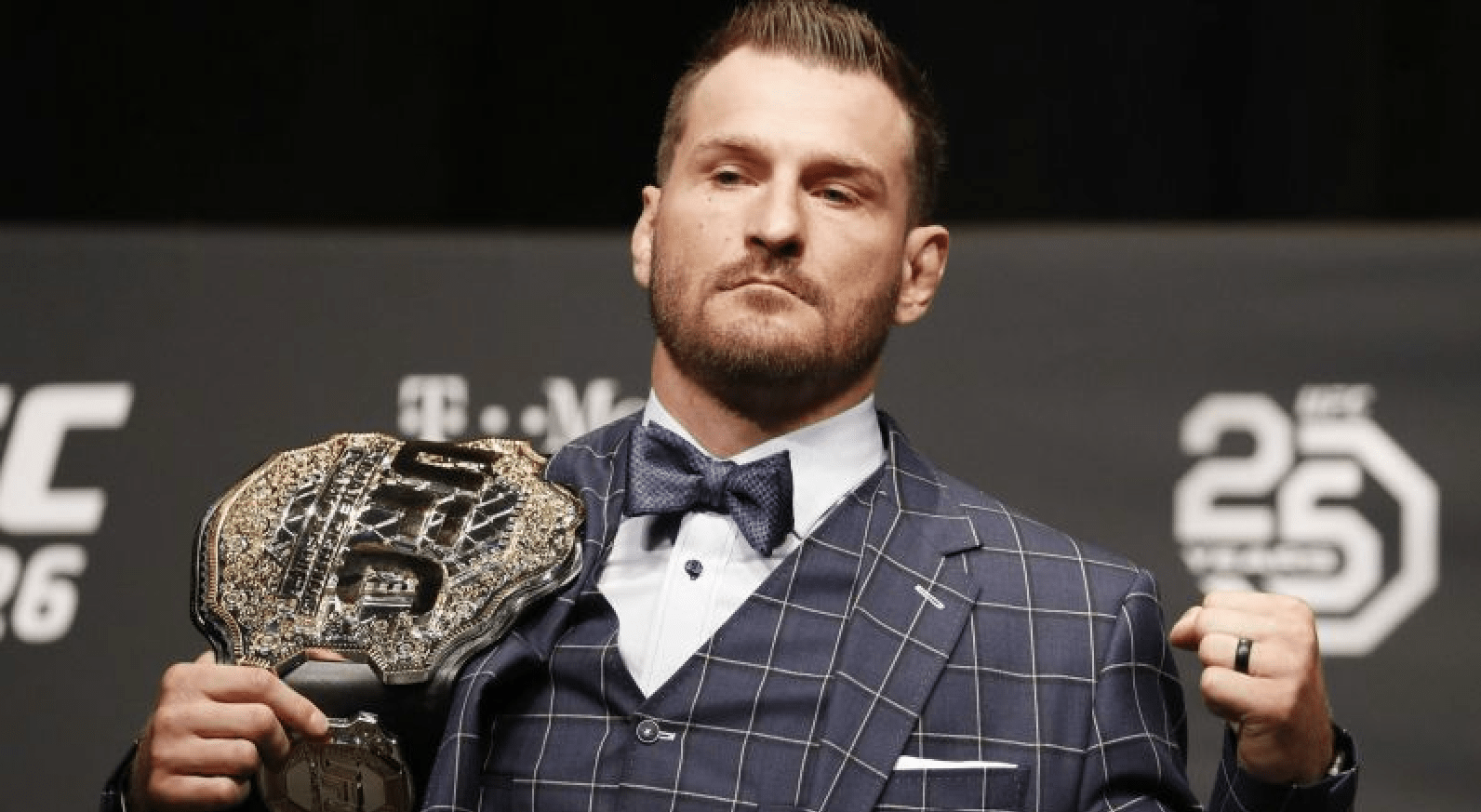 After the UFC heavyweight championship trilogy between Stipe Miocic and Daniel Cormier concluded at UFC 252, the Ohio native arguably became the best heavyweight in the promotion’s history, retaining his belt via unanimous decision.

Immediately after the fight was over, UFC president Dana White proclaimed Francis Ngannou as the next challenger for Miocic’s title. ‘The Predator’ challenged Stipe two and a half years ago at UFC 220 but was dominated for five rounds.

However, since they last fought, Ngannou has put himself back into title contention with a slew of vicious first round knockouts. While speaking with ESPN, Miocic said he agreed with Dana about who his next challenger should be.

“I think so,” Miocic said. “Ngannou has definitely shown a lot better stuff since the first fight. He’s knocking everyone out in the first round. He’s just on a tear.”

After the UFC 252 fight was over, UFC light heavyweight champion Jon Jones officially relinquished his title, and announced his intentions to move up to heavyweight and challenge Miocic for the title. Since then however, Dana has confirmed that Ngannou is still next in line. But for the champ, it doesn’t matter who he fights next.

“I’ll fight anyone,” Miocic said. “I don’t really call people out. Whoever they put me in front of, I’m gonna fight. That’s what I do. That’s what I signed up for. If it’s him or it’s Ngannou or whoever, I’m ready to go.”

Given the accolades of both Jones and Miocic, and the fact that fans have been clamouring for ‘Bones’ to move up to heavyweight for years now, a title fight between the two would be massive. However, Stipe warned Jones that he may not have the same success at heavyweight.

“Listen, it’s big boys and they’ve got small gloves on,” Miocic stated. “It just takes one [shot]. I don’t care if you hit hard or not, you can still get caught. I don’t care who you are.”

No one may knows this better than Miocic himself, as he was caught in the first round the first time he fought Cormier at UFC 226.

The 38-year-old went on to acknowledge that Jones still contains the skills to do well with the ‘big boys’.

“He’s got great technique,” Miocic said. “That’s definitely gonna help him. He’s very fluid in what he does. He’s got a great, strategic plan to how he fights. Half the game is having a good plan every time you go in and fight.”

Although Miocic understands why a fight with Jones is in high demand by the fans, he was quick to defend the top contenders in the heavyweight division.

“I don’t know,” Miocic said. “[Jones has] got a great résumé. But other guys have worked hard to get where they need to get. I’m not the matchmaker, so I can’t really say anything. I fight. If I was a matchmaker, I wouldn’t be fighting. I’ll do what the UFC decides.”

A Repeat Of History?

While there has been no news of when the Miocic vs Ngannou rematch will take place, the champion said whenever it happens, history will repeat itself.

How do you see a second fight between Stipe Miocic and Francis Ngannou going?