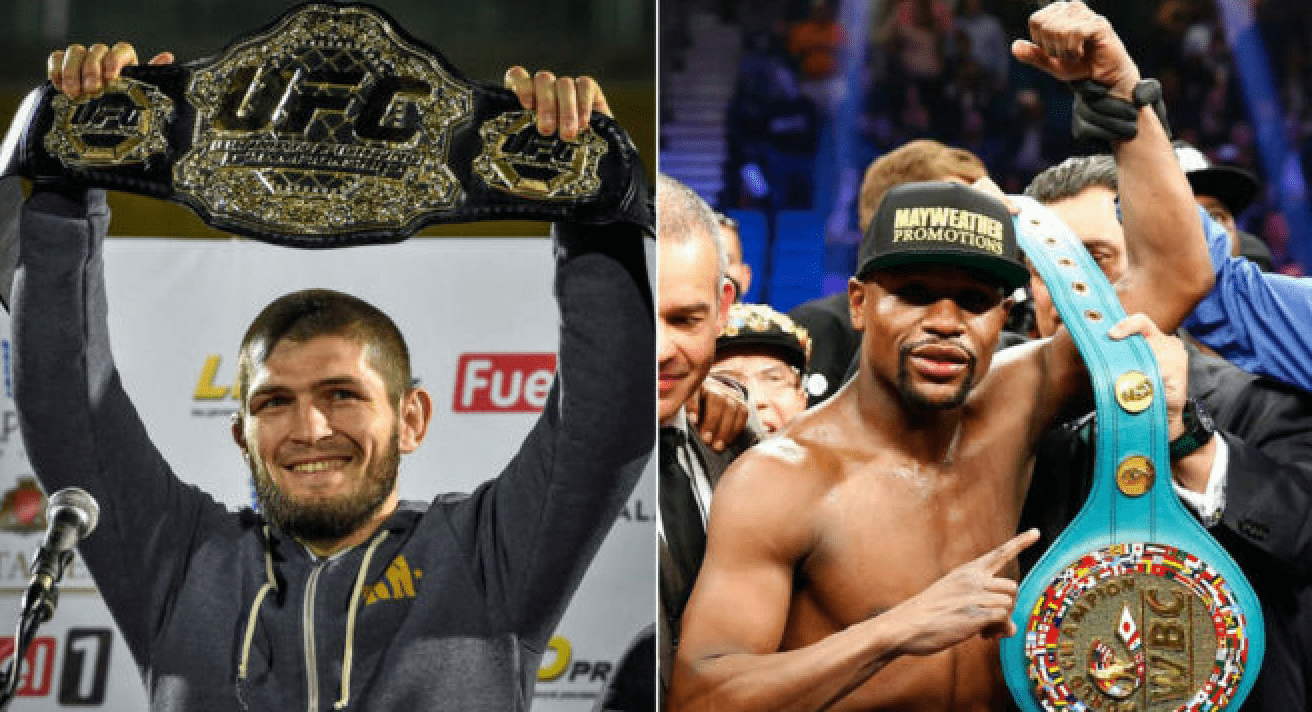 Khabib Nurmagomedov raised a lot of eyebrows when he called out Floyd Mayweather in October of 2018, for a boxing contest. After all, Conor McGregor lost to the unbeaten boxer. And although Khabib beat McGregor at UFC 229, the Irishman is primarily a striker, while the Dagestani comes from a Sambo background.

Despite this, both Khabib and Mayweather have both regularly expressed an interest in the fight ever since. Just this past weekend, following McGregor’s winning return at UFC 246, Floyd posted a Khabib vs Mayweather fight poster on Instagram.

While everyone can agree that Mayweather would be a heavy, heavy favourite in a boxing match with the UFC lightweight champion, Khabib’s father Abdulmanap has stated that they are looking for a special rules fight.

Speaking to Tass.ru (as transcribed by BJPenn.com), Abdulmanap said that once they get past Tony Ferguson at UFC 249, they will propose a very interesting special rules fight with Mayweather. Adding that they planned on training with boxing world champion Vasyl Lomachenko, ahead of the fight.

“Mayweather has statistics on fights of fifty wins and zero losses, he is the greatest in boxing and he wants to fight with the same champion who did not lose a single fight, with Khabib. Everything is fine, but now we have Tony Ferguson on the line.

“We said a long time ago: let us finish with Tony, after that we will work with Lomachenko for six months, then there will be a boxing fight. We offer any day anywhere, with only one condition: eleven rounds in boxing and one in mixed martial arts. We will stand eleven rounds against the best boxer, so why not go one round according to the rules of MMA with us? But all things will happen after Tony.”

Abdulmanap’s comments come just days after he said that his son would accept a rematch with McGregor, for $100 million.

Khabib boasts a perfect 28-0 record in his professional MMA career. While Mayweather holds a perfect 50-0 record in boxing. Although Mayweather is currently retired, after a meeting with UFC president Dana White last October, he announced that he would be returning in 2020, in a partnership with the UFC.

What do you think of Team Khabib’s proposal of fighting Floyd Mayweather, with the special ruleset of having eleven rounds of boxing followed my one round of MMA?