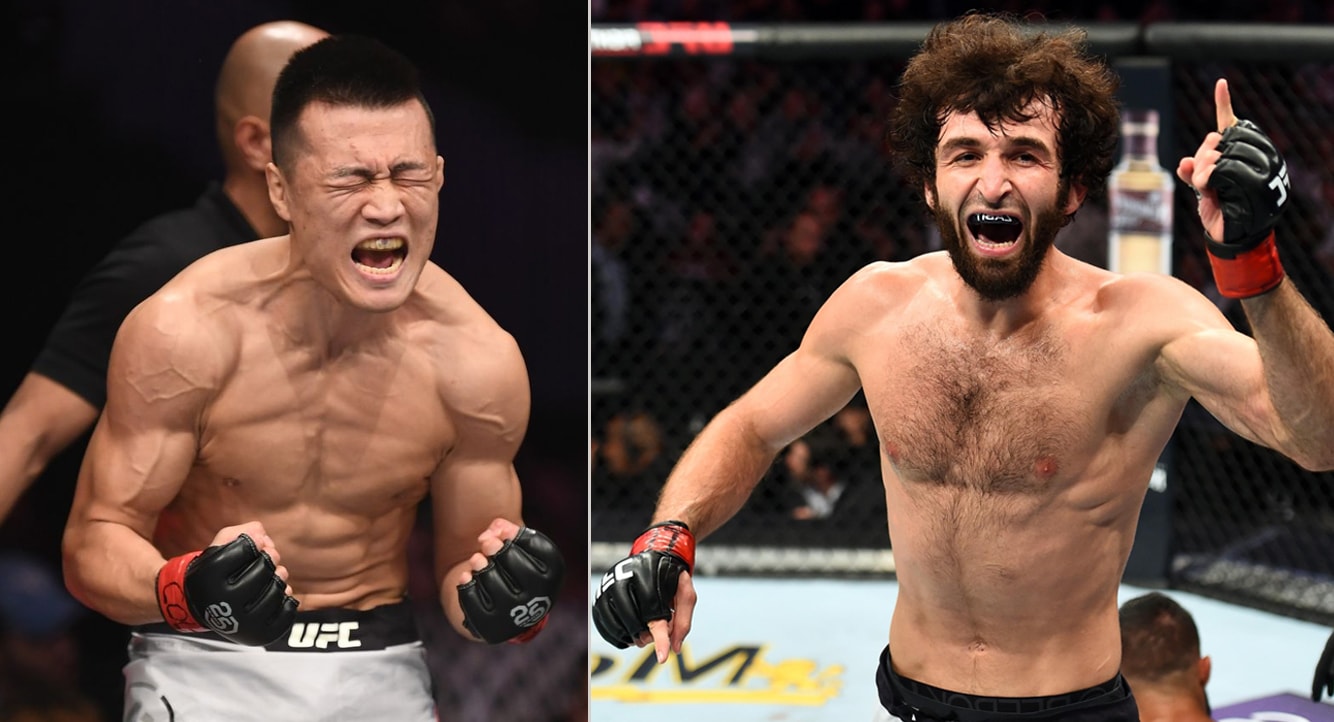 The former title challenger is coming off a unanimous decision loss to Brian Ortega at UFC Fight Island 6 in October. The build-up to the fight was filled with a lot of drama, escalating in ‘T-City’ slapping Korean hip-hop artist Jay Park at UFC 248, who was sitting Octagon side with his friend ‘The Korean Zombie’.

Although Ortega later apologised for his actions and buried the hatchet, ‘The Korean Zombie’ told MMA Junkie that the number one contender fight was emotionally and physically challenging for him.

“It was honestly the most mentally challenging fight of my career,” ‘The Korean Zombie’ revealed. “Physically, it was also very challenging, and my ego was struck down too. Luckily, I didn’t have any injuries. My two-week quarantine once I returned home to Korea made me very focused on the future.”

‘The Korean Zombie’ had the perfect plan going into the fight, but said that Ortega landing his spinning elbow in the second round was his undoing.

“The fight plan was perfect,” he said. “[Ortega] used spinning elbows a lot in other fights. … We prepared accordingly, but he aimed for it and did his job. Unfortunately, it was a shot that I couldn’t fully recover from, and I couldn’t perform to the best of my abilities.”

‘Zombie’ is currently recovering from a collateral ligament tear he suffered while training for the Ortega fight, and hopes to return in March or April, against Zabit Magomedsharipov.

“I want Zabit [Magomedsharipov],” ‘The Korean Zombie’ said. “That’s the fight that’s going to get me closest to a title shot. More than that, I want to once again try to prove myself against one of the hottest fighters in the division and prove that I’m still capable of competing at the highest level. Of course, I would understand if he doesn’t want to fight me.”

Magomedsharipov last fought at UFC Moscow a year ago, when he beat Calvin Kattar via unanimous decision in the main event. He was booked to fight Yair Rodriguez in August, but the Mexican unfortunately had to pull out due to injury. With no clarity over Rodriguez’s return, the Dagestani will be looking for a fight that gets him one step closer to a featherweight title shot, and ‘The Korean Zombie’ believes that he is that fight.

“This is a fight that would bring the fans to their feet,” the 33 year old insisted. “[He] and I are both entertainers and extremely competitive, so I think he’d like to step in the Octagon with me. A win for both of us would mean a lot for our careers, and it would be an amazing match. The ball is in Zabit’s court; I want this fight to kick off 2021.”

Amid travel restrictions due to the coronavirus, ‘Zombie’ was left with no choice but to train in his home country of Korea for the Ortega fight, and although he liked the comfort of being at home, it also came at a cost.

“Training for my last fight in Korea was interesting,” ‘The Korean Zombie’ said. “It was very comfortable to be at home, but it also takes a lot of resources to bring my Fight Ready family around the world to me. Once I get my next opponent, I’ll likely travel and come join the squad in Arizona.”

Would you like to see ‘The Korean Zombie’ vs Zabit Magomedsharipov?