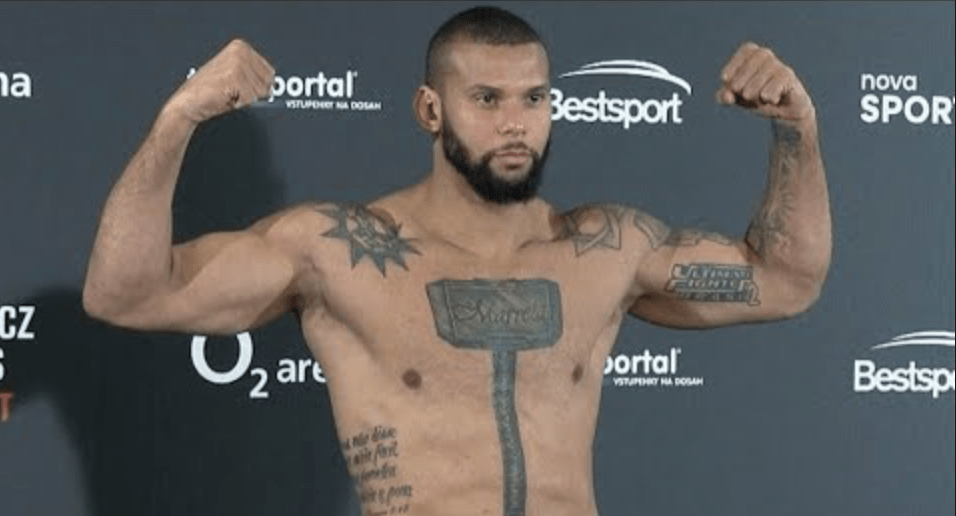 Thiago Santos is currently booked to fight Glover Teixeira at UFC Vegas 13 on November 7th, in a probable number one contender fight in the UFC light heavyweight division. ‘Marreta’ knows that if he wins this fight in spectacular fashion, it will be hard to deny him a title opportunity against a familiar face in Jan Blachowicz.

Blachowicz’s last defeat was by way of TKO at UFC Prague back in February of 2019, at the hands of Santos. The loss halted his four fight win streak at the time. Since then, the Polish 37 year old has gone on another four fight win streak; including his last bout at UFC 253, in which he beat Dominick Reyes by knockout to claim the vacant light heavyweight title.

After beating Blachowicz, Santos was granted a title fight against Jon Jones at UFC 239, which he lost via a razor close split decision. During the fight, the Brazilian severely injured both knees, resulting in surgery on them both after the fight.

Speaking to MMA Junkie, Santos said that despite winning the light heavyweight title, he hasn’t been impressed with Blachowicz’s recent form.

“I didn’t see him so different,” Santos said. “Sure, he has more experience. Everyone tries to learn and improve their game, but I didn’t see such a difference between Blachowicz now and Blachowicz who I fought before.

“Every fight is different , but sure I’m going to lay down the hammer. I’m going to try and knock him out, and sure I can do this. I can knockout everyone out. It’s what I like to do. It’s what I usually do with my opponents.”

The 36 year old Santos also claims he knew Blachowicz could finish Reyes, but was a bit surprised by Reyes’ performance.

Ahead of UFC Vegas 13, Santos made it clear that he is no way overlooking Teixeira; he is just looking toward the opportunity to prove why he’s the best light heavyweight in the world.

“I’m so excited for that opportunity, but my focus now is on Glover Teixeira my next fight,” Santos said. “I need to show everyone that I deserve the opportunity for the belt again, and I will do it. After I win against Glover Teixeira, sure, my focus is going to be on Blachowicz and a title shot.”

Santos and Teixeira have been booked twice already but each time, the fight was postponed after each fighter was tested positive for the coronavirus.

Do you think Thiago Santos will get past Glover Teixeira to potentially earn another title shot?