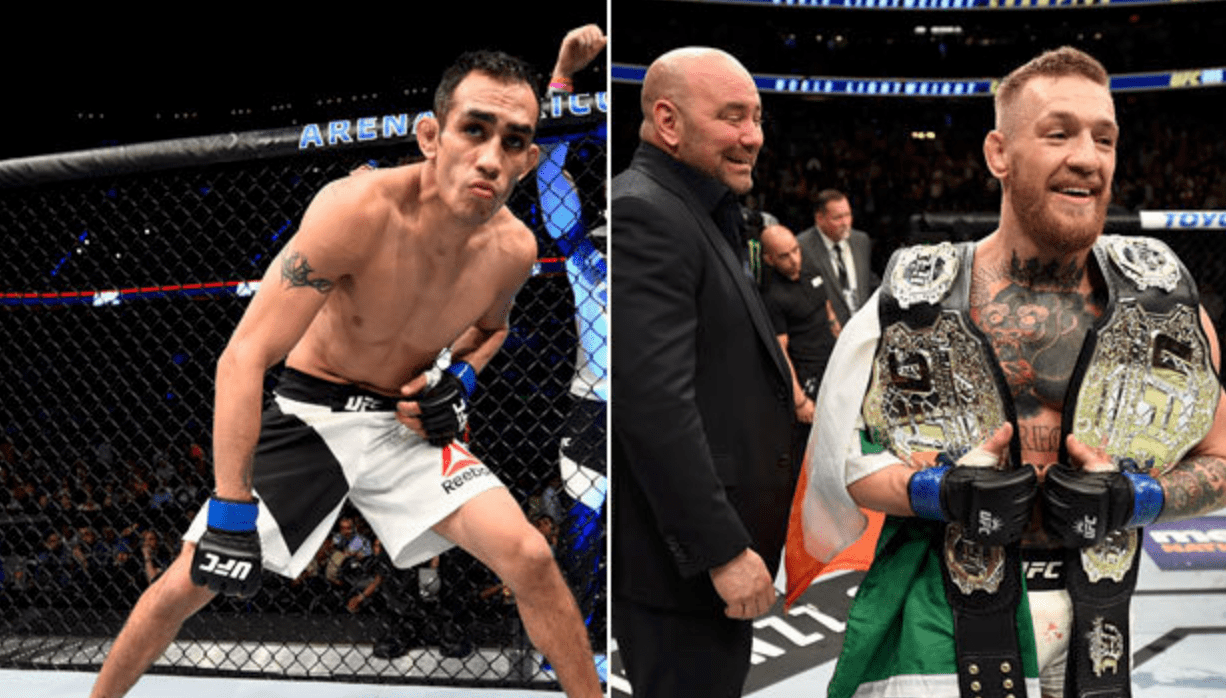 Conor McGregor recently announced his retirement from the fight game. Just moments after Amanda Nunes made history by becoming the first fighter in UFC history to defend two belts simultaneously at UFC 250, the Irishman took to social media to declare he was walking away from the sport. Not for the first time. This is the third time that he has retired after negotiations with the UFC have hit a bump in the road.

This time however, McGregor declared that it wasn’t over money, but instead over the fact that he has no exciting options in the current climate, regarding the UFC lightweight title picture and global coronavirus pandemic. That may have all changed though, with Tony Ferguson calling out the former two division UFC champion.

Ferguson has taken to social media to post a video, calling for a fight with ‘McNuggets’. And obviously it’s in typical ‘El Cucuy’ style.

With Khabib Nurmagomedov and Justin Gaethje set to fight in September at UFC 253 in a lightweight unification bout, Dustin Poirier set to face Dan Hooker at UFC Vegas 4 at the end of the month, and Ferguson recovering from the injuries sustained in his loss to ‘The Highlight’ at UFC 249, McGregor had been left without any opponents who would act as a stepping stone toward another shot at the 155lbs title.

However, with Ferguson back in the game, McGregor now has the perfect dance partner. Earlier this week, Khabib and Gaethje’s manager Ali Abdelaziz suggested that Conor should fight Tony.

The fight has been discussed in the past, but while Ferguson was represented by Paradigm Sports Management, along McGregor, it never looked likely to happen. Now that ‘El Cucuy’ is now represented by the Ballengee Group though, there would be no issue.

While on paper, this is the perfect fight right now for Ferguson and McGregor, the question remains as to whether the UFC would be willing to pay Conor big bucks, when they would be set to lose around $20 million in the gate revenue, if there were no fans in attendance.

How excited would you be to see Tony Ferguson vs Conor McGregor?