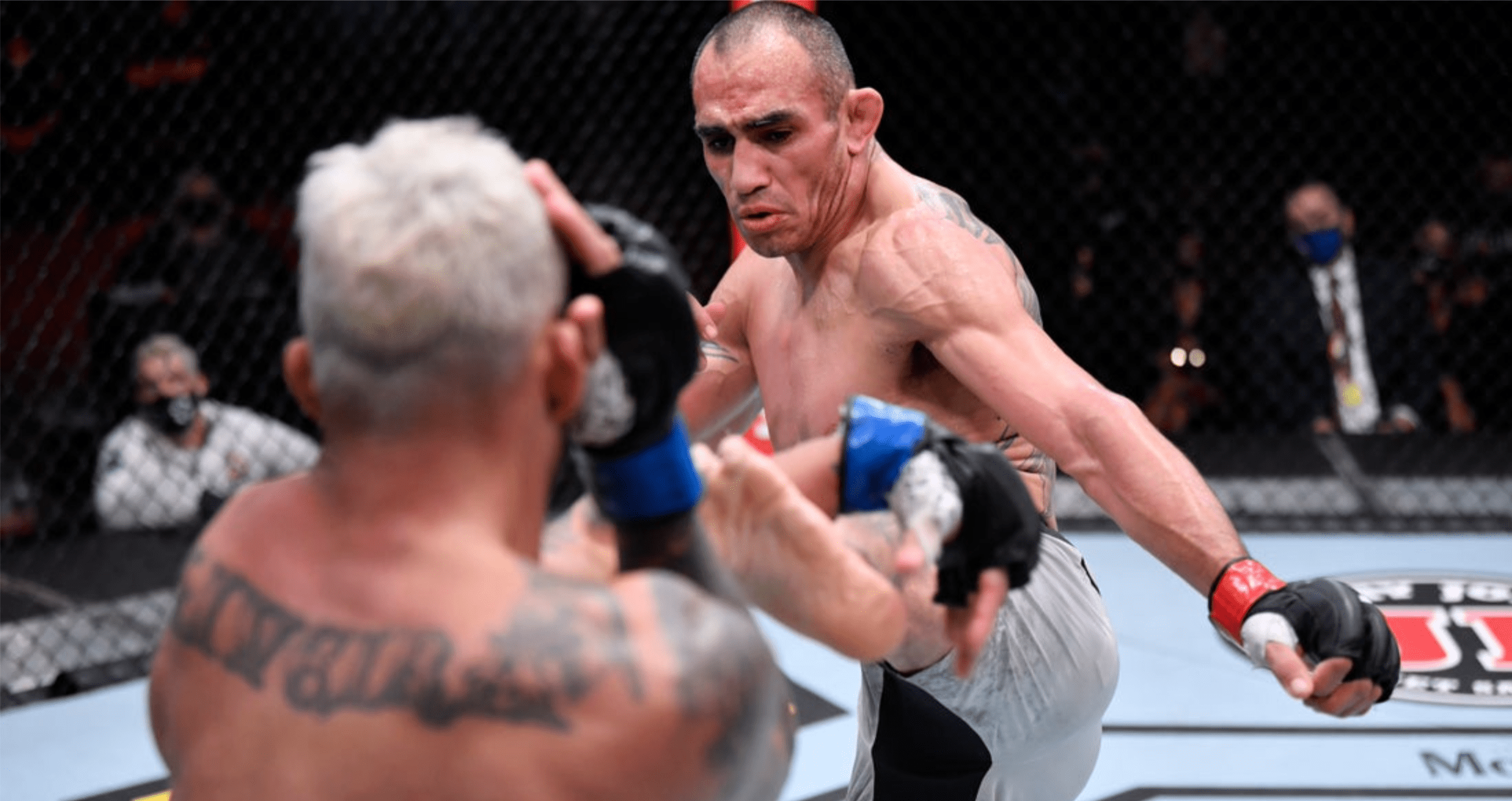 In the co-main event of UFC 256, Oliveira beat Ferguson to a comfortable unanimous decision victory. ‘Do Bronx’ was sharp on his feet and dominated the fight on the ground, almost snapping ‘El Cucuy’s’ arm in half with a deep armbar in the first round.

Taking to Instagram, Ferguson released a statement regarding his loss, saying that he has no excuses whatsoever.

“My crew. No excuses, I fell flat,” Ferguson wrote. “I went out and welcomed the attack instead of defend. The warm up time in the back for UFC hasn’t been the same since pre-covid. Still no excuses, times change and so do people. The time from the hotel to the UFC APEX is much more condensed and the aggressive level we needed was not reached.

”After the fight, we were checked by doctors and went back to the hotel. I felt it was in order to hit pads and spar immediately because the fight was fresh in my mind and blood circulation in my arm was needed. I really needed to figure out what the F’n problem was from the fight. Solution: Pre-fight time management.”

As well as addressing his mistakes, Ferguson also praised Oliveira, who he described as a wet blanket (a heavy pressure opponent), for his performance, but promised such a “scenario won’t happen again”.

“Chuck (Oliveira) was looking take my back or go for the armbar as soon as we hit the mat,” Ferguson continued. “Thus, I didn’t worry about the mount, kid was slick but so am I. I was looking for the knockout standing and D’Arce from bottom position once we hit [jiu jitsu] transitions. It was fun fighting against a wet blanket (AKA “heavy pressure opponent”). Mark my words, that scenario won’t happen again. Period.”

Ferguson went on to state that his arm was fine, and thanked his team.

“My arm is all right,” Ferguson confirmed. “The armbar was really tight. The thought of my son Armand Anthony’s ability to be double jointed in his elbow during that sequence and my mental capacity to endure pain got me through it. Breath, mental toughness.

“I’m beyond grateful and thankful for my talents. I have learned so much about myself this year and what my purpose in life is. My search for that epic word called ‘greatness’ isn’t over. Understand crew, we are far from being retired. So message to my haters ‘Shabam.’ Shout out to my team I put together on three weeks’ notice. We’re still green. Boys, thanks for not deserting me.

“Team, we’re barely scratching the surface to what we can truly accomplish and for that I say amen. It was great making weight and being around my fight fam for the week. I can’t wait till we compete in front of a big loud crowd again. It’s not the same without you all.”

Over on Twitter, Ferguson engaged in a war of words with Khabib Nurmagomedov and Justin Gaethje’s manager Ali Abdelaziz, who poked fun at ‘El Cucuy’ by calling him a “white belt”, following his loss to Oliveira. Leading to some back and forth between the two.

Responding to one fan, Abdelaziz said he would 100 percent accept a grappling challenge from Ferguson.

Ignoring Abdelaziz’s last few messages, Ferguson instead hit back at the ‘biased’ commentary of his fight at UFC 256.

As well as hitting out at Joe Rogan, Daniel Cormier, and Jon Anik’s commentary, Ferguson also hit back at UFC president Dana White for hinting that his best days are behind him.

Not done there, Ferguson then hit back at some fans who criticised his performance in the UFC 256 co-main event against Oliveira.

Do you think Tony Ferguson’s best days are behind him?