UFC: Tony Ferguson Jokes Nate Diaz Has Always Been His B**** 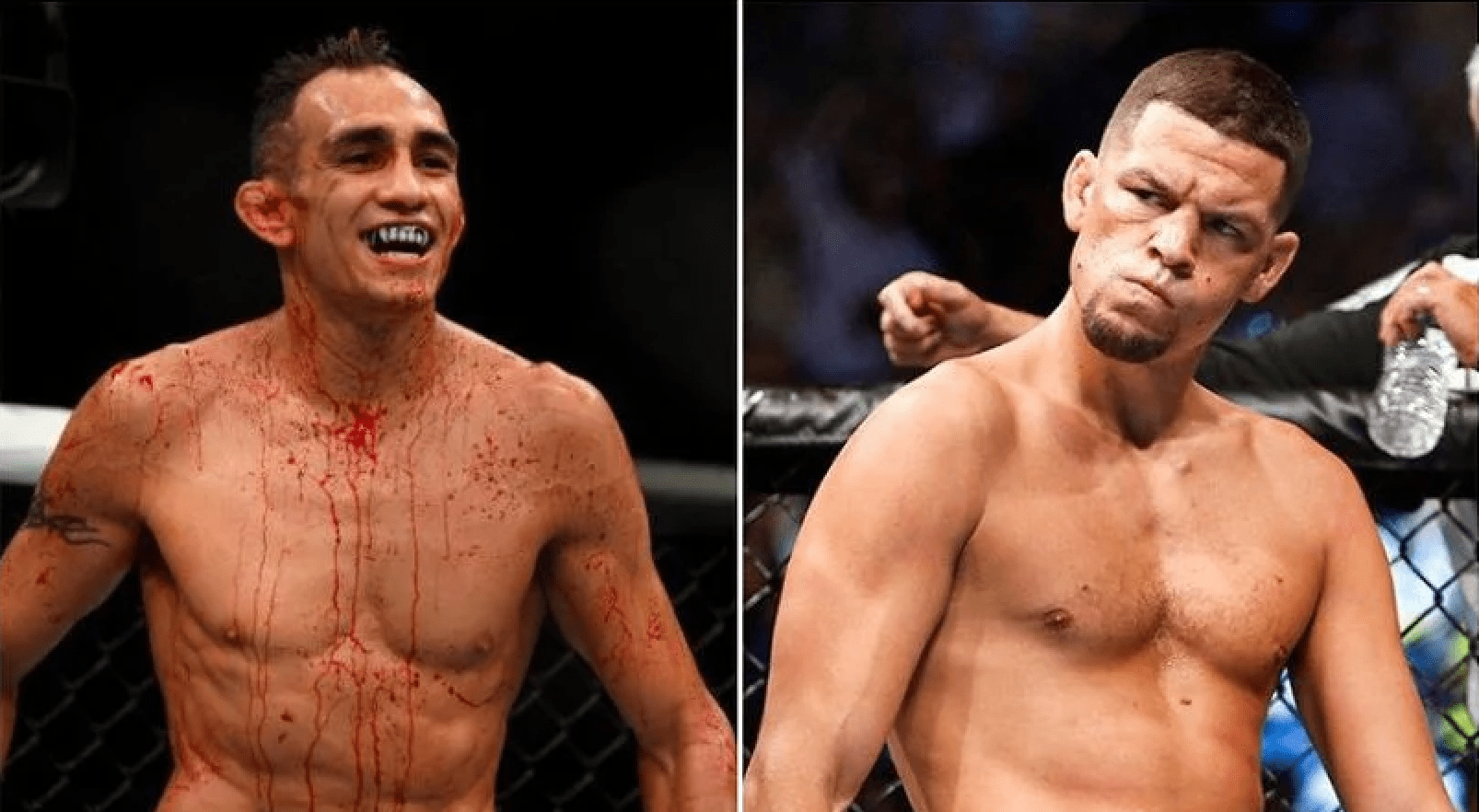 Tony Ferguson has laughed off Nate Diaz’s claim that UFC 262 sold out because of him. ‘El Cucuy’ faces Beneil Dariush on the May 15th card. While the Stockton native is set take on Leon Edwards in the first non-title five-round co-main event in the promotion’s history.

‘Nate Diaz Has Always Been My Bitch’

Speaking to Submission Radio (as transcribed by MMA Fighting), Ferguson explained why he called Diaz his ‘bitch’ in a recent tweet.

“Oh, he always has [been my bitch],” Ferguson said. “It’s just some s*** talk, just some light banter, man. I got nothing against the dude. He’s a good, solid dude. But when it comes down to the scrap game, it’s like come on, put ‘em up, put ‘em up.”

Running Into Diaz At UFC 262

One month out from UFC 262, Ferguson says he isn’t worried about running into Diaz during fight week.

“I got nothing against the kid. He’s Mexican, so I got a lot of love for the dude. We just happen to be in different divisions. But we’re different weight classes, so I shouldn’t f***ing trip too much. Like I said, there’s plenty of piles for everybody, it’s just different, you’ve got to take an open look at it and not be so f***ing greedy going after the same f***ing ones.”

Excited To Compete In Front Of A Crowd

For Ferguson, it isn’t important who sold out UFC 262. He’s just excited to be competing in front of a crowd again.

“We all know who really sold the card out,” Ferguson said. “We don’t have to name names, but it definitely wasn’t Nate’s punk ass. You know what I mean? Like, seriously, just come out of nowhere like a f***ing turtle. I love it.

“But when it comes down to it, it doesn’t matter who sold it out or what. It’s awesome to be a part of a card that’s actually going to f***ing be exciting. So, s*** talking or not, gawking, or whatever you want to call it, the fans are gonna be there. They’re gonna be loud as f***.”

Ferguson is coming off back-to-back losses to Justin Gaethje at UFC 249 and Charles Oliveira at UFC 256. While Diaz is also coming off a loss at the hands of Jorge Masvidal at UFC 244.

Would you like to see Tony Ferguson and Nate Diaz face off inside the UFC Octagon?