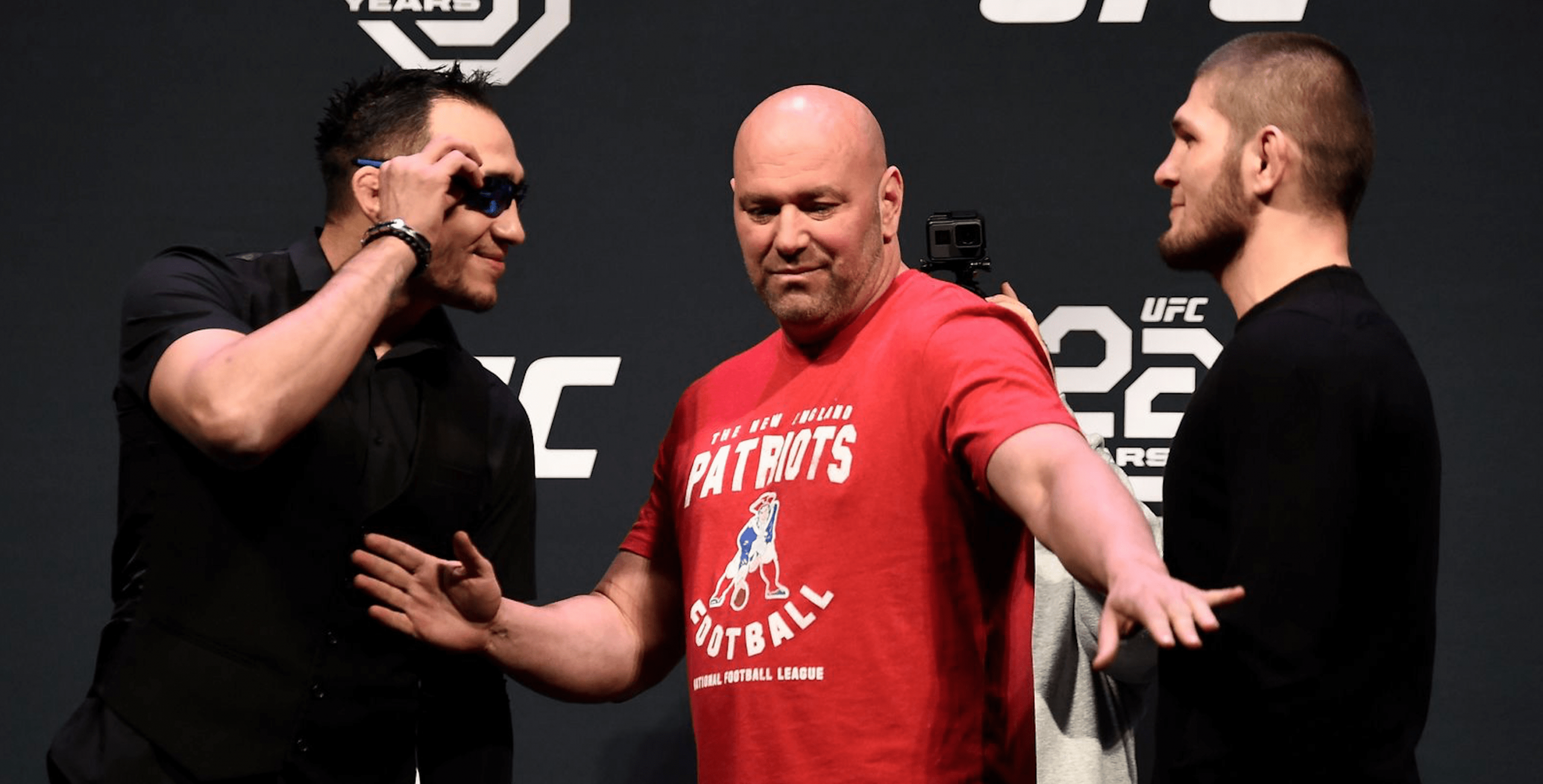 It’s been a big week for fight news. Firstly, Team Khabib confirmed that their man had signed his contract to fight Tony Ferguson. Then yesterday UFC president Dana White confirmed that Conor McGregor will return at UFC 246 against ‘Cowboy’ Cerrone. And now just moments ago, ESPN‘s Brett Okamoto took to social media to announce that Tony has signed his contract to face Khabib.

It’s on! Khabib will defend his UFC lightweight title against Tony in April, in Brooklyn.

After Khabib’s manager Ali Abdelaziz posted a photo of his man’s signed contract earlier this week, knowing that it would have put pressure on Ferguson and his team to accept whatever offer the UFC had put on the table for them.

This prompted Tony to take to Instagram to post ‘No more games. I’m open for business. Time to give the fans what they want’. Fast forward a few days and it would appear Tony and the UFC were able to agree on a deal.

Khabib is coming off a successful title defence against Dustin Poirier at UFC 242. This followed his fourth round stoppage over former champion Conor McGregor, in his first title defence at UFC 229. ‘The Eagle’ remains unbeaten after twenty eight fights, the last twelve of which came inside the UFC Octagon.

Tony is on a twelve fight win streak going back to 2012. The former UFC lightweight interim champion is coming off of a stoppage win over ‘Cowboy’ Cerrone at UFC 238.

This is the fifth time the two have been scheduled to meet inside the UFC Octagon. Khabib pulled out of their scheduled bouts in 2015 (injury) and 2017 (weight cut issues). While Tony pulled out through injury ahead of their planned fights in 2016 and 2018.

Khabib Nurmagomedov vs Tony Ferguson is set to go down on April 18th at Barclays Center in Brooklyn, which will most likely be UFC 249.

Who will make it thirteen wins in a row inside the Octagon?